At first glance, the eurozone economy seems like it might finally be on the mend. Stock markets are rallying. Consumer confidence has picked up. Lower oil prices, a cheaper euro, and quantitative easing by the European Central Bank are all expected to boost growth. ECB President Mario Draghi claims that “a sustained recovery is taking hold,” while policymakers in Berlin and Brussels latch onto signs of life in Spain and Ireland as proof that their bitter prescription of fiscal consolidation and structural reforms worked as advertised.

On closer inspection, however, it becomes clear that the improvement is modest, probably temporary, and not the result of the policies promoted by Germany. True, according to some estimates, the eurozone economy may now be growing at an annual rate of 1.6%, up from 0.9% in the year to the fourth quarter of 2014. But that is far slower than in the United States and Britain. With the eurozone economy 2% smaller than it was seven years ago, “recovery” does not feel like the right word – especially as the relief is unlikely to last.

For starters, the one-off boost from lower oil prices is already being unwound. After dropping by more than half between mid-June and mid-January, oil prices in euros have since bounced back by a third, partly owing to the euro’s sharp depreciation, which is making imports generally more expensive. The effect of that on households’ budgets and companies’ costs is hardly cause for celebration.

Policymakers are counting on a more competitive currency to stimulate growth. But they are likely to be disappointed. With eurozone exports increasingly reliant on global supply chains, a cheaper currency provides less of a boost than before. Exporters may also choose to pocket any gains, rather than seek to expand market share.

In 2014, exports from the eurozone amounted to nearly €2 trillion ($2.6 trillion at the time) – more than those from China. Given patchy global demand, rapid export growth will be difficult to achieve. In any case, with exports accounting for only one-fifth of the eurozone’s €10 trillion economy, they are unlikely to spur a strong recovery while domestic demand remains weak. According to the ECB’s model, the euro’s 10% depreciation over the past year (in real, trade-weighted terms) may lift growth this year by a mere 0.2%.

The benefits of quantitative easing are also likely to prove ephemeral. The decline in governments’ borrowing costs is unlikely to boost growth much, as European Union rules preclude fiscal expansion. Overall, the eurozone’s fiscal stance is set to be broadly neutral this year, according to the European Commission, albeit with further squeezes in Ireland, France, and Italy.

Quantitative easing does improve funding conditions for the few eurozone companies large enough to tap capital markets. But, even in the US and Britain, where capital markets play a much larger role in corporate finance, asset-price inflation did little to encourage consumers to spend or companies to invest. On the contrary, investment in a weak real economy has been far less attractive than the prospect of earning easy money from financial engineering. 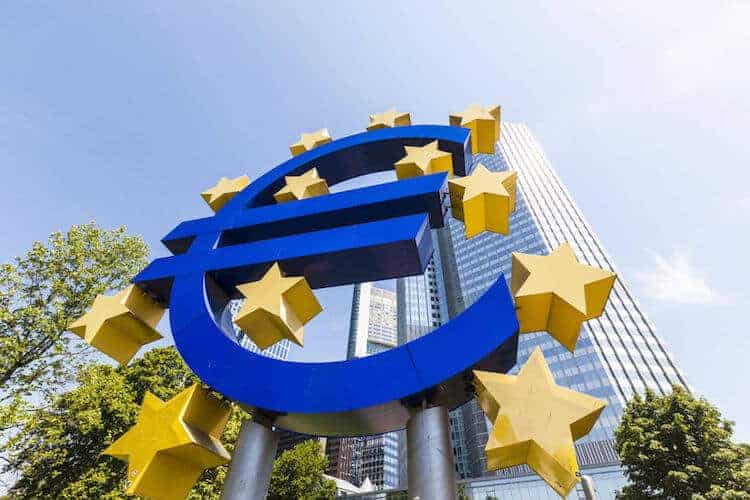 The Eurozone recovery is false according to Philippe Legrain.

Most businesses in the eurozone rely on bank finance, and while credit conditions have improved somewhat, lending is flat (and continues to fall in southern Europe). As long as zombie banks are weighed down with bad loans, that is unlikely to change much.

Nor can the small uptick in the eurozone’s growth, much less the relatively rapid expansion in Spain and Ireland, be attributed to the German recipe of fiscal consolidation and measures to increase export competitiveness. Indeed, nothing could be further from the truth.

Spain is hardly an example of a successful fiscal adjustment. On the contrary, its recovery coincided with the easing of the extreme austerity imposed in 2011-13, which has encouraged households to spend more, despite stagnant wages. Even so, its economy remains 5.7% smaller than it was seven years ago. A whopping 23.7% of Spaniards – and one in two young people – are unemployed, while many more have dropped out of the labor force altogether.

Meanwhile, Spain’s budget deficit was 5.7% of GDP last year, the highest in the EU. Its rapidly rising public debt is set to top 100% of GDP this year. As the country heads toward an election later this year, the European Commission has sanctioned the widening of its structural deficit. Rather than flourishing as a result of austerity, Spain is in many ways getting a free pass.

Nor does Ireland – the fastest-growing EU economy last year – confirm the appropriateness of Germany’s policy prescriptions. Ireland, after all, is a tiny, highly open economy whose booming export sector is benefiting from existing strengths – including low business taxes, a skilled workforce, and a flexible economy – and favorable external conditions, especially the strong recovery in its main markets, the US and Britain. Even so, the economy is smaller than it was before the crisis, the unemployment rate is in double digits, domestic demand remains depressed, and the €64 billion bank-bailout bill unjustly imposed on 2.2 million Irish taxpayers still looms large.

The eurozone economy is set to do a bit better in 2015, but not because of the policies demanded by Germany. And it is likely to be a temporary bounce, not the start of a sustained recovery. To overcome its balance-sheet recession, the eurozone needs to clean up its banks, reduce the crushing overhang of mostly private debt, redress the huge shortfall in investment, eliminate barriers to enterprise, and tackle the deflationary drag of German mercantilism. And that is why the eurozone will not escape its problems anytime soon.

Philippe Legrain is a Senior Visiting Fellow in the London School of Economics' European Institute. From February 2011 to February 2014, he was economic adviser to the President of the European Commission and head of the team that provides President Barroso with strategic policy advice in the Bureau of European Policy Advisers.