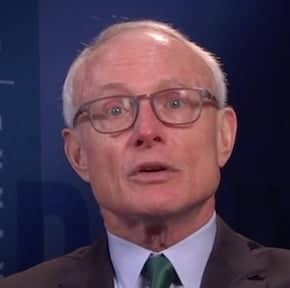 Economic growth has lifted hundreds of millions of people out of poverty and improved the lives of many more over the last half-century. Yet it is increasingly evident that a model of human development based on economic progress alone is incomplete. A society which fails to address basic human needs, equip citizens to improve their quality of life, protect the environment, and provide opportunity for many of its citizens is not succeeding. Inclusive growth requires both economic and social progress.

The pitfalls of focusing on GDP alone are evident in the findings of the 2015 Social Progress Index, launched on April 9. The SPI, created in collaboration with Scott Stern of MIT and the nonprofit Social Progress Imperative, measures the performance of 133 countries on various dimensions of social and environmental performance. It is the most comprehensive framework developed for measuring social progress, and the first to measure social progress independently of GDP.

Drawing on 52 indicators of a country’s social performance, the SPI offers a practical tool for government and business leaders to benchmark country performance and prioritize those areas where social improvement is most needed. The SPI thus provides a systematic, empirical foundation to guide strategy for inclusive growth.

The data reveal that many aspects of social progress, not surprisingly, tend to improve with income growth. Wealthier countries, such as Norway (which holds the top spot on this year’s SPI), generally deliver better social outcomes than lower-income countries.

But a striking finding is that GDP is far from being the sole determinant of social progress. Costa Rica, for example, has achieved a higher level of social progress than Italy, with barely a third of Italy’s per capita GDP.

And Costa Rica is not an isolated case. Across the spectrum of countries, from rich to poor, we see examples, such as New Zealand and Senegal, that are far more successful at translating their economic growth into social progress than others, such as the United States and Nigeria. Many of the fast-growing emerging economies, including China and India, have also not yet been able to attain the level of social progress that their economic progress enables.

In my own experience, I have seen how Rwanda made investing in social progress – including gender equity, a 61% reduction in child mortality in a single decade, and 95% primary school enrollment – integral to its economic development strategy. Rwanda’s positive economic performance would not have been possible without improvement in these and other dimensions of social progress.

Focusing on social progress in this way leads to better development strategies, and builds political support for the controversial steps sometimes needed to increase prosperity. Rigorous measurement of social performance, alongside traditional economic indicators, is crucial to starting the virtuous circle by which GDP growth improves social and environmental performance in ways that drive even greater economic success. And, by avoiding narrow debates, such as GDP versus income inequality, the SPI provides an essential tool with which to craft a feasible agenda that does just that.

Interest in the SPI has grown exponentially since its beta release in 2013. Findings are being shared among millions of citizens around the world, making it a tool for citizens to hold their leaders accountable.

Moreover, strategic initiatives to drive improvement in social progress are underway in more than 40 countries. Paraguay, for example, has adopted the SPI to guide an inclusive national development plan for 2030. And the SPI is being used not just at the national level, but by regional and municipal authorities as well. States such as Para in Brazil, along with cities like Bogota and Rio de Janeiro in Latin America and Somerville in the US state of Massachusetts, are starting to use the SPI as a measure of development success.

This year, the European Commission will roll out regional SPIs across Europe. And companies, such as Coca-Cola and Natura, are using the SPI to inform their social investment strategies and build collaborative relationships with public and private partners.

GDP has been the benchmark guiding economic development for more than a half-century. The SPI is intended to complement (not replace) it as a core metric of national performance. Measuring social progress offers citizens and leaders a more complete picture of how their country is developing. And that will help societies make better choices, create stronger communities, and enable people to lead more fulfilling lives.

Michael E. Porter, Professor at Harvard Business School, is chairman of the Advisory Board to the Social Progress Imperative.