Share on TwitterShare on FacebookShare on LinkedIn
The political forces most hostile to European integration are also the only ones to have formulated a common vision for Europe. 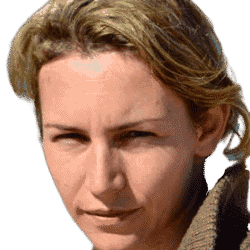 As Marine Le Pen, Matteo Salvini, Geert Wilders and other far-right leaders concluded their European electoral campaign with a joint rally in Milan, they hailed the dawn of a ‘peaceful revolution‘ in Europe. A recording played Puccini’s aria Nessun Dorma and its refrain of ‘Vincerò‘ (I shall win) filled Milan’s Piazza del Duomo.

They did not win, or at least the advances were not as significant as expected. But the results in France, Italy and also the UK show that the far right has succeeded in something arguably more lasting—shaping a common nativist vision of a Europe that is neither purely reactive nor purely nostalgic.

In Milan, the far right spoke with one voice. It vowed to defend the true Europe, a Europe of peoples rather than oligarchic neoliberal elites. The electoral campaign was made up of references to immigration and Islam as shared threats, the common heritage of Leonardo Da Vinci and Jeanne D’Arc and a vision defending the victims of austerity against the elites in Brussels.

The left may challenge the facts behind these assertions or the good faith behind the promises. Research shows that immigration benefits host societies. Flat taxes of 15 per cent, like the one defended by Salvini, exacerbate inequality. Religious intolerance has divided the continent well before the rise of multiculturalism. Patriarchy dominates even in secular family structures. Our shared heritage is as much one of colonial oppression as it is of collective freedom.

Yet pointing out these isolated facts is unlikely to challenge the grand narrative of the right. The left needs its own vision of a pan-European democratic revolution, not just reacting to the threat of its right-wing counterpart.

The secret of the advance of the new right is that it practises what the old left used to preach. It is a new international, with a shared message, a shared vision of social change, shared adversaries and now a shared political platform. It does all that while cultivating local roots and speaking a language that people understand. Instead of classes it speaks of nations, instead of politics it speaks of culture, and instead of capitalists it speaks of immigrants.

Yet it is a paradox that those political forces most hostile to European integration have also been the only ones to formulate a common vision of what Europe should and should not be. It is a paradox that it befell to Salvini to evoke the founding fathers of Europe, from De Gasperi to De Gaulle, and to speak of their betrayed dream of a Europe of peoples.

At no point during the electoral campaign was there a concerted effort of the largest social-democratic parties to occupy a platform together, to organise a common rally, to critically reflect on Europe as a joint project, to involve their activists in deliberation about its future. At no point did they try to take stock of Europe’s crisis of representation, or acknowledge their complicity in its failed neoliberal structure. At no point did they try to understand why the right is proving so effective at filling the gap between representatives and the represented.

Plausible transnational initiatives, like that of DieM25, were on the right track morally, and politically. But without a history of mass political mobilisation and without local roots they were always going to remain isolated from bottom-up traditional forces, and attractive only to a handful of intellectuals.

Elections are usually the time when parties reconnect with members and ordinary citizens. Increased turnout shows European citizens are neither indifferent to Europe nor hostile to politics. Yet while the European elections were greeted everywhere as the most important in recent history, domestic issues continued to dominate. The centre-left continued to chase the right, on the critique of multiculturalism, on tougher borders, on tax cuts—and, as predicted, it has lost ground.

In France and Italy, the left has now all but disappeared, in the UK it has become a victim of its ambiguity. Where it survives, as in Spain and Portugal, or where the Greens have made significant advances it is because of clear commitments against austerity and reaping the benefits of the only pan-European protest movement to have occupied the screens—the climate strikes.

It is time to bring those isolated social-justice campaigns to Europe as a whole, and to put them at the service of a renewed political project. Unions, disenfranchised immigrants, self-employed workers, climate activists, local campaigners are let down by the current economic structure, by an alienating system of representation and by years of technocratic administration and political demobilisation.

The centre is now dead and, while the radical left and the radical right wrestle with each other, only one of them has the potential to deliver lasting social justice without the exclusion of vulnerable minorities. Only one of them has the political tradition and democratic resources to resist racism and xenophobia, to part ways with neo-colonialism, to challenge capitalism, to defend the environment.

From the left, only the vision of a socialist European federation will offer a radically new alternative to the status quo. The far-right international is here. When will the left wake up?