A decade after the onset of the global crisis, youth unemployment remains high in many industrialised countries. But it’s not an act of nature. 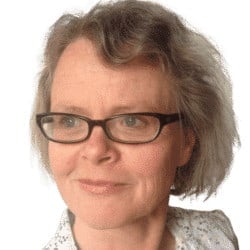 The International Labour Organization (ILO), which marks its centenary this year, shone a spotlight on young people’s opportunities for work with a panel discussion at its recent anniversary conference. At the event, young academics from the middle east, Africa and Latin America probed the causes of the high global rate of youth unemployment.

The issue is not however confined to the countries of the global south, home to a large proportion of its young cohorts. In many industrialised countries youth unemployment is also above the world average of 11.8 per cent.

Indeed, in the wake of the financial and economic crisis, youth unemployment has skyrocketed in almost all industrialised countries, especially in southern Europe. When the impact on the labour market peaked in Italy in 2014, 42.7 percent of 14-25-year-old job-seekers were without work. In Spain, the figure was as high as 55.5 percent in 2013, while it stood at 58.3 percent in Greece in the same year.

The good news is that, since this spike, youth joblessness has receded, in some countries significantly. The bad news is that it remains far too high.

In the latest EU Social Justice Index 2017, published by the Bertelsmann Stiftung, the authors urge member states to intensify their efforts to combat youth unemployment by ‘improving vocational training, further reducing the number of early school-leavers, and better facilitating the transition from the education system into the labor market. There is frequently a great discrepancy between the demands of the labor market and the skills made available by the education system.’

Failing to secure a job means young adults face a hurdle right at the start of their independent lives. They remain reliant on their parents, boosting feelings of exclusion and helplessness.

It is a political as well as economic challenge, as those lacking prospects often veer towards extremist and populist movements. Anti-democratic attitudes commonly emerge from a context of personal crises: a sense of being socially excluded and an inability to improve one’s lot often triggers a rejection of the ruling system.

In Spain, Italy and Greece, every third young job-seeker is still struggling to find work. In 2017, in 13 of the 41 OECD and EU countries whose policies were compared by the Bertelsmann Stiftung’s Sustainable Governance Indicators (SGI), youth unemployment was above 15 per cent.

Indeed, the latter group included Finland (20.1 percent)—highly praised for its school education—and Sweden (17.9 percent), which is the leader in the SGI economic-policy ranking. In its 2018 report on Sweden, the SGI country experts noted that ‘there has been extensive debate about introducing an apprentice model to help younger age cohorts to make the transition from education to the labor market’.

Switzerland, Norway and Germany have however not witnessed a dramatic increase in youth unemployment in the aftermath of the crisis. One reason for this, according to experts, is the success of the dual training system which is particularly important in Germany, Austria and Switzerland.

In Germany, young people and young adults gain hands-on experience of their future professions in companies, while completing the theoretical part of their training in vocational schools. Ideally, trainees should be taken on by the training company after their apprenticeship. Where this is not possible, they can use the experience gained during their apprenticeship to apply to other companies, thus easing their transition to working life.

Overall, the countries with a relatively high proportion of apprentices, such as Germany, Austria, Australia, Denmark, the Netherlands and Norway, have significantly fewer problems with youth unemployment than countries with a low supply of them, such as Belgium, France, Spain or Italy.

Among measures adopted by the EU in 2012 to combat high youth unemployment are transforming attitudes to vocational training and supporting reform of training systems to improve the quality of vocational training and the supply of training places. But success does not depend solely on the commitment of companies to practical training: a comparative country study by several German foundations and institutes also identified flexibility of training content, target-group diversity, high-quality vocational guidance and promotion of national and international mobility.

The ILO’s Global Commission on the Future of Work recommends that ageing societies co-operate more with countries with younger populations on vocational training, because this would benefit the labor market overall. In addition, governments should improve youth opportunities through employment programmes and the promotion of entrepreneurship. The organisation emphasises the private sector’s responsibility to provide young people with a quality education and a first job, as well as the need for policy-makers to ensure social fairness and avoid the exploitation of the young as cheap labour.

Above all, for young people and young adults, work means more than just economic independence. It provides a sense of meaning—forging identities, networks and opportunities. Withholding all this from young people is a recipe for disaster.

This article was translated from German by Jess Smee.

Karola Klatt is a science journalist and editor of SGI News and the Bertelsmann Stiftung's BTI Blog.