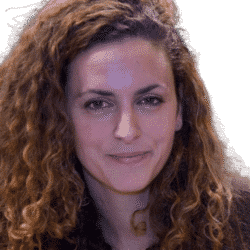 A figure has become a symbol for gender inequality in the European Union—16 per cent. It’s the gender pay gap. To tackle it, we first need to define what it represents. It is not only that different amounts of money are paid to men and women in companies they work for but that they are differentially represented within their work environments.

The gender pay gap was the theme of an event organised by the European Institute for Gender Equality (EIGE) in Dublin this month. Jolanta Reingarde, the research and statistics programme co-ordinator of EuroGender, explained that women’s employment rates and working hours were also lower than men’s—with over 8 per cent of women aged 20-64 never having worked, compared with 3 per cent of men. The accumulated impact of gender inequalities in employment resulted in a 40 per cent gender gap in overall net yearly earnings and, over the life course, a consequent 37 per cent gender gap in pensions to the disadvantage of women.

Yet only 30 per cent of the gender pay gap can be thus explained. This uncertainty in contextualising the numbers stems from the complexity of assessing discrimination in hiring, gender differences in career choice and the perceived contrast in the duties of women and men at home.

EIGE’s research shows that the gender pay gap is biggest—at 48 per cent—in couples with children younger than seven. For men, having children doesn’t evoke financial crisis—on the contrary, it is rewarding: motherhood is associated with higher salaries for fathers. This is not the case on the female side of the household.

Flexibility at work is, relatedly, a crucial issue. For men, the more money they earn the more flexibility they enjoy. For women, on the other hand, while flexibility is much more significant in terms of work-life balance, it doesn’t increase with income.

Age is also very relevant. Young graduates entering the labour market are virtually unaffected: for them the gender pay gap is only 3.3 per cent. The greatest gap, 21.9 per cent, is among the 40-49 years cohort—related once again to having a family.

The Czech Republic meanwhile reports the highest gender gap among the richest. Regarding type of business, while finance and insurance has the best gender balance it has the highest pay gap as well. Arts and entertainment is the sector where the pay gap is the highest among the young.

For the first time in 2017, the European Commission adopted an action plan to tackle the gender pay gap. It lists a broad set of measures, including combating occupational segregation and the caring penalty and raising awareness of inequalities and stereotypes.

Pay transparency is one of the most important measures to tackle the gender pay gap. Sweden has made most progress in this regard: employees have a right to information about the pay of their colleagues, on which companies with more than ten employees have to report. Collective bargaining is supposed to comply with the legislation as well.

Ireland has been rolling out gender-pay reporting, starting with the largest companies. Kara McGann, senior labour-market policy executive with the Irish Business and Employers’ Confederation and one of the guests at the EIGE meeting, said: ‘As a tool, it’s actually measuring gender representation in an organisation. It might tell us that we don’t have women in the senior positions and that women work part-time more often than men and when we know that it will really help us to get action around gender parity.’

The greatest difficulty is to define equal value across professions. For instance, is it feasible to compare the work of nurses and policemen?

Strong national equality bodies are necessary and collective action is much more important than that by individuals. And if there are no sanctions, there won’t be appropriate outcomes either.

Inclusive language is also crucial, including for raising awareness. At the EIGE conference in Dublin, its new toolkit on gender-sensitive communication was presented. Sometimes we think that we are inclusive if we’re gender-blind. Not so. The toolkit helps us to avoid sexist, gender-discriminatory and gender-biased language. But it also suggests that carefully gender-blind language can diminish the role of women. Gender-sensitive language is to be favoured.

Marina Lalovic is a Serbian journalist based in Rome. She works at Radio Rai 3, where she is one of the hosts of Radio3Mondo, a radio show focused on news from around the world. She was previously a correspondent for the Serbian daily Politika and for the broadcaster B92. Currently she is a visiting fellow at the Institute for Human Sciences in Vienna.