Advertisers still often hit consumers with gender stereotypes. And do they often miss—at their own business expense. 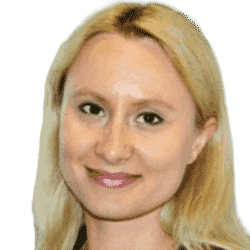 Remember the infamous ‘beach body ready’ campaign from 2015 for the supplement brand Protein World? It’s the one that challenged passersby with a steel-gazed, bikini clad, perfectly toned model and the slogan ‘Are you beach body ready?’. And what about the ad by fashion retailer Zara in 2017, where skinny teenage girls encouraged women to ‘love’ their curves?

It turns out many consumers have had enough of this sort of advertising. Some were quick to take to graffiti and tweak the Protein World slogan to ‘every body is ready’. Similarly, people tweeted that there were fewer curves on Zara’s models than on EU-approved bananas. But, thanks to this public backlash, such ads may soon be a thing of the past in the UK, with new advertising rules have just come into effect.

The decision follows a report into gender stereotypes by the UK’s Advertising Standard Authority (ASA), published in 2017. This concluded that gender-biased advertising may have negative effects on consumers and that new regulations were needed to prevent them. As a result, the new ruling states that ‘advertisements must not include gender stereotypes that are likely to cause harm, or serious or widespread offence’.

This means that advertisers will no longer be allowed to portray a woman struggling to park a car or a man incapable of changing nappies solely due to their gender. Depicting a woman as the only family member responsible for cleaning up after others, especially while the man has his feet up, will also be banned.

It will also no longer be allowed to ridicule men performing stereotypically ‘female jobs’, such as cleaning, or imply that something is ‘so easy, even a man can do it’. In fact you can’t even do it jokingly—the ASA recognises that humour does not make gender-biased advertising less harmful.

The new rules will affect children in advertising too. For example, an ad that portrays girls as caring in opposition to boys being daring will be deemed inappropriate as it reinforces gender stereotypes of personalities. However, children can still be depicted performing gender-stereotypical activities as long they are not dismissive of, or excluded from, a given activity.

The new ban regulates gender stereotypes of physical appearance too. For example, an ad implying that a person’s romantic or social failure is down to their looks will be challenged. This includes ads targeting new mothers, suggesting that they should prioritise idealised looks (of themselves and their house) at the cost of their emotional well-being. Similarly, campaigns such as the ‘beach body ready’ will be a no-no.

Gender-biased ads are bad both for consumers and for brands. As I have written elsewhere, psychological research shows that viewing gender-biased advertising leads to a number of negative effects for women. These include lower ambition, reduced interest in politics and underperformance on maths tests. But they affect men too, making them more sexist and leading to lower self-esteem.

Advertisers and their clients pay a price too. Consumer backlash leads to negative brand image and risks lower sales. Consumers (both male and female) say they are less likely to want to purchase products or services from companies that produce ads which portray idealised or unachievable standards as they threaten the social identity of consumers. Women are also put off buying products such as financial or car services when these are portrayed as masculine, because they find them threatening.

Given these negative effects for consumers, advertisers and their clients, the new rules are certainly needed. But are they sufficient?

Ultimately, the aim of the ASA is not to eradicate gender stereotypical portrayals but to identify and prevent harmful advertising—one which implies that certain roles and characteristics are exclusive to one gender.

This means that more subtle gender bias is probably here to stay. I propose the ASA rules need extending in a number of ways. For example, relying on ‘general accepted moral, social or cultural standards’ against which the current rules identify ‘serious or widespread offence’ may overlook the fact that many gendered practices have historically been deemed acceptable and yet were harmful. Think about binding women’s feet in China, for example.

Given that media effects can be cumulative, regulatory bodies also need to monitor the volume of permissible gender-stereotypical depictions, such as portraying one gender only. For example, you might be able to show women shaving their legs if the product is a women’s razor, but that still sends a message that women—and not men—should shave their legs. This is especially the case in the digital space, which seems more gender-biased than traditional media.

So what should advertisers do to flourish in this new environment? Given the ongoing disconnect between social reality and gender content in advertising, the increasing consumer backlash and scrutiny from regulators, they would do well to embrace the new rules. The good news is that research by others and I offers robust empirical evidence for the economic profitability of socially-responsible, non-biased ads. Some famous examples of successful cause advertising include the Dove’s ‘Real Beauty’, Always’ ‘‘Like a Girl’ and Cheerios’ ‘How to Dad’ campaigns. We can only hope that companies take this to heart.

The new rules are certainly a move in the right direction. But unless the industry itself is ready to genuinely and fully embrace the battle to reduce sexism, gender stereotypes may well not die just yet.

Magdalena Zawisza is an associate professor / reader in gender and advertising psychology at Anglia Ruskin University.