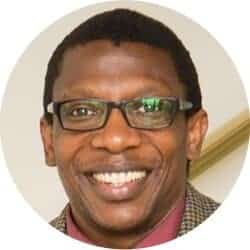 COP 24 in Poland starts the exit of Chancellor Angela Merkel from international climate politics. And when she finally leaves in 2021, her exit from negotiations on global warming may create chaos with significant ramifications, if action to “save the planet” continues to lag as it has since the 2015 Paris Agreement and the vacuum she will create is not quickly filled.

Scientific environmental analysis is no longer as necessary to resolve climate change as is unrelenting and courageous political will. Sadly, in about two years’ time when Merkel quits national politics, the world will be left wanting for a political leader on international climate politics. Now more than ever, there is a dire need for political leaders who are keen to translate the abundance of scientific proof on climate change into substantive and tangible actions.

Certainly, Merkel is no climate saint despite being nicknamed ‘climate chancellor.’ As a matter of fact, there is no political leader on whom such status can be bestowed. And sadly, none has done sufficiently enough to address climate change. But compared to many in developed countries, Merkel, a former environment minister in Chancellor Helmut Kohl’s government before becoming chancellor in 2005, provides sound leadership on international climate talks. Unfortunately, Germany continues to burn coal with Merkel as chancellor. 20.68 Gigawatt (GW) of brown coal and 27.64 GW of hard coal were being burnt when she took office. Today, 21.20 GW and 25.05 GW respectively are still being burnt. Such failure has caused some within Germany to argue that clouds of soot hover over her once glistening courage in championing environmental issues. Indeed, Merkel conceded in Bonn last year, “we still use a lot of coal, lignite.” She’s yet to muster stamina to face down the coal industry.

And Germany’s overarching Marshall Plan with Africa encompassing “economic, financial, trade, security, legal, environmental and health policy” mainly remains just that: a plan yet to meet dire needs on climate change in the continent, which made negligible contributions to the problem. In Bonn, she promised to double Germany’s contributions to climate finance. Merkel could provide leadership by influencing change at the Green Climate Fund, which seems more interested in securing investments than funding energy transition in the continent.

That said, renewable energy production increase in Germany is an outcome of Merkel’s will, leadership and courage. She capitalized on the Fukushima Daiichi nuclear disaster and captured anti-nuclear sentiments in Germany into the arguably flawed Energiewende, Germany’s energy transition policy. Today that contributes electricity from solar which has increased from 2.06 GW to 45.15 GW under her chancellorship. Germany counters the argument, yea fear, that economic growth cannot be powered with renewable energy. Since 2011, wind and solar, separately, have made far more contributions to electricity in Germany than coal.

Merkel’s failures and successes within Germany illustrate the complexities and difficulties involved in reducing carbon emissions. Politicians gathering at the Miedzynarodowe Centrum Kongresowe in Katowice this week to take stock of their failures and successes on climate change need also to reflect on: who amongst us is to fill the Merkel vacuum? That question is missing on the 20-point agenda for the climate talks in Poland.

After failure to cajole President Donald Trump into sticking to the Paris accord at the G7 summit in Sicily, it was Merkel’s political leadership that helped end speculations on who and what would follow. Trump said honouring his country’s responsibility as the second largest global polluter would mean a “massive redistribution” of US wealth. And the same day he abandoned the accord, Chinese Premier Li Keqiang stood beside Merkel in Berlin and asserted that China, currently the world’s largest polluter, “will stand by its responsibilities on climate change.” A day later in Berlin, Merkel hosted India’s Prime Minister, Narenda Modi. And before her guest spoke at their joint news conference, she said India had made it very clear that they knew that climate change is a major challenge to all of us. The Indian premier signed up for an Indo-German solar partnership that may contribute to changing his country’s unenviable position as the third largest national polluter.

With that, Merkel helped stop a feared collapse of the Paris Agreement. The Chancellor also joined Italy and France in responding to Trump, issuing a joint statement stating that the accord is not up for re-negotiation. Long before the Paris Agreement, in 2007, Merkel had convinced others during a G8 summit in Heiligendamm to agree to a non-binding CO2 emissions cut by 2050.

Political leadership costs money. And because of the agreement’s principle of common but differentiated responsibility, which basically means higher polluters pay more, countries that produced negligible greenhouse gas emissions, mostly in developing regions, can understandably step aside from consideration. This means options to fill the vacuum Merkel’s exist will inevitably create must come from within the EU or Canada.

French President Emmanuel Macron could take up the mantle. But following the Paris Agreement, he made a few good speeches, organized yet another climate conference and launched the cosmetic “make our planet great again” website. Much more needs to be done. And until Macron begins, sooner rather than later, to shut down France’s 58 nuclear power plants, he remains in as tough a position to step into Merkel’s spot, as he is now, dealing with the fallout of his tax designed to pay for renewable energy. This has resulted in three straight weekends of protests by the “yellow jackets.”

The UK is bent on extracting trillions of cubic feet of shale gas, with government “encouraging safe and environmentally sound” digging up of fracking fields across the country. Certainly, no one expects debt-heavy Italy, currently unable to submit a budget that meets EU rules, to assume international leadership on climate change. The Dutch, once champions of renewable energy, now burn more coal, oil, petroleum, and natural gas, meaning 91 per cent of energy consumed in the Netherlands is from fossil fuels.

Canada’s Prime Minister Justin Trudeau, who recently bought oil pipeline assets for C$4.5 billion to increase Canada’s oil exports, is busy convincing the world that “growth of the economy and protecting the environment go together.” That may be true but Trudeau is yet to strike the right balance that will put him in position to implore China to use less oil. And the unspoken hope held in some quarters within Europe that Trump will soon be gone and the next White House tenant will champion the accord is quite simply irresponsible.

Promises and pledges after the Paris Agreement came into force two years ago have not amounted to much substance. A sobering stocktake shows global emissions are rising. It took 21 years to negotiate the Paris Agreement. We don’t have 21 years to negotiate how it should be implemented. Undoubtedly, routine impassioned commitments to resolve climate change, empathetic sentiments expressing solidarity with developing countries and arguments on how to implement the accord will again be heard in Poland. But such piety will not keep global temperatures below 2°C. COP 24 should produce a courageous leader with unwavering moral fortitude and will to make climate change a political priority. Merkel’s leadership was only a start. Someone needs to follow that act.