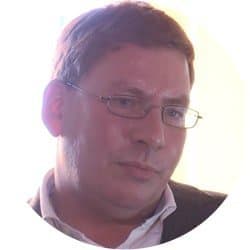 After a series of steps towards liberalization between 2002 and 2012, Turkey’s AKP government showed its teeth in 2013: it announced plans to build a shopping mall on Gezi Park – one of the last green parts of the inner city of Istanbul. Widespread protests ensued, which were not just about the environment but also a culture change: Many rejected President Recep Tayyip Erdoğan’s bid to impose a mix of neo-liberal economics and Islamic morality on the country. The protests soon became violent and were crushed with considerable brutality by the security forces.

Roughly two years later, Erdoğan first began to bend the Turkish electoral law to his will. In the elections of summer 2015, he scored a narrow victory for his proposal to implement a presidential system. The success was tainted (for him) by the Kurdish-led HDP (Party of Popular Democracy) entering parliament despite the near-prohibitive 10 percent electoral threshold. A hastily concocted second election that autumn gave the AKP a much more solid base for their rule.

Regular elections, supposed to embed the new presidential system, were scheduled for autumn 2019. However, Erdoğan, aware that developments were not going his way, decided to bring them forwards to June 24, 2018. Both politics and economics underpinned this decision.

In the meantime, Erdoğan appears to have his back to the wall. His harsh pursuit of those he calls “terrorists”, often adherents of the Gülen movement, but more generally all those who do not support his policies, has divided rather than united the Turkish republic. His anti-Kurdish policies in northern Syria have alienated long-term allies, such as the United States and the European Union. Arguably worse still, the Turkish economic miracle he achieved in the first decade of power seems to have run out of steam. By mid-May the Turkish lira was in free fall, prompting the president to call upon Turks to exchange their dollars and euros into lira in order to shore up the currency. By the end of the month, the fall of the lira seemed to have stalled, but Erdoğan’s most important achievement –stabilization of the economy – seems nevertheless in danger.

Authoritarianism on the rise

The EU accession process of Turkey has always had farcical elements. The country was viewed as a candidate for membership as early as 1999, with negotiations beginning in 2005 (after Turkey had played a highly constructive role in the 2004 referendum for the re-unification of Cyprus in 2004). But strong resistance to Turkish membership prevailed in several influential EU countries, including Germany, France and Austria.

Right now, the EU itself is beset by deep crisis, with split lines running between “northern” and “southern” members among others. The Union seems to be unable to determine its own future at the moment, let alone thinking about taking in a new member of the size and geo-political importance of Turkey.

The Bertelsmann Stiftung’s Transformation Index (BTI) country reports of 2010, 2012 and 2014, and 2016 all accorded Turkey a democracy status of above 7 points out of 10. However, this figure, which reflects where a country stands on the road to democracy, declined sharply to 5.6 points in the 2018 report, dragging it down from a ranking of 33rd place worldwide to just 67th place. After the failed military putsch of July 2016, Erdoğan’s government has been regarded as increasingly authoritarian – and his hold on power is more fragile.

With this weekend’s premature ballot he aims to consolidate a presidential system with no limit of terms in office for the incumbent, while also eliminating the office of prime minister and drastically weakening the powers of parliament.

The greatest danger for Erdoğan’s plans does not come from political opponents but rather from the potential failure of the Turkish economic miracle. Inflation, as a recent Spiegel report indicates, is running as high as 12 percent within a month (April – May 2018) as the lira weakens further.

Thus, Turkey seems in a sorrier state than it has been in for many years. Its democracy is in shambles; while opposition parties are still able to operate, their work has been hampered by multiple obstacles, partly connected with the continuous state of emergency which the AKP is able to maintain through its parliamentary majority. Independent media have been curtailed to such an extent that the “freedom of the press” has become an alien term. Numerous journalists, officials, academics and businessmen have either been dismissed or arrested, with trials frequently pending for months or even years.

The outcome of the June 24 elections remains speculative. Given the Turkish electorate’s penchant for a “strong leader”, Erdoğan may well win. The AKP, on the other hand, stands a good chance of losing its absolute majority, mainly due to the formation of the “Iyi (“Good”) Party”, which is competing with the AKP on a center-right platform. The economic downturn in Turkey will likely negatively impact the AKP, and therefore Erdoğan’s electoral prospects.

What does speak for Erdoğan is his impressive political and economic record during his first decade in power, as well as the absence of any charismatic opponent. Muharrem Ince (Republican People’s Party, CHP) and Meral Akşener (IYI-Party) are both experienced and respected politicians, but they cannot match Erdoğan in popular appeal.

Dr. Tilman Lüdke is a Senior Researcher at the Arnold-Bergstraesser Institute and a country expert on Turkey at the Bertelsmann Stiftung’s Transformation Index. By training he is a scholar on the Modern Middle East and historian. His main research interests are the relations between Germany and the Middle East in historical perspective, political Islam, nationalism in the Middle East and the history of the Cyprus Conflict.