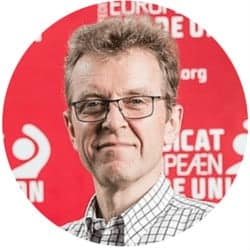 Economists have been pretty silent over the summer. It has probably been too hot to come up with new ideas. Generally speaking, most of them are more passionate about 2% inflation or ½% growth and other economic key figures than about the 2% rise in the Earth’s temperature.

This summer, wildfires spread all over Europe and the world and not a day passed by without thousands of firefighters battling blazes, with soldiers being dispatched for support against the unprecedented speed and expansion of fires.    Many countries offered support and sent experienced firefighters. However, the resources available to respond cannot cope with the multitude of fires burning ever more quickly and expansively over longer periods of time. Choking smoke makes it impossible for people to stay in the neighbourhood.

When reading the Press, a majority of the reports on the fires send out warnings against being too quick to link the hot summer to climate change. There seems to be a consensus that it might well be a seasonal variation and there has always been extreme weather, as, for instance, in 1540. They nearly all add that much more evidence is needed to have definitive proof of climate change.

These underlying messages are somewhat disturbing. They are probably right: it is not fake news to say that the final proof will be a burning uninhabitable globe. But is it reasonable to wait for the final proof and to continue to emit CO2 without any incentive for a change of course? There are all-time records of heatwaves in many parts of the world and in particular temperature records during the night. It cannot be overlooked that glaciers and polar ice caps are melting, the sea level is rising, coastal and island regions are flooding, areas of drought expanding. All the facts are on the table. Climatologists warn that these developments might be irreversible.

The challenge requires a systematic response, by politicians, economists and climatologists – and other key stakeholders. The problem is that this response might fail and the same errors as with the financial crisis which nobody saw coming or predicted. As always there are winners and losers – and many who do not feel concerned and will join the rank and file of climate change deniers. The easiest justification for not caring is to deny climate change and so to exculpate the polluters. Who is ready to leave the comfort zone? It is easier to name those who are unwilling:

All climatologists agree that only by dividing CO2 emissions by factor 4 could the climate catastrophe be stopped. Factor 4 must be reached in 2030, i.e. almost tomorrow. Is this shrinking of CO2 emissions possible without accepting the de-growth paradigm? Digitalisation could be the necessary tool to steer de-growth in an intelligent, fair, social, inclusive, egalitarian, and sustainable manner. A conceptual revolution is necessary, or civilisation will face its demise.

The next crisis will be climatic and worse than the financial one. The financial markets crisis could be addressed by the responsible actors such as monetary authorities, finance ministers and central banks. There is no such key actor for the approaching climate crisis. Some peripheral action from national authorities has been reported such as drafting emergency plans to deal with heatwaves, to improve fighting of forest fires, to better equip fire brigades, to dispose of more firefighting airplanes – this and much more is necessary but not sufficient, it‘s like a drop of water on a burning planet.

What is urgently needed is a holistic approach, a vision of how to preserve a sustainable earth, not only for us but for our children and future generations. It is time to step outside of the comfort zone before it is too late. We need an action program not only for the willing but for all the core countries with high CO2 emissions and we need strong leadership to push it through. This necessary and urgent action program will probably demand painful adaptations to the new situation, going through to all levels – global, European, national, regional, local. Who will take the lead?