With still fewer than 50 fatalities, there is much to learn from how New Zealand’s Labour government has handled the pandemic.

Aotearoa New Zealand has had the great good fortune to be guided through the pandemic by a progressive government, led by the New Zealand Labour Party (NZLP)—first in coalition, now in an unprecedented, single-party, majority administration elected under the German-style system of proportional representation.

By a mixture of luck and good management, the country of five million has suffered fewer than 50 deaths to date from Covid-19 and is almost the only nation to have recorded an improvement in life expectancy. Despite the closure of international tourism and education, the economy has barely missed a beat (albeit buoyed by government support for businesses and workers). And despite several lockdowns, the country has paradoxically experienced one of the longest periods of unrestricted internal mobility.

As with others in the region, such as Australia, Singapore, Hong Kong, China and South Korea, from the outset New Zealand pursued an elimination strategy, with tight control of borders and active suppression of outbreaks through lockdowns, testing and contract tracing. This strategy had overwhelming popular support. Hence the re-election in 2020 of the NZLP with a majority of the popular vote—a feat only matched in the depths of the Great Depression, with the election of the first Labour government.

All good things come to an end, however. And so it proved in August after the arrival, through a border breach, of the Delta variant. This prompted the most far-reaching lockdown in the country’s largest city, Auckland, which has only just concluded.

The government has had to pivot from a cordon sanitaire at the border to internal measures. This vaccine-plus, ‘Swiss cheese’ approach relies on vaccination rates of over 90 per cent allied to multiple layers of protection, which each have ‘holes’ but in combination have a good chance of frustrating the virus. Lockdowns will only be imposed in extreme cases and citizens will have greater freedom of movement and association, although this is contingent on the new Omicron variant.

The government has thus introduced vaccine mandates in key areas, such as border work, prisons, police, and health and education. These cover about 40 per cent of the workforce. Vaccine passes are required for entry to potentially at-risk venues, such as bars, restaurants and places of entertainment. Amid an outbreak these may be extended to churches, and gatherings may be restricted. Private organisations and businesses are free to introduce their own regimes of mandate and pass, if they wish.

The extension of vaccination to the 5-11s and booster shots for at-risk and other groups are due in the new year. The borders will also be opened for citizens and residents and for business and other essential travel, again contingent on Omicron.

Despite the necessity (and evident good sense) of this turn, and despite still widespread popular support, it has been associated with a wave of protests. Vaccine mandates in particular have become a lightning-rod for a range of discontents, bringing together Pentecostal and evangelical Christians, conspiracy theorists, anti-vaccination campaigners, farmers opposed to government regulations and far-right groups generally.

These and other measures of opposition have gained strong media coverage. There was speculation about staff resignations over the vaccine mandate in education and health, although in the event only 1-2 per cent of staff failed to get their first dose by the deadline. Similarly, with the vaccine passes—much criticised in the media on technical and practical grounds—within two days of release a million had been downloaded. This is policy-making in an environment of intense political and media scrutiny, even hostility.

There is no predicting how the next stage of the pandemic will unfurl in Aotearoa New Zealand. But there are potential lessons for progressives everywhere wrestling with the pandemic.

First, leadership makes a difference. The prime minister, Jacinda Ardern, has been on the front foot throughout the crisis. While the gloss may be starting to wear off as the social consensus frays, this has crystallised public support and confidence.

Secondly, public discourse matters. The government has openly debated the options and the basis for them, with weekly press conferences and using standard parliamentary procedures.

Thirdly, prioritising a health response turned out to be not only ethically correct but also best for the economy, since it avoided repeated surges and lockdowns. That said, business will always push for reopening, no matter how premature, and the media will magnify every misstep, no matter how compelling the strategy overall.

Fourthly, a professional bureaucracy and effective public services are essential. Key elements of business subsidies, quarantine, tracing, testing, vaccination and so on were established, one after another, within months. And yet a decade of conservative government had left public services hollowed out and key infrastructure in health run down—including a threadbare immunisation register.

Finally, Covid-19 provided a stress test for the welfare state: eldercare proved poorly supervised, boarding houses were unregulated and many citizens were not properly registered with the health system. And we were reminded of basic social inequalities and vulnerabilities: Māori (the indigenous people) and Pacific peoples, comprising 70 per cent of cases and hospitalisations in Auckland, have been affected disproportionately.

In its handling of the pandemic Ardern’s administration has shown the best of what a progressive government can do. This has earned it trust while underlining the importance of public services and the state in modern liberal democracies.

At the same time, it detracts in many ways from what one might expect to be the real agenda of progressive policy in Aotearoa New Zealand. That is alleviating poverty and reducing inequality, tackling housing supply and affordability, meeting the aspirations of the indigenous Māori, addressing climate change and the green economy, reversing a history of environmental despoliation and breaking New Zealand’s excessive reliance on commodity production and on cheap and imported labour.

In the second half of the 20th century the NZLP enjoyed just four three-year terms in government: one in the 1950s, one in the 70s and two consecutively in the 80s—meagre rations indeed. The Labour-led administration of Helen Clark, from 1999 to 2008, was the first to serve three consecutive terms since the 1940s.

With Ardern’s government now in its second term, one can only hope that a successful handling of the pandemic is not its only legacy, important as that is. There is much unfinished business for a progressive party in Aotearoa New Zealand. 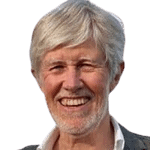 Peter Davis is chair of the Helen Clark Foundation, an independent public-policy think tank. He is emeritus professor of population health and social science at the University of Auckland.