Marx once wrote of the temptation, confronted with a new historical situation, to summon up the ‘borrowed language’ of the past. He’s still right, writes Branko Milanovic. 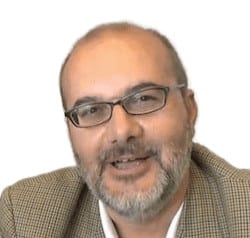 Several days ago, as I went through my ‘library’, I noticed Georges Sorel’s Reflections on Violence, which I had bought and read a quarter of a century ago. I went through my book notes and parts of the text without any particular intention—rather as a way to remind myself of Sorel’s bizarre but prescient intellectual cocktail of arrogant nationalism or Marxism (as the case may be), contempt for ‘petty-bourgeois’ values and praise of violence.

Reflections … was published in 1907 and represents, as many have noted, a somewhat eerie prospectus of the succeeding European century, dominated alternatively by between-national and between-class wars. But rereading Sorel in 2019 suggested to me another take—how different, despite what many argue, is today’s world from the one described by him, which was to last for almost a century.

There are three main movers in Sorel: class struggle, led by an organised proletariat and its trade unions; national struggle, driven by the mutually-incompatible objectives of nationalistic elites; and the use of violence as a legitimate political tool often required to precipitate the desired—but in any event historically-preordained—developments. Within that matrix, one can comfortably situate fascism (as indeed Mussolini acknowledged) or Soviet communism, as the encomium to Lenin penned by Sorel in 1918 illustrates.

While many among today’s ‘anti-populist’ critics are fond of making comparisons of populist movements from Hungary to Sweden with fascism, perusing Sorel’s book clearly shows how different the worlds of yesterday and today are.

Consider each of Sorel’s three key themes. Class struggle has all but disappeared from contemporary developed societies. People indeed continue to differ by their positions in the system of production, as Marxists say, but this is no longer as politically salient a cleavage as once it was.

Trade unions and the general strike (the ideas for which Sorel is best known) are in long-term decline. Unions have problems organising dispersed workers and are strongest in state-owned sectors such as health and education—not in privately-owned parts of the economy where they were originally constituted to defend workers’ rights. And ‘general strike’ has all but gone from the political vocabulary.

I spent some time this year in Barcelona and witnessed many days of so-called strikes and even one general strike (vaga general). But it soon dawned on me that their role is purely ritualistic: very few people follow them, disruptions are minimal and the effects are probably nil. The role of strikes, as with religious festivals, is to encourage participation in a ritual without expecting any return in real life. (This naturally provides a better fit for a religion than for a workers’ or civic movement.)

Nationalism is indeed alive. But unlike fascist (and Sorel’s) nationalisms, today’s nationalism in the European Union is not pitting the ruling class of one major power against another but the national ‘malcontents’ against their own urban elites and migrants. It is a pernicious ideology but its level of threat and danger is far less than in the early 20th century.

The function of present-day nationalism is not to justify the French going to war with the Germans but the police protecting the borders of France against African migrants. It does not call for wars but protection of ‘values’. It is defensive, not offensive. It is a nationalism of ‘losers’, not—as Vilfredo Pareto put it in the same period as Sorel—of ‘lions’.

(This is at least the case for various western European nationalisms, very different from their fascist predecessors. It is not however to exclude conflict among the three nuclear superpowers—the United States, China and Russia—all currently undergoing a wave of more or less martial nationalism.)

The third element is violence. There is no similarity between European violence before World War I—and, even more so, the violence between the wars—and today’s Europe. Other than a dozen victims of the French gilets jaunes movement, due to disproportionate use of violence by police and traffic accidents, and innocent bystanders killed in decentralised acts of rage (terrorism), not a single individual was killed for political reasons in Catalonia’s drive for independence, Greek economic meltdown, political perturbances in Italy, Germany, Poland, Hungary, the Nordic countries and so on.

The political system has shown extraordinary flexibility and sturdiness. Violence as a legitimate political instrument has lost its value in advanced European countries. (Again, this might not hold for other countries and regions.)

We thus see that the facile comparisons of today’s European politics with those of the early part of the 20th century are mistaken. Our unease with today’s developments stems from the ‘unknown’ we face as the political space undergoes a reconfiguration which is, in turn, a reflection of deep societal changes: the decline of the working class and trade unions, the quasi-disappearance of religion from public life, the rise of globalisation, the commodification of our private life and the emergence of environmental consciousness.

I think that the standard left-right cleavage, which goes back to the French revolution, is no longer as operative as it used to be. The new cleavages might oppose those who benefit from openness to those who are left out—the neoliberal urban bourgeoisie against people attached to national ways of life. But this is not equivalent to the conflict between fascists, communists and liberals.

These are indeed new politics and using old and inappropriate terms—mostly in order to tar political opponents with the fascist brush—makes no sense. It simply does not adequately describe our political life. Those who talk lightly of fascism should study the ideology and practice of really-existing fascism—and try to find better labels for our complex political world.