The large swing to the left in the Danish election could lead to a long period of opposition for the right. Unless, that is, the social democrats revert to their ‘third way’ approach when last in government. 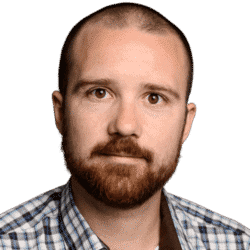 When Danes went to the polls on June 5th, they delivered one of the largest swings to the political left seen for decades. The right-wing coalition under Lars Løkke Rasmussen was ousted and the far-right Danish People’s Party (DF) lost almost two thirds of its votes.

While complicated negotiations continue among the parties in the left bloc, it looks virtually certain that the social-democrat leader, Mette Frederiksen, is set to become the new prime minister. The exact nature of her government’s policy platform, however, remains to be determined.

The Social Democrats faced a minor loss in vote share, ending with 26 per cent, and owe their success to both a strengthened left wing and the centrist Social Liberals. The negotiations circle around two contentious issues: on the one hand immigration, where the Social Democrats have broken with their traditional left position and adopted a strict stance almost indistinguishable from that of the outgoing government; on the other hand the economy, where discussions are focused on austerity, inequality and welfare.

While the liberal Venstre, under the former prime minister Lars Løkke Rasmussen, had a relatively good election, with a gain of 4 percentage points, the general outlook for the right political formation looks bleak.

Although Denmark is traditionally known for its social-democratic politics, recent decades have been electorally dominated by the right. That dominance has been predicated on an alliance between the mainstream centre-right parties, primarily Venstre, and the far-right DF.

This alliance was cemented by the former premier Anders Fogh Rasmussen with his 2001 electoral victory. It allowed the right to swing over formerly social-democratic voters from traditional working-class backgrounds or in rural and peripheral areas, leading to a series of victories in the new millennium. Fogh Rasmussen pursued a strategy of stern immigration policy combined with relatively slow and moderate neoliberal reform of the Danish welfare system.

In recent years, however, this strategy has looked increasingly strained. As Denmark joined the general European turn toward austerity in the wake of the financial crisis, the DF, with its higher social profile, started to cannibalise the other parties on the right—culminating in the last election in 2015, in which with 21 per cent of the vote it emerged as the largest in the right-wing bloc. This was awkward for the populist party, which had gained much of its attraction from an anti-establishment stance but now looked increasingly a part of that establishment.

The DF chose not to enter government with the other parties of the right but votes in favour of several unpopular reforms, including to pensions and benefits, strained the party’s popularity. An inability to develop any constructive policy on climate change—the clear priority of voters, according to polls—aggravated the party’s problems.

In last month’s election, the DF suffered a loss in support of more than 12 percentage points—one of the largest in Danish electoral history. The overall losses for the right bloc, which included the meltdown of the libertarian party, Liberal Alliance, mean that it could be facing a long period of opposition.

To the right on immigration

Most international attention on the election focused on the immigration stance of the Social Democrats under Frederiksen. The party has taken a clear step to the right on immigration and looks set to continue the policy of the former conservative government, including on controversial issues such as the holding of families who have been denied asylum in detention centres and opting out completely from the United Nations refugee programme.

This turn has probably allowed the Social Democrats to attract some former voters from the DF but they have simultaneously lost voters to the other parties in the left bloc, dismayed by the new anti-immigrant stance. In the negotiations these latter parties will try to push an alternative but, in pledging continuity on immigration policy, the Social Democrats will have a solid majority to their right on which to draw.

Another, perhaps more important, part of the left victory was on economic and social issues. Here the Social Democrats tacked somewhat to the left in their electoral campaign, promising to spend more on welfare and to lower the age of retirement for manual workers. The pension issue especially seems to have been central in the campaign.

Since a pension reform in 2006, the official Danish retirement age has been set to increase gradually with increasing life expectancy—eventually rising to the mid-70s, given current trends, which would mean Denmark would have one of the highest retirement ages in Europe. But with life expectancy increasing fastest among the upper and middle classes, many in manual jobs feel threatened by the prospect of working well into their 70s.

While the pace of reforms has been slower than in neighbouring Sweden, and Denmark has remained a relative egalitarian country, more than two decades of neoliberal initiatives have transformed it: Denmark has seen one of the most dramatic rises in inequality among OECD countries in recent years.

This has accelerated since the 2008 crisis, with a series of quite severe cuts to benefits, education and welfare services. The prominent Danish social scientist Jørgen Goul Andersen has recently spoken of the welfare state ‘reaching a point of no return’ if this is not reversed in the coming years.

At the moment the parties of the left bloc are negotiating a coalition agreement. The most likely result remains a single-party, minority government of the Social Democrats but requiring agreements with the other parties of the bloc to secure a majority for its programme. The left wing, consisting of the radical Red-green Alliance and moderate Socialist People’s Party, represents 15 per cent of the vote. To the right are the centrist Social Liberals, representing 9 per cent.

The parties of the new majority all agree on the need for aggressive climate action, so it is reasonable to expect quite robust activity on this front. Given the unlikelihood of the Social Democrats budging from their hard immigration stance, the most dramatic negotiations will centre around the economic aspect of the programme of the new government.

Here the recent past is hovering over the negotiations. The last period of social democratic governance, the single term of Helle Thorning-Schmidt in 2011-15, was characterised—despite an initial alliance with the Socialist People’s Party—by neoliberal reforms, a corporate-tax cut and the sale of part of the national energy company to Goldman Sachs. This made for a very conflictual relationship with nominal parliamentary allies in the Red-Green Alliance and a large part of the social-democratic base in the party and trade-union movement.

The current leadership under Frederiksen have spent considerable time trying to distance themselves from the legacy of her predecessor, but it remains to be seen whether the party will return to the old neoliberal ways once it gets into government. With a left determined not to allow a repeat of the ‘third way’ programme of the Thorning-Schmidt administration, such a course could lead to a new government having a very unstable and short life.