There is growing recognition in Europe of the need to steer an ecological industrial transition—just not enough.

Given its impact on the climate, the transformation of heavy industry will be crucial in the decarbonisation of our economies. This will require more than European carbon (border) pricing through the emissions-trading system (ETS). Active industrial policies at the national level will be necessary as well, using the full weight of states’ economic, regulatory and co-ordinating instruments.

More fundamentally, we need a shift in the way we think about industrial policy and the role of the state. Choices over the composition and scale of our industrial apparatus are becoming inevitable.

There are huge environmental, socio-economic and strategic stakes in the decarbonisation of basic industries, such as steel, cement and chemicals. Heavy industry accounts for about 20 per cent of the EU’s emissions and transforming these sectors will require over €400 billion in additional investments. Almost 80 per cent of all installations will need a substantial retrofit.

In a recent analysis for the European Trade Union Institute, we studied the extent to which the policy frameworks of recent decades had made any headway in tackling this immense challenge. Although emissions have been covered since 2005 by the ETS, we chose to look at the interplay betweenthe scheme and domestic instruments in Belgium, the Netherlands and Germany.

Our analysis shows that industrial policy has until recently been defensive and myopic. Governments shied away from interventions that might harm the competitive edge of incumbent firms.

Free emission rights mostly ended up with a handful of large, polluting companies. Energy taxes for heavy industry were kept low, through a complex series of preferential tariffs and exemptions. And a wide range of wage subsidies, investment support, research-and-development benefits and other instruments were doled out, without any clear conditionality or long-term vision.

In all three states, numerous support mechanisms did nothing to further these firms’ transition towards carbon neutrality—or hampered progress, by benefiting harmful fuels and processes. Even the also-numerous green support schemes and subsidies were mostly oriented towards incremental gains in energy efficiency or the introduction of best available technologies. Since many facilities will need major retrofit or even have to cease operations, this may have done little more than inflate the investment sunk in stranded assets.

This approach delivered too little in terms of environmental progress: industrial emissions have stagnated for over a decade and a deep transformation of industrial value-chains now needs to happen rapidly. Its distributive effects were also skewed and regressive: benefits were concentrated, while households and small and medium enterprises footed heavy industries’ energy bills.

Since 2019, appreciation of this has started to set in and there have been growing attempts to shift gear. The Netherlands and Germany have announced a variety of new climate goals and laws, including quantified targets for industrial emissions. So far the German approach has depended mostly on a sizeable package of subsidies for R&D, novel investments and green-product lead markets. The Netherlands has opted for a combination of subsidies, an additional industrial carbon price and a rebalancing of energy taxation. The political-economic ‘wager’ in both countries is that market corrections combined with indirect and direct support measures will do the trick.

In Flanders, meanwhile, there has been limited movement. The government is working on a legal framework which should eventually be followed by a long-awaited industrial-transition programme. In October there was a sudden announcement that Belgium’s only major steel producer would receive substantial state support to transform its main production facility.

These are not wholesale departures from the previous paradigm. Yet, with the exception of Flanders, they do represent an attempt to work out policies that go beyond a defensive haggle over industrial investments. This could herald a move towards more actively steering investment towards quantified climate commitments. There has also been a shift in rhetoric, from portraying climate as nothing but a burden—a hazard that might lead to ‘carbon leakage’—towards a narrative of green ‘leadership’.

The question remains whether that will be sufficient. The shift since 2019 should not be underestimated when compared with the near standstill of the recent past. Yet, for industrial transformation to pick up the necessary speed more is needed. The economic paradigm needs to shift further—away from handing out benefits, in the hope of attracting private investment, without intervening in what, how and why our factories produce what they do.

The scale and urgency of the challenge requires states to formulate a clear, big-picture view of their (sectoral) climate targets, followed by a ‘mainstreaming’ of these objectives across economic decision-making: design of subsidy instruments, taxation, permit procedures, R&D grants, infrastructure decisions, (public) financing mechanisms and governance procedures. New markets will need to be created while others are phased out and the state will need to take up the task of cross-sectoral co-ordination, through concertation, pricing, regulations and investment.

This can only emerge coherently if choices are formulated about what kinds of industrial products and value-chains will still be desirable and necessary in 2050. For instance, we know that organising production around circularity would drastically reduce the need for additional basic materials, but it is unclear how such an economy is to arise by 2050 without concerted effort by government. The same applies to the social dimension of this transition: only planning, dialogue and anticipatory interventions can reduce the social frictions and costs involved in industrial transformation.

This will require entwined domestic and European action. The European Union can support the transition by strengthening the ‘push’ from the ETS, by offering protection from external competition through instruments such as the Carbon Border Adjustment Mechanism and by directing funds towards new investment. It can also contribute by softening ‘internal’ competition, for instance by harmonising state aid, ETS-related subsidies and energy-taxation policies. By taking a number of beggar-thy-neighbour factors out of the equation, this can support a more proactive and co-operative approach.

Macro-level interventions through monetary policy, reform of the fiscal framework and a strengthening of the EU’s own spending capacity can further provide the ‘pull’ the transition requires. Next Generation EU and the ‘Fit for 55’ proposals show what levers the EU can already pull (accepting their limits).

But far-sighted, domestic industrial strategies will remain crucial for the foreseeable future. At all levels, betting on defensive, market-led policies should be relegated to the past. 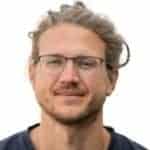 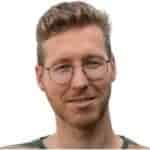