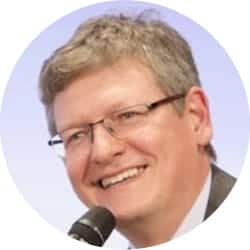 In his new book on the euro, Joseph Stiglitz mentions unemployment insurance as part of a reform program that could make monetary union sustainable and palatable in Europe. The idea is not entirely new, and recent years have seen a good deal of studies and conferences exploring its costs and benefits. In documents like the Four (2012) and Five (2015) Presidents’ Reports, divergence has been identified as a destabilizing trend in the eurozone and the search for remedies has been ongoing. But time is running out in the face of renewed economic and political threats to EMU; we cannot let this search go on until it is too late to save the euro.

Regarding automatic stabilisers, the discussion so far has revolved around two competing models: basic common unemployment insurance, which would be created by a partial pooling of national systems, and a so-called reinsurance mechanism, also known as a rainy day model.

Partial pooling of national systems means receiving unemployment benefit from a common fund for a limited period (e.g. 6 months), and sharing the costs of that among the member states. Individual workers become parts of a risk community. Member states can still top up payments from the common pool and also extend coverage from their own resources. But the common pool represents EU solidarity for countries experiencing temporary hardships due to the limitations of their macroeconomic toolbox inside the monetary union.

Designing reinsurance seems easier than partial pooling. The national fiscal capacity for dealing with cyclical unemployment would be supported, but transfers would only be triggered by major crises. Such a scheme would make a stronger and more visible impact at times of crisis, while lacking a role during more modest fluctuations. The risk of this model lies in setting the trigger too high (in terms of how fast unemployment would need to rise above „standard” levels), and thus making the mechanism less effective than it could otherwise be.

Both models can deliver three types of stabilization. First, they would contribute to economic stabilization by shifting demand and purchasing power to countries and regions which otherwise would need to implement fiscal ‘adjustment’ and internal devaluation. Second, social stabilization would be enacted as well, by directing the flow of funds towards more vulnerable groups, and helping to tame the rise of poverty among the working age population (which has been a major trend in recent years in Europe).

The third type is institutional stabilization. EMU is based on rules but the application of these rules has been the subject of academic as well as political debates. Member states agreed on tightening them but pragmatic considerations often point towards more flexibility, the cases of Spain and Portugal being the latest controversy. While some experts simply recommend ignoring the rules and giving up on them entirely, it is more likely that a modus vivendi could be found through the creation of stabilization tools that would allow the reconciliation of uniform fiscal rules with the need to maintain national welfare safety nets and social investment capacities.

Had either of these insurance mechanisms existed in EMU from the start of the single currency, all member states would have been beneficiaries for a shorter or longer period. Countries experiencing a severe recession would have received fiscal transfers, helping them towards a faster recovery and avoiding a perception that for the EU arbitrary fiscal targets are more important than democracy and social cohesion.

While delivering clear benefits, either of the two models would also come with some new requirements. To start with a pivotal one, they require the acceptance of limited transfers in the Eurozone – even if neither of these models represents a permanent transfer, since in periods of good growth all countries would need to contribute rather than receive payments. The single market already entails a modest level of redistribution under the heading of cohesion policy, and a similar sized stabilization fund would be just as obvious for the monetary union as well.

The second key requirement is a limited amount of harmonization of labor markets. Both models, but especially partial pooling, would come with defining some common minimum standards across countries (e.g. in terms of minimum replacement ratio and duration of unemployment benefit). Harmonisation in a diverse EU is always hard, whichever sector we look at, from fishery to banking. However, in this particular case, what would make things easier is that only cyclical unemployment would need to be linked to EMU fiscal capacity. Longer-term unemployment – which is largely due to national factors rather than EU driven fiscal adjustments – would remain an issue for national and local actors. Thus, a large-scale harmonization is unnecessary.

As a third requirement for either models, transparent governance has to be mentioned. Design but also supervision would need to strike the right balance between national responsibility and European solidarity. Related issues are often discussed under the umbrella of moral hazard, with the assumption that a cross-country unemployment insurance fund, just like any other fiscal instrument, needs to have safeguards against gaming the system. Inviting representatives of employers as well as employees to a supervisory board, and using experience rating and clawbacks (of contributions/payouts), could help minimize the chance of abuse.

The funding of an EMU unemployment insurance is a further question. Neither model is tied to one or another specific form of funding. There are many ways of combining sources, but one thing surely has to be decided at the start: whether the fund would be allowed to borrow or not. Allowing it to borrow would help maximize the stabilization impact (adding an inter-temporal dimension to the inter-regional one).

Most macroeconomists now agree that the incomplete nature of EMU makes it unsustainable in its original form. Apart from deep and long recessions, the malfunctioning euro has also produced deep social crises and, as Stiglitz also points out, it has diminished the appetite of British people for remaining in the EU. Further disintegration cannot be excluded.

There is no silver bullet on offer, and the views of economic experts may differ on the most important and urgent steps required. Debate by all means but the clock is ticking. If the discussion lasts too long, and decision makers too often resort to proxy solutions, any next step can come too late to save the single currency from the coming economic storms and political earthquakes. 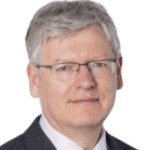