The centenary of the Treaty of Versailles should remind us how closely it connected the fragile promise of peace to the quest for social justice. 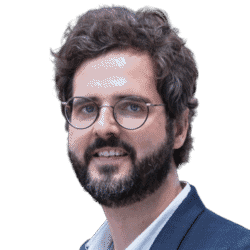 The Treaty of Versailles, which settled the scores after World War I, also set up the International Labour Organization (ILO) to work towards social justice. The treaty asserted that ‘universal and lasting peace can be established only if it is based upon social justice’. In the background was the Russian revolution of 1917—it was out of fear of communism that the ILO emerged.

After the industrial revolution, transnational labour movements leaned towards strong forms of socialism, stoked fears of communist revolution and paved the way for the ILO. They placed emphasis on the power relations between labour and capital, and the inequitable distribution of gains between them.

For them, the ILO was the bearer of the hope that their broad demands of social justice would be met in practice. In a truly innovative and still unique fashion, the ILO then included the representatives of workers in its tripartite structure, next to the representatives from government and employers.

In substantive terms, however, the ILO bracketed many of the more radical questions about how to organise the economy. The idea of social justice gradually shrank and the injustice of forms of domination and exploitation—let alone their transformation—fell from view.

Today, the ILO’s public-relations tag continues to reflect this reductive understanding when it translates the advancement of social justice into the promotion of decent work. Instead of the distribution of gains remaining central, the focus has been on the minimal protection of workers in an increasingly globalised economy which favours the haves over the have-nots.

True, there has been increasing attention to high levels of inequality. And the idea of social justice is regaining its broader punch—directed at privilege rather than poverty and at power rather than protection. But a sense of why the Treaty of Versailles tied universal and lasting peace to social justice is nowhere to be found. Tracing that sense over time might mitigate the risk that history repeats itself.

The spectre of communism was still haunting Europe after World War I. The ILO’s preamble claimed that ‘conditions of labour exist, involving such injustice, hardship and privation to a large number of people so as to produce unrest so great that the peace and harmony of the world is imperilled’. Like other peace treaties, Versailles longed for the quiet prior to the war. But Soviet Russia was a nagging reminder that communism had cast its spell.

The link between peace and social justice gradually widened beyond a fixation with communism towards inter-state relations and rising fascism. John Maynard Keynes already argued in his The Economic Consequences of the Peace, published in 1919, that the economic subjugation of Germany would ‘sow the decay of the whole civilised life of Europe’. It was ever more apparent that social injustice within and across countries provided a formidable breeding ground for fascism.

Towards the end of World War II, allied policy once more aimed at shielding western Europe from Soviet influence, through economic reconstruction and a military bloc. But that is only part of the story. The vivid memory of economic crises in the 1920s and 30s, and the political opportunity these provided for fascism in Europe as well as in Asia, pushed social justice to the centre of attention, for a moment even past military security.

It is part of the forgotten foundations of the Bretton Woods institutions (the World Bank and the International Monetary Fund) that they originally had a mandate to work towards economic justice in inter-state relations. The so-called World Trade Charter once again closely linked peace and social justice—now with communism and fascism in mind.

Fifty-three out of the 56 states at the time signed the charter on the closing day of the UN Conference on Trade and Employment in Havana, Cuba. The charter would have set up the International Trade Organization (ITO), whose first article recognised that the creation of ‘conditions of stability and well-being … are necessary for peaceful and friendly relations among nations’.

It not only aimed at fair labour standards but also at more equitable economic relations generally, for instance through the regulation of primary commodities and industry development. Against expectations, the ITO never came into existence to keep these ideas alive.

The ILO was rather marginalised in that context. Part of its programme had been absorbed by the still-born ITO. The ILO still helped however to enshrine the aim of ‘promot[ing] social progress and better standards of life in larger freedom’ as one of the leading ends of the United Nations. It affirmed its role with its 1944 Declaration of Philadelphia.

Yet, while much praised as a counter-current to what Alain Supiot calls the ‘total market’, the declaration actually showed great ambivalence: it affirmed that ‘labour is not a commodity’ and, at the same time, promoted higher levels production as well as consumption through greater volumes of trade. While it harboured fickle hopes for an equitable way of organising the economy, it foreshadowed a further reduction of what social justice would come to mean.

Developments in the 1970s shaped the beliefs still prevalent today: the contribution of trade to peace was reduced to growth through efficiency gains, and to the intertwining of countries in a global division of labour. A concern for the relationship between labour and capital—and the distribution of power between them—was overtaken by a preoccupation with growth through globalisation.

In that context, the ILO continued to focus its work on worker protection and technical assistance, in a now largely decolonised world. In fact, it spearheaded the move towards an emphasis on basic needs, which was subsequently adopted by other institutions (notably the World Bank) and by human-rights discourses more generally.

This was in sync with an essentially neoliberal outlook: human rights in general, and worker rights in particular, were scaled down to minimal protection. That focus has allowed the injustice of relations within and across societies to be sidelined entirely. The reasons why somebody is poor or needs protection fell from view.

Loaded with symbolism, in 1975 the ILO left its premises on the lake of Geneva to the secretariat of the General Agreement on Tariffs and Trade (which developed into the World Trade Organization in 1995). The building which once proclaimed that labour is not a commodity now houses the organisation that facilitates global production around the commodity of labour. The spirit of social justice has been left wandering in some despair.

The centenary of the Treaty of Versailles should not only evoke images of World War I. It should also prompt us to recover and reconsider venerable beliefs about the link between peace and social justice. The ILO disappointed the hopes of the labour movements at the time—that it would strengthen the position of labour in relation to capital. The organisation’s tripartite structure and its very existence nevertheless still serve as compelling reminders of the widespread conviction that universal and lasting peace is only available if it is based on social justice.

That belief came to the fore even more prominently in the institutional designs of the period after World War II. Postwar plans were shaped by the experience of fascism, adjacent to the continuing fear of communism. But concerns for social justice were again sidelined by arresting military, potentially nuclear, confrontation and then by the neoliberal fixation on efficiency gains in globalised production.

Today, the implosive potential of inequality again captures attention and pushes old questions back on the agenda. Tracing how the Treaty of Versailles linked peace to social justice may allow a recognition that what used to be known should not have to be learned anew.