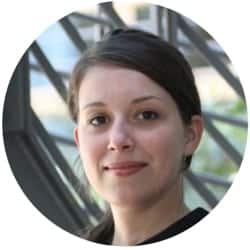 Last Sunday’s election results left some Poles devastated, but others seem to be if not hopeful, then relieved. The massive victory of the conservative Law and Justice party (Prawo i Sprawiedliwość, PiS) defeating Civic Platform (Platforma Obywatelska – PO) was, however, not a political earthquake, but rather a self-fulfilling prophecy that finally came true. Perhaps it also is a manifestation of a deeper change within Polish society. The question is if this will turn to good account for Poland – and for Europe, too.

Civic Platform managed to waste its tremendous popularity within just a few years. Erosion of its character was progressing but the departure of ex-premier Donald Tusk settled it. A party that in 2007 mobilized Poles to “vote for change” has now lost to the conservatives. Ideological void, ineffective investments and affairs suggesting arrogance and alienation from everyday life cost PO voters’ trust. Meanwhile, nature abhors a vacuum and a new liberal party emerged. Ryszard Petru, the founder of Nowoczesna (The Modern Party), sensed the moment and won over disappointed believers in modernization. This former advisor of Leszek Balcerowicz – the father of the Polish transformation – didn’t however invent the wheel: he simply recalled the spirit of early days PO. Dialectically: a step back turned to be a (small) leap forward.

The Polish political scene is quite sui generis, as the main battle is not waged on the left-right axis. The last decade witnessed position warfare between two post-Solidarity parties: PO and PiS. Moreover, out of eight parties running in the parliamentary elections, only two represented the progressive camp. Political sympathies among the youngest voters have proven to be right-wing and quite radical. Their idol, Janusz Korwin-Mikke, made it to the European Parliament a year ago (and has recently been sanctioned for giving a Nazi salute). He nearly made it to the national parliament this time, missing out by literally single-digit votes. Anybody concerned about the populist backlash in Poland should definitely investigate the movement of Paweł Kukiz, a former rock star. With no programme this broad initiative of “concerned citizens” managed to help members of nationalist organizations win seats in the parliament. Anti-intellectualism and an emotional, patriotic narrative commanded 9% of the votes. This illustrates how far right the Polish political scene has become.

The new parliament will proceed without any representatives from the progressive camp. Despite employing young faces and building a broad inter-party coalition it was impossible for the social democrats (Sojusz Lewicy Demokratycznej – SLD) to convince voters. Nevertheless, these elections did give impetus to a new leftist formation. Razem, strongly inspired by Syriza and Podemos, kicked off in May 2015. With no budget other than member subscriptions and despite being neglected by the mainstream media, the party managed to win 3.6% of all votes cast. Little by little does the trick and Razem, using a completely different discourse of social democratic renewal against casualisation within the labour market, tax evasion and social inequalities, broke through. Its overall vote was too low to make it into parliament – but it’s high enough to obtain public funding for the next four years, enabling it to develop proper structures.

A common belief that Poles were the biggest Euro-enthusiasts held sway for a good decade, backed by the results of opinion polls and the engagement of Polish political elites at the EU level. These election results prove that this is no longer the case. Firstly, the campaign exposed that, apart from the refugee crisis, topics vital at a European level were practically absent from the national debate that remained focused on domestic issues. Secondly, in stirring up their support, right-wing parties kept on recalling the EU in negative tones – as a threat to sovereignty and traditional values. Thirdly, there might be a touch of disappointment that there still is a “multi-speed Europe” and the gap between Poland and such “eurostars” as Germany, France or the UK remains wide. With PiS winning the elections via that marauding spirit the EU might lose a positive player. The previous PO government was loyal to its old leader – Tusk, now President of the European Council. One can foresee that relations between Poland and the EU may be shaped not only by the usual national interests but also special motives: cutting Tusk down to size.

Then, the question of Poland’s international relations emerges. The tendency to let historical policy influence the management of current affairs is a well-known inclination of the PiS, especially with regard to the big neighbours: Germany and Russia. Cordial relationships with Angela Merkel, established by Tusk, might yet cool down. Since the Smolensk catastrophe five years ago, the attitude of the Polish right towards Russia has been dominated by mistrust, feelings of injustice and lust for revenge. Perhaps the Visegrad Group of four could learn to appreciate the change in Poland as favourable, as solidarity among the four countries in opposing Brussels could finally be restored. The question is, however, if the Hungarian prime minister, Viktor Orban, will be willing to give up his ambition of becoming the advocate of East-Central European interests.

The situation may also prove difficult in other specific policy areas. For example, the protagonists of a new European energy policy, with energy transition (Energiewende) and the de-carbonization of economies as focal points will face resistance, as PiS favours coal-based energy production in Poland. Apart from economic concerns, this issue has a social and political background. Silesia, the main industrial region in Poland, was devastated by the rapid economic transformations of the 1990s. Remembering that trauma as well as fighting for survival, the trade unions mobilized massive demonstrations against PO government industrial policy. This provided the perfect momentum to harness the anger and frustration of the working masses – and utilize it for political purposes. And this was done not by the progressive left – but by the conservative PiS.

Last but not least, the rule of Catholic conservatives might stand in opposition to respecting the rights of women, LGBT and other minorities. Issues such as access to contraception and abortion or introducing legalized partnership are still battlefields in Poland. In fact, some of the progressive reforms were introduced (and all proposed restrictive measures turned down) thanks to the PO parliamentary majority allied with progressive forces. But these are echoes of the past – the new parliament lacks any real progressive representation. This is certain to bring repercussions at the European level. However, only time will tell which of those predictions holds true – and which risks have been completely overlooked. 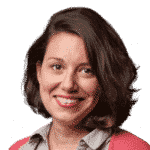