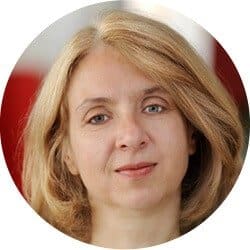 The concept of an unconditional basic income is becoming increasingly popular among economists, managers, activists and entrepreneurs as an alternative to traditional social policy. Instead of providing social benefits in an emergency, for unemployment or old age, the government would pay every adult the same lump sum in the future – around 1,000-1,200 euros a month. There would then be no social benefits, no Hartz IV (Germany’s long-term jobless benefits), and most likely no pension or unemployment insurance.

This universal basic income promises each person the freedom to decide if they want to be employed, to do volunteer work – or do nothing at all. It promises politicians the luxury of no longer worrying about unemployment. And it gives companies an elegant way to justify job cuts. Jobs that fall victim to technological change or globalisation are no longer a problem, as those affected are financially secure and can look after their children at home or pursue hobbies.

Nevertheless, the basic income is a dead end. The most commonly cited reason for this is, of course, financing. Its costs have not been quantified, but it is certain that they will be high. Just how income and wealth should be taxed to pay for it remains an open question. Radically transforming the social system to a basic income would be the greatest financial gamble in recent history.

But the financial aspect is not even the most important argument against a basic income. The basic income is a seductive poison. It benefits the margins of society at the expense of the middle class. For the poor and long-term unemployed, the basic income removes the pressure to find work and the unpleasant task of motivating people to actively look for employment. It most likely won’t cost the rich any more than before, and helps ease their social conscience. In this case, growing social inequality would no longer be a social scandal, since everyone would have an income, albeit close to the poverty line. It is precisely for this reason that there are three main arguments against an unconditional basic income.

Firstly, the basic income will further divide society and prevent social mobility. Those who, due to their family background, have good prospects for interesting employment and high income will maintain their existing work ethic, engaging in school and study, and maybe taking a sabbatical or two in between. This is a good thing. However, life will become more difficult for young people from parts of society already at a disadvantage in terms of education – those from working class and migrant families. The sweet poison of the basic income will accompany them in every step of their school life and vocational training. When asked what they want to do for a living, children from parts of Berlin with a high percentage of working class and migrant families, such as Neukölln, today already often say they plan to go on the dole. In the future, they will answer: “I’ll get my basic income.”  Their numbers will rise as the basic income rises. Their motivation to continue to invest in themselves and to improve their lives through qualified work will be put to the test every day and at an age when they are already struggling with themselves and the demands of their environment. The rest of society will be much less concerned about this development than they are today, as everyone will be taken care of.

Secondly, an unconditional basic income lacks social legitimacy. At present, it is impossible to imagine a model that benefits all parts of society equally. It is therefore likely that the basic income would be redistributed from the centre of society to those who are not, or are only partially, employed. Comprehensive social services that go beyond pure poverty control, however, are legitimised by existing concepts of social justice. How else? Norms of social justice include the idea of equal opportunity, giving everyone a shot at making it on the labour market and in the market place. This  justifies, for instance, public spending on  education or inheritance tax. Or the idea of social insurance which links contribution for unemployment and old age insurance to social transfers.

An unconditional basic income is, in principle, based on a citizen’s right to income, although it leaves open the question as to why it should also be paid to those who do not need it. Social solidarity with the weaker members of society is the opposite of a basic income scheme. The middle class, who would finance the basic income but who wouldn’t benefit from it materially, are unlikely to find social justice in this “unconditional” redistribution. This is why large redistribution programmes are unpopular among voters, even among those who are likely to benefit from it. For this reason, the Swiss rejected by a large majority last year’s referendum on introducing a basic income.

Meeting the needs of a society with rapidly growing immigration

Thirdly, an unconditional basic income runs counter to the needs of a society with rapidly growing immigration. A large number of migrant workers and other immigrants need more mechanisms to help with social integration, not fewer. It’s the everyday experiences that matter: people meet each other at work, they get to know and appreciate each other, and they learn the language. Considering this, it would be fatal to give people a reason to stop working, to stop improving their qualifications, and to simply stay at home.Nevertheless, we need a debate about a good society that is not based solely on employment and the labour market. There is still a lot of work necessary to improve society that cannot be accomplished through the labour market, but that still needs to be acknowledged. But the unconditional basic income is the wrong way to accomplish this.
This opinion piece appeared in German in the Süddeutsche Zeitung on 7 February 2017. This English version courtesy of Hertie School of Government

Anke Hassel is Professor of Public Policy at the Hertie School of Governance and Academic Director of the Hans Böckler Foundation’s Institute of Economic and Social Research (WSI). Her research centres on the institutional foundations of business systems, labour rights and corporate social responsibility. Hassel is also a faculty member at the Berlin Graduate School for Transnational Studies.