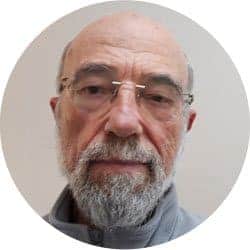 Ireland has been subject to a great deal of international criticism of its corporate tax regime. While Irish people might feel defensive about this, there are good grounds for at least some of this criticism. Together with a small number of other Irish economists (see here and here), I have long argued against Ireland’s reliance on a low corporate tax regime as the basis for industrial policy.

This regime has forced other countries to reduce their corporate taxes, leading to a “race to the bottom”. Major corporations’ after-tax profits rise, global revenue from corporate taxes falls, and global inequality increases. Arguably this is all about to change; proposals from the OECD and the EU, and a huge amount of civil society opposition, have led to a tipping point at which national and international policy switches from reducing tax payments of multinationals to insisting on more equitable contributions. Given Ireland’s dependence on – having been at the forefront of – the current race to the bottom in corporate tax, the possibility of the switch intensifies the need for open debate on corporate tax regimes and alternative industrial policies. More immediately, the Apple case raises questions about Irish tax and industrial policies that have to be addressed.

There have been tax policies in Ireland that have been successful and others that have failed. Among the main successes is that of encouraging multinationals, including Apple, to set up local operations. Arguably, they come to Ireland because we have highly skilled workers, a good education system, political stability, and EU membership/proximity. Being within the EU means that goods and services, capital, and labour can flow freely, in particular tariff-free, among the member countries. What about Ireland’s low corporate tax regime? If all these other factors are important attractions, then how come Irish governments have made such extraordinary efforts to resist attempts to get Ireland to change its corporate tax regime?

Among those key issues to be addressed now are whether Ireland can reduce its dependence on multinationals; how multinationals, and Apple in particular, have exploited Ireland’s changes in tax rules to continue to pay rates of well below 12.5 per cent; and whether a more active industrial policy, not dependent on low corporate tax, might increase indigenous enterprise.

Jobs in foreign-owned firms in Ireland grew by about 70,000 in the first 30 years of the low-tax regime, from the late 1950s to the late 1980s. In the subsequent 30 years this grew by another 130,000. A growing proportion of these jobs is in services; more and more in the digital sector. The tax regime is vital to this success; not the 12.5 per cent nominal rate, but the effective, or real rate which, as a result of many loopholes, has been as low as 0.005 per cent. For example, when Ireland removed elements of corporate tax law that enabled companies to have “stateless” subsidiaries here, Apple and other multinationals responded by exploiting another tax law – dealing with tax allowances on the purchase of intellectual property – to continue to pay low taxes.

Ireland’s success in encouraging MNE inflows has not translated into sustainable development. MNEs in Ireland – including Apple – are controlled from abroad, producing goods or services designed abroad, for markets outside Ireland. This is encouraged by the tax regime. The EU and the OECD are working to reduce tax competition for foreign direct investment. At the same time, key competitors like the UK and the USA are joining the race to the bottom in corporate taxes. Ireland should, therefore, consider alternatives to a tax-based industrial policy.

Success for Irish-owned firms has included the emergence of Irish MNEs with an Irish base and subsidiaries abroad. However, these are in areas like food, unrelated to the activities of foreign-owned firms. The potential of foreign-owned MNEs in Ireland to generate local development has not been realised.

In relation to indigenous firms there have been mistakes – in policy and its implementation – both in traditional sectors, like furniture and engineering, and in more advanced sectors including ICT. Policies – or their absence – have resulted in decline where growth might have been possible. In telecommunications, for example, the sale of the state-owned company resulted in the demise of Ireland as a global centre of software supply.

These points are confirmed in recent research by Irish and international experts (see Upsetting the Apple Cart), who have shown that the competition between states to attract MNE subsidiaries, in particular by reducing effective tax rates, is harmful.   The negative consequences of this “tax war” are both international and national:

The policy implications for the Irish government are clear:

David Jacobson is Professor Emeritus of Economics at Dublin City University. He is associated with the Dublin think tank, TASC, and was the chair of its Industrial Policy Commission which produced the book, The Nuts and Bolts of Innovation: New Perspectives on Irish Industrial Policy. For TASC he also edited the forthcoming book, Upsetting the Apple Cart: Tax-based Industrial Policy in Ireland and Europe.