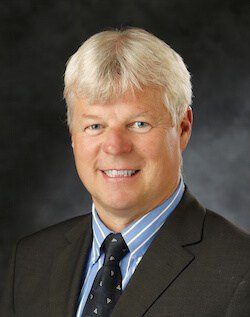 The new European Commission (EC) under President Jean-Claude Juncker is committed to re-launching social dialogue and a first step was taken with the organisation of a high-level conference in Brussels on 5 March. The aim of the conference was to discuss concrete ways to strengthen social dialogue with EU cross-industry social partners and their national affiliates. On 21 and 22 April 2015 Ministers for Employment and Social Affairs in Riga discuss informally ways towards a true and responsible social dialogue. Is the phoenix rising once more?

From 1985 onwards, at the initiative of then EC President, Jacques Delors, social dialogue took on a more autonomous and bipartite form in the preparatory phase of the single market. This fundamental change dates from 31 January 1985, when EU-level social partners met in Val Duchesse. It was Delors’ firm conviction that the single market programme had to be matched by a social dimension of the European Community; the cornerstone of this Social Europe would be the European social dialogue. Thirty years later, parts of academia and EU actors argue that it could be rendered more efficient and effective.

The principle of ‘autonomy of the social partners’ is embedded in most of the legal systems of the EU and has been recognized as one of the general principles of EU law. However, recent Eurofound research has shown that one impact of the crisis on industrial relations has been an increased trend toward unilateral decision-making by governments at the expense of the social partners’ autonomy, especially in the public sector. EU social partners stress the importance of their collective bargaining autonomy and trade union representatives, in particular, voice their concern about perceived interference from EU institutions in national-level wage determination and wage policy.

Society works better if citizens feel that decisions concerning them are taken at the most appropriate level. When social partners arrive at common solutions, these often have a better chance of succeeding, both because they have more support and are often more realistic. A firmer application of the principle of subsidiarity seems to be the right way to strengthen social dialogue.

Towards more representativeness and legitimacy

Under the European social dialogue, management and labour have developed into co-legislators in the social policy field. Therefore, the representativeness checks exercised by the EC are very important. Eurofound has been mandated by the EC to assess the representativeness of the European social partners in 2006 and has carried out 38 sectoral and one cross-industry studies to date in order to underpin the legitimacy of that dialogue by mapping who are the relevant EU social partners the EC should consult..

A crucial dimension of social dialogue concerns the relationship between the European social partners and their national affiliates. The dialogue’s future at EU level depends above all on the partners’ ability to increase the flow of information and degree of cooperation between these two. If the European social dialogue is to operate fully, the EU and its Member States must support not only the dialogue itself but also national players in the field of industrial relations.

Within the dialogue, the number and scope of policy proposals also depend on whether the EC considers these initiatives a priority for the EU. The EU’s progress in this field is – in return – also contingent on the degree of support from other EU institutions and Member States, and on the partners themselves. This is why the late Brian Bercusson interpreted the European social dialogue as an industrial relations process characterised by “bargaining in the shadow of the law”. Yet, the shadow of the law seems to have faded over the past decade – as has the incentive of both sides of industry to engage in effective dialogue.

Social dialogue is based on arguing and mutual learning. The Val Duchesse process created a dynamic by building up a relationship of trust between the actors through better information about each other’s capabilities as well as intentions and a commitment to engage in negotiations at EU level. Past interviews with protagonists of EU-level interested parties have shown that ‘learning’ is a key factor in the process. In the aftermath of the 2008 economic crisis it may be time to revisit the spirit of Val Duchesse and rebuild that relationship of trust between the two sides of industry.

A better, more timely involvement of national and European social partners in the European Semester will enable them to strengthen the EU’s social dimension. Some proposals have already been put into practice. The social partners have been consulted prior to the publication of the Annual Growth Survey (AGS), and the dialogue with the Employment Committee (EMCO) and the Social Protection Committee (SPC) has further improved. The Council (EPSCO) has discussed the involvement of social partners, endorsing EMCO guidelines due to be adopted too by SPC. Started under the Italian Presidency, the partners participate directly in discussions at the informal meetings of EPSCO ministers.

Towards a more efficient and fairer social market economy

The European social model – of which social dialogue is a central pillar – has been challenged in the course of the crisis. Recent attempts to strengthen the social dimension of EMU address some initial design weaknesses to make it fairer, more competitive and capable of promoting growth. On the 30th anniversary of Val Duchesse, both Vice-President Valdis Dombrovskis and Commissioner Marianne Thyssen reiterated that social dialogue was a prerequisite for a social market economy and crucial to both competitiveness and fairness. The genuine and responsible involvement of the social partners is needed for a fresh start to that dialogue!

Christian Welz is a senior programme manager at Eurofound where he coordinates a cluster of projects and develops expertise and quality of research in the field of industrial relations. He is in charge of the European Industrial Relations Dictionary (EIRD) and a number of IR governance projects (European Social Dialogue, European Semester, representativeness, quality of industrial relations, the impact of the crisis on IR, etc.). He studied law at the Universities of Bonn, Freiburg, Aix-en-Provence and Strasbourg and holds a PhD from the University of Nijmegen. Prior to joining Eurofound, he was Deputy Director of a French-German training institute for civil servants, managed the EU unit of the Chamber of Commerce and Industry in Augsburg and was Professor of EU law at the Universities of Applied Sciences in Kehl and Offenburg.