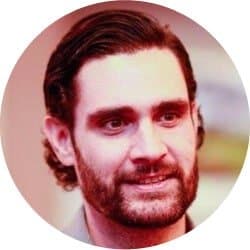 Previous wins in 2010 and 2014 have enabled Orbán to radically change the Hungarian constitution. He rolled back democratic checks and balances to build what he described as an “illiberal democracy”. This latest victory for Fidesz will serve to consolidate this shift away from the European liberal political mainstream. Orbán is now firmly entrenched as a major political thorn in the side of the EU and a champion of populist politics for the continent’s right wing.

When Fidesz lost a key mayoral election in the city of Hódmezővásárhely in February, it raised some hope that its opponents were in revival. But with almost all votes counted, Orbán has 133 of the 199 seats in parliament, a victory reinforced by one of the highest election turnouts in recent years (68.13%) and an upswing of over 3.6% for the incumbent Orbán.

This amounts to a two-thirds super-majority, effectively locking opposition parties out of the governance process. Major constitutional changes and laws can now be passed by the ruling party coalition alone.

The success of the Fidesz campaign, which was characterised by provocative eurosceptic, anti-immigration and antisemitic rhetoric, will no doubt raise further questions about the deepening of the populist root in Central and Eastern Europe. It may also finally force European leaders – including those within the European People’s Party (EPP), the EU political group with which Fidesz is affiliated, to take stock of the imbalance within their own ranks. To date, there has been an assumption within the EPP that after eight years in government Orbán would be moderated by a more balanced electoral outcome. His latest success shows that electoral balance is not something Orbán has to worry about. He is likely to be emboldened to push harder against Brussels and his political opponents within and outside of Hungary.

The real story of this election, however, is with the opposition. In a speech late on Sunday evening Orbán declared that the party had “won a fatal victory” against his rivals. And indeed, before the night was out, the leaders of both the right-wing Jobbik and the left-wing Socialists had resigned.

Jobbik came second in the election winning only 26 seats (13.07% share of the parliamentary seats with 19.54% of the popular vote), with the left-wing Socialist-Dialogue (MSZP-PÁRBESZÉD) joint ticket taking 20 seats (10.05% of seats and 12.33% popular vote). The remaining seats were divided among an array of smaller parties. These included the Democratic Coalition (DK), headed by former prime minister Ferenc Gyurcsány, which took nine seats (4.52% seats with 5.58% popular vote), the Greens (LMP), which gained eight seats (4.02% seats with 6.92% popular vote) and the Unity (Együtt) party, which won a single seat. Two additional seats went to an independent and a candidate representing the country’s ethnic German minority population. The newer smaller parties including Momentum, a youth movement headed by András Fekete-Győr, which had stood on an anti-Orbán and anti-corruption ticket, failed to win any seats.

The biggest challenge to Fidesz was felt in Budapest. There, opposition parties won 12 of the 18 city parliamentary seats. In the countryside and regional towns and cities, Fidesz won the race and opposition groups failed. To some extent, Fidesz has capitalised on inter-party animosity among its opponents. Jobbik, for instance had refused to work with any party linked to the transition era – which includes both the MSZP and DK.

The resignation of leading political figures such as Gabor Vonar, who had led Jobbik’s campaign and had sought to shift the party away from its once radical far-right position towards a more moderate nationalist leaning raises questions about the future direction of that party. Faced with a strengthened Orbán, it may now return to its less moderate roots. It is also clear that the socialists still hold no real traction with the wider population.

The next election is not until 2022, by which point Fidesz, under Orbán, will have been in power for 12 years. In the meantime, the opposition could with effective coordination help to chip away at the super-majority by cooperating to target by-election opportunities. But if there is to be any radical shift in Hungarian politics the focus will need to be on building a proper political alternative to Fidesz – a task that is near impossible in the current political climate in Hungary.

This article originally appeared on The Conversation