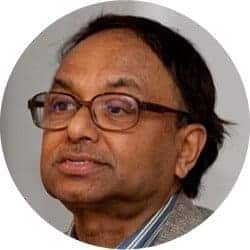 Along with rising income and wealth inequalities, the share of labour (particularly of unskilled labour) is declining both in rich and poor countries. The institutional factor behind this is, of course, the systematic weakening of labour organisations. Outside of the Nordic countries, union membership among workers is now often in dismal low percentages. In rich countries unorganised labour is growing particularly in the ‘gig economy’ of free-lancers and ‘independent contractors’. In poor countries the number of workers in the traditional informal sector often exceeds those in the formal sector.

Without the disciplining influence of worker associations many blue-collar workers are falling for the seductively simple solutions offered by political demagogues. So, in a way, both the rising inequality and the resurgence of right-wing populism – the defining twin menace facing the world today – are enabled by the weakening of labour organisations.

How to reverse this trend? Here are some suggested steps toward coping with the challenge.

It’s a steep uphill task to revive the strength of today’s beleaguered labour organisations. But considering the importance of resisting the twin menace of rising inequality and intolerance, few other tasks are as imperative.

Pranab Bardhan is a Professor in the Department of Economics at the University of California, Berkeley. He is also the author of 14 books, mostly on the political economy of development and globalisation. He was BP Centennial Professor at the LSE in 2010-11.