Two new studies show, once again, the magnitude of the inequality problem plaguing the United States. The first, the US Census Bureau’s annual income and poverty report, shows that, despite the economy’s supposed recovery from the Great Recession, ordinary Americans’ incomes continue to stagnate. Median household income, adjusted for inflation, remains below its level a quarter-century ago.

It used to be thought that America’s greatest strength was not its military power, but an economic system that was the envy of the world. But why would others seek to emulate an economic model by which a large proportion – even a majority – of the population has seen their income stagnate while incomes at the top have soared?

A second study, the United Nations Development Program’s Human Development Report 2014, corroborates these findings. Every year, the UNDP publishes a ranking of countries by their Human Development Index (HDI), which incorporates other dimensions of wellbeing besides income, including health and education.

America ranks fifth according to HDI, below Norway, Australia, Switzerland, and the Netherlands. But when its score is adjusted for inequality, it drops 23 spots – among the largest such declines for any highly developed country. Indeed, the US falls below Greece and Slovakia, countries that people do not typically regard as role models or as competitors with the US at the top of the league tables.

The UNDP report emphasizes another aspect of societal performance: vulnerability. It points out that while many countries succeeded in moving people out of poverty, the lives of many are still precarious. A small event – say, an illness in the family – can push them back into destitution. Downward mobility is a real threat, while upward mobility is limited.

In the US, upward mobility is more myth than reality, whereas downward mobility and vulnerability is a widely shared experience. This is partly because of America’s health-care system, which still leaves poor Americans in a precarious position, despite President Barack Obama’s reforms. Those at the bottom are only a short step away from bankruptcy with all that that entails. Illness, divorce, or the loss of a job often is enough to push them over the brink.

The 2010 Patient Protection and Affordable Care Act (or “Obamacare”) was intended to ameliorate these threats – and there are strong indications that it is on its way to significantly reducing the number of uninsured Americans. But, partly owing to a Supreme Court decision and the obduracy of Republican governors and legislators, who in two dozen US states have refused to expand Medicaid (insurance for the poor) – even though the federal government pays almost the entire tab – 41 million Americans remain uninsured. When economic inequality translates into political inequality – as it has in large parts of the US – governments pay little attention to the needs of those at the bottom. 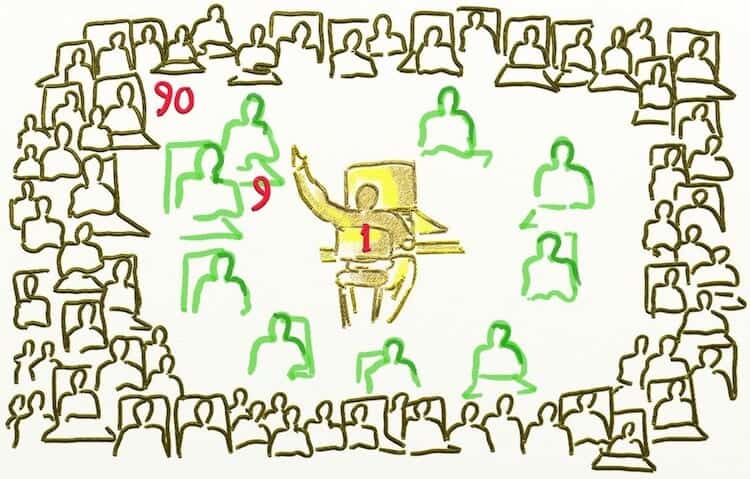 Inequality remains one of the biggest social problems. (photo: CC BY 2.0 Christopher Allen)

The recent economic downturn eviscerated the wealth of many. In the US, even after the stock-market recovery, median wealth fell more than 40% from 2007 to 2013. That means that many of the elderly and those approaching retirement worry about their standards of living. Millions of Americans have lost their homes; millions more face the insecurity of knowing that they may lose theirs in the future.

These insecurities are in addition to those that have long confronted Americans. In the country’s inner cities, millions of young Hispanics and African-Americans face the insecurity of a dysfunctional and unfair police and judicial system; crossing the path of a policeman who has had a bad night may lead to an unwarranted prison sentence – or worse.

Europe has traditionally understood the importance of addressing vulnerability by providing a system of social protection. Europeans have recognized that good systems of social protection can even lead to improved overall economic performance, as individuals are more willing to take the risks that lead to higher economic growth.

But in many parts of Europe today, high unemployment (12% on average, 25% in the worst-affected countries), combined with austerity-induced cutbacks in social protection, has resulted in unprecedented increases in vulnerability. The implication is that the decrease in societal wellbeing may be far larger than that indicated by conventional GDP measures – numbers that already are bleak enough, with most countries showing that real (inflation-adjusted) per capita income is lower today than before the crisis – a lost half-decade.

The report by the International Commission on the Measurement of Economic Performance and Social Progress (which I chaired) emphasized that GDP is not a good measure of how well an economy is performing. The US Census and UNDP reports remind us of the importance of this insight. Too much has already been sacrificed on the altar of GDP fetishism.

Regardless of how fast GDP grows, an economic system that fails to deliver gains for most of its citizens, and in which a rising share of the population faces increasing insecurity, is, in a fundamental sense, a failed economic system. And policies, like austerity, that increase insecurity and lead to lower incomes and standards of living for large proportions of the population are, in a fundamental sense, flawed policies.