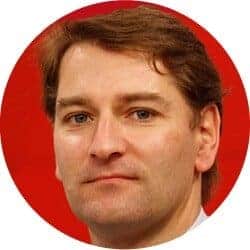 The “referendum” on Catalonia’s independence, held on October 1, did not end up well for its promoters. It had been declared illegal by the Spanish Constitutional Court, and the national government did everything in its power to prevent it from happening. In the end, around 43% of citizens entitled to vote turned out, and the vote did not meet minimal international standards as to be taken seriously by anyone.

To external observers this could seem like a clash of legitimacies between two governments, the Spanish and the Catalan, both democratically elected. Catalan nationalists dressed their demands under a supposedly perfect democratic disguise: how could any democrat refuse the will of the people expressed in a vote? Yet, in early September the regional Parliament approved by only a slim majority the referendum law that did not even comply with its own parliamentary rules and procedures. The law claims that the Catalan people have the “imprescriptible and inalienable right to self-determination”, as expressed by the United Nations. Yet, as independentistas should know very well, the right to self-determination only applies to people subject to colonial domination or foreign occupation and in undemocratic states. None of these applies to Catalonia.

Even the Venice Commission of the Council of Europe has recently indicated that any referendum on independence has to be in conformity with the Spanish Constitution and agreed with the Spanish Government, which is not the case today. The excessive use of force by police against civilians in various voting centers was very unfortunate and should have been avoided, but it does not change the weight of the argument.

Crucially, it is not true that Catalans are oppressed and cannot vote. On the contrary, over 91% of the Catalan voters approved the current Spanish Constitution in 1978, which is now so lambasted by pro-independence forces – a much higher rate than anywhere in the rest of Spain. Ever since, Catalans have been voting in free elections and expressing themselves in many ways since the restoration of democracy in 1977. They have participated massively in over 35 elections to choose their representatives at local, regional, national and European level.

Catalonia is a very advanced society that enjoys one of the highest degrees of self-government of any region in the world, with full competences in most key areas such as education, health, social services, police forces, etc. By far and away most aspects of Catalan ordinary life are run at local or regional government level, with no interference from Madrid.

Moreover, the argument often heard that allowing a proper referendum in Catalonia is the only democratic way out for Spain flies in the face of its potential consequences. In the current context of social disaffection, political populism and intense propaganda, a referendum on Catalonia’s independence could end up ripping the Catalan society into two, undermine its social cohesion, isolate it internationally, throw it out of the EU and the euro, and destroy the countless links, family, economic, historic, etc. that have bound Cataluña with the rest of the country for over five centuries. This is not democracy.

So, although the use of force was unfortunate, preventing an illegal referendum was not only democratic, but the only thing a democratic government could have done under the rule of law. Yet, law and order measures alone will, by no means, solve a profound and protracted problem that is dividing Catalan society. Only a political agreement can put an end to this political: the manifest dissatisfaction with the status quo felt by about half of the Catalan population. The best option would be a reform of the Constitution to turn the country into a proper federal state, which would enhance Catalonia’s self-government, improve its financial autonomy and better recognize its identity, culture and language. The country is more decentralized than most federal states but lacks the federal institutional architecture to make it work efficiently (such as a decent Senate, clear delimitations of competences, or organs of cooperation between regions, among others). Therefore, a federal state would be good not only to accommodate Catalan demands, but to improve the functioning of the country as a whole. A reformed Constitution would have to be voted on and approved by all Spaniards, including Catalans.

Ultimately, all federal states are founded on an implicit contract of loyalty from the parts (the regions) to the center (the State), which is the grand Political Agreement with the Catalan nationalists that Spain needs: greater autonomy for and recognition of Catalonia in exchange for dropping independence demands and pledging loyalty to the Constitution. The latter is not an easy task, but in my view it is the only way forward which avoids total confrontation and rupture.

Unfortunately, it is unlikely that pro-independence leaders will be willing to negotiate anything, except the terms of the secession. If they were to declare independence unilaterally in the next few weeks, it would force the national government to react and suspend Catalonia’s self-government, which would be disastrous.

On the other hand, the current Prime Minister Mariano Rajoy is totally unfit for embarking on negotiations. He and most of the current center-right Popular Party (PP) senior leaders are also responsible for the rise of Catalan pro-independence forces in the last decade through their centralizing tendencies and total lack of sensitivity about Catalan singularities and demands. The PP claim of unconstitutionality regarding the reformed Catalan Estatut (the Charter that sets out Catalonia’s self-government), previously approved by the national and regional parliaments and by the Catalan people, was a decisive moment in the struggle for independence. The ensuing ruling from the Constitutional Court in 2010 turned down parts of the Estatut and was considered a major blow to millions of citizens, who turned to independence as the only way to enhance self-government. Since then, the mistrust felt by a large majority of Catalan citizens and political forces towards Rajoy and his collaborators make it impossible for him to strike a compromise.

Here, the best hope is for fresh elections and the emergence of governments in both Spain and Catalonia, headed by new leaders with enough vision, intelligence and generosity to reach a political agreement that leads the country out of this mess.

In conclusion, many Spanish democrats believe that ultimately a proper vote should take place in Catalonia, but not one that deepens social divisions and leads to confrontation and political instability. On the contrary, Catalans should vote, along with other Spaniards, for a federal Constitution that will keep a reformed Spain united, democratic and prosperous for at least a generation to come.

Manuel de la Rocha is an economist at Fundation Alternativas, a center-left policy think-tank based in Madrid.