Manuel de la Rocha is an economist at Fundation Alternativas, a center-left policy think-tank based in Madrid. 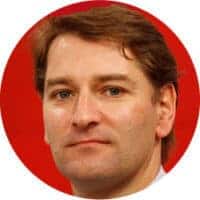 The “referendum” on Catalonia’s independence, held on October 1, did not end up well for its promoters. It had been declared illegal by the Spanish Constitutional Court, and the national government did everything in its power to prevent it from happening. In the end, around 43% of citizens entitled to vote turned out, and the […]

Economistas Frente a la Crisis (Economists Confronting The Crisis) is a group of Spanish economists founded in 2011, who refuse to remain indifferent to the increase social suffering and inequality brought about by current economic policies. Our aims is to challenge the dominant conservative economic paradigms and promote a broader debate on proposals capable of […]