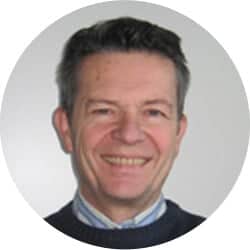 Europe needs to spend €1.5 trillion on social infrastructure between now and 2030 to redress the massive underspend over recent years and to address the increasing demands on social services. This is one of the main arguments of the report, Boosting Investment in Social Infrastructure in Europe, from the High-Level Task Force (HLTF) set up by the European Long-Term Investors’ Association and supported by the European Commission.

While the report is very good in identifying the scale of the problem, it fails to address some of the key reasons why spending on social infrastructure has been too low for too long and so puts too much emphasis on an increased role for private finance.

The report refers to the “long economic crisis” but not directly to the fiscal consolidation that has been imposed across Europe and contributed to delaying and weakening the economic recovery. It argues:

Burdened by the debt overhang and the growing demands on – and costs of – the Welfare State, public resources for investment are being squeezed, or at best remaining stagnant.

The assumption is that there is no scope for significant increases in public investment in social infrastructure, that the debt and deficit targets of the Stability and Growth Pact are set in stone and that “when financing infrastructure we should put less pressure on public finances.”

There is an alternative view that puts public investment at the centre of the solution and this requires an analysis of why the cuts in public investment have been so deep for so long. This is covered by the report but relegated to a footnote on page 27. An analysis by the European Investment Bank (EIB) found that most EU countries slashed capital spending despite an overall decline of debt-servicing expenditure.

Addressing these obstacles would be a start but what about boosting public finances through more effective tax collection, measures to reduce tax fraud and looking at a more progressive tax agenda that could include initiatives on wealth and property taxes?

The HLTF report, however, focuses on the ways in which the private sector might fill the investment gap with public-private partnerships (PPPs) seen as an option. Unfortunately, the Task Force didn’t do its home work when it comes to the evidence on PPPs. The risks involved were highlighted most recently in the UK with the collapse of the construction and services company Carillion which is involved in several PPPs, including the Midland Metropolitan Hospital development which has the backing of the European Fund for Strategic Investments.

Shortly after the Carillion scandal, the whole basis of the PPP system was starkly exposed in a report by the National Audit Office (NAO), the UK government-appointed public spending watchdog. The report raises serious questions about the financial benefit of the Private Finance Initiative (PFI), the UK version of PPPs, indicating that many projects are more expensive –up to 40% more – than directly publicly-financed projects.

The NAO also says that “there is still a lack of data available on the benefits of private finance procurement.” This seems astonishing when the UK has more than 25 years of experience of PFI projects.

A recent report by the European Court of Auditors (ECA) is equally damning. The ECA analysed 12 PPPs which had been co-financed by the European Union and ECA found “widespread shortcomings and limited benefits, resulting in €1.5 billion of inefficient and ineffective spending.” It also said: “value for money and transparency were widely undermined in particular by unclear policy and strategy, inadequate analysis, off-balance-sheet recording of PPPs and unbalanced risk-sharing arrangements.”

The ECA went on to recommend that the European Commission and Member States should “not promote more intensive and widespread use of PPPs until the issues identified have been addressed.”

Another recent report from the Smith Institute in the UK, Out of Contract: time to move on from the ‘love-in’ with outsourcing and PFI, concluded: “As a financial device [PFI] diverted (and continues to siphon off) revenue to banks and equity financiers through contracts thick with obscurantist detail and shrouded in secrecy. In many deals, the PFI revenue costs of outsourced services are not clear.”

These are three recent additions to kinds of evidence that public service trade unions have been drawing attention to for many years. An EPSU briefing published in 2014 and a PSI study from 2015 both raise fundamental issues with PPPs and how they have failed to live up to their promise.

With public investment in decline but interest rates still at historic lows, the fundamental question is why there are not major efforts to boost public investment rather than put up with the higher borrowing costs of PPPs.

The European Commission has used the European Semester process to urge some countries to boost public investment but with limited results. A much bolder approach is needed. The European Trade Union Confederation, for example, has backed the idea of a European Treasury. This would be a vehicle to pool future public investment spending in Europe and fund it through European treasury securities. This would be a European response to a European-wide challenge and one that looks first to the public sector for a solution rather than to the questionable contributions of PPPs. At local, national and European level progressive and other politicians should steer well clear of PPPs and not be tempted to see them as a solution. They might be a long-term money spinner for business but it’s the public sector that gets stuck with the risk and the higher costs.

Richard Pond works at EPSU, the European Federation of Public Service Unions, and is responsible for a number of policy areas, including collective bargaining, the European Semester and research.