Despite the share of women and of representatives with a minority background increasing by a small margin, there is still a long way to go.

German citizens elected a new federal parliament on September 26th. While waiting for the winning parties to form a coalition government, it is worthwhile exploring what the election result means for equality and diversity. Such a glimpse into the composition of the new German legislature tells us that the Bundestag has become a bit more female and a bit more diverse—but not by much.

The share of women in the 20th Bundestag has only slightly increased, from 31.4 per cent after the previous election in 2017 to 34.7 per cent now. This slow rise in the number of seats held by women is primarily caused by the increase of votes for the social-democratic SPD and the Greens, two parties with much higher numbers of women among their candidates compared with the conservative CDU/CSU union and the right-wing AfD, which both lost seats.

Nevertheless, the proportion of female members of the Bundestag is still below the 36 per cent tally following the federal election in 2013. And given that about half of the German population are women, they are still significantly under-represented.

Apart from the FDP and the AfD, all major German parties have some sort of gender quota for the compilation of their party lists for elections. However, it seems that if these voluntary quotas are not raised, and consistently applied to the nomination not only of party list candidates but also of direct candidates in Germany’s mixed electoral system, a considerable rise in the number of women in the Bundestag is hard to imagine.

This issue becomes clear when looking more closely at the group of politicians with a migration background in the new Bundestag. Taking the survey by Mediendienst Integration as a basis, more than 40 per cent of all members of the new Bundestag with a migration background have roots in other European countries, while only about 23 per cent have a Turkish background, the largest immigrant group in Germany, and only three representatives are black (which nevertheless is more than double the number in the last Bundestag).

It is also telling that most of the latter members of the Bundestag represent the SPD, the Greens and the Left, whereas almost all members of the new Bundestag representing the CDU/CSU and FDP have a European background. Even though the rising number of representatives with a migration background is good news for diversity in the Bundestag, this number tells only half the story in relation to the integration of non-European immigrants and their children into German politics. When it comes to capturing equal—or rather unequal—access to political power, the German definition of a migration background certainly lacks nuance.

Finally, it is worth emphasising that identities are not shaped by just one category, such as gender or ethnic background. Therefore, it is important to assume an intersectional perspective to understand better how sexist and racist discrimination interact. When looking, for instance, at the group of MPs with a migration background, what is perhaps most surprising is that more than half of them are women.

There are several possible explanations for this, including the fact that female politicians with a migration background benefit from both party gender quotas and the attempt to create more diverse party lists. Nominating a woman with a migration background ticks both boxes—and, at the same time, leaves more space for white men. In contrast, in parties that do not apply gender quotas, such as the FDP and the AfD, women are considerably under-represented in both the migration-background and non-migration-background groups.

Another reason may be that racist stereotypes portray immigrant men as more threatening, associating them with violence and crime, whereas women are often depicted as victims in need of protection. That such stereotypes affect candidate selection is suggested by the fact that the share of women among MPs with a Turkish or non-European migration background in many parties (the CDU, SPD and Greens) is considerably higher than among MPs with a European migration background.

However, despite what these results might suggest, women with a migration background are not automatically better represented in the German political system than their male counterparts. A closer look into German state parliaments reveals the effect of differences in electoral systems. The continuous under-representation of women with a migration background in the states of Bremen and Bavaria, for instance, suggests that open list systems can be unfavourable for minority women if voters are less inclined to give their votes to female candidates.

This may be the case if male candidates with more resources and better networks at their disposal than women specifically mobilise for personal votes within immigrant communities in which patriarchal attitudes prevail. Furthermore, interviews I have conducted with female politicians with a visible migration background suggest that party elites, who serve as important gatekeepers in intra-party recruitment and nomination processes, only selectively promote visible-minority women. Depending on their preferences, some female politicians with a migration background get access to intra-party institutions that are important for political careers, while others are overlooked or even discriminated against.

These results suggest that if German political parties want to contribute to a noticeable increase in equality and diversity in German politics, they will need to consider raising and consistently implementing gender quotas. They will also need to provide systematic support systems for potential candidates from disadvantaged groups, regardless of whether they are female, have a migration background or are subject to another form of discrimination.

The results of the federal election show that, so far, such efforts have not been enough to really make a difference.

This first appeared on the London School of Economics EUROPP blog 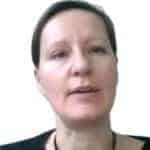 Anne Jenichen is a senior lecturer in politics and international relations at Aston University, Birmingham, and its Aston Centre for Europe. Her research interests include the political representation of women and intersectional groups, primarily in German politics, as well as international policies promoting the rights of members of disadvantaged groups, especially women and religious minorities.