In a few months, Scholz reversed the social democrats’ decade-long decline, running on a message of dignity and respect for all workers.

Olaf Scholz and his social-democratic SPD came out on top in Germany’s federal election with 25.7 per cent of the vote, narrowly edging out the Christian Democratic Union (CDU) of the outgoing chancellor, Angela Merkel, and its Bavarian sister party, the Christian Social Union (CSU), which received 24.1 per cent.

It was an astonishing victory for a party which had polled at around 14-15 per cent just four months earlier, when Scholz proclaimed his intention to become Germany’s next chancellor. At the time, his announcement sounded rather bold, even fanciful, considering that the SPD had come to be regarded as an irreparably damaged and diminished party. For years, the party had been haemorrhaging more and more of its traditional working-class and middle-class base. Now, some of those losses have been reversed.

How did Scholz pull off this electoral surprise? A partial hint can be found in the SPD’s crisp campaign slogans: ‘Soziale Politik für Dich’ (‘A social policy for you’) and ‘Respekt für Dich’ (‘Respect for you’). In the party’s online debates about its electoral programme, the overarching message which emerged was that Scholz had a ‘plan for the future’ and knew how to win back votes from the populists. The party’s focus would be on ‘respect’, ‘dignity’, the ‘future’ and a ‘sovereign Europe’. It was not for those ‘who think they are better’.

Among the sources of inspiration for the party’s programme was the Harvard University philosopher Michael Sandel. In his recent bestseller, The Tyranny of Merit, Sandel argues that education has become the greatest source of division in society. True, education was once a top progressive priority and part of any self-respecting social-democratic party’s DNA. The idea was that if you work hard and educate yourself, you can rise in society. But as Sandel contends, meritocracy has a dark side, because the winners tend to look down on those who do not achieve the same upward mobility.

Even if the winners owe their success largely to luck, an expressly meritocratic system allows them to say that they deserve their gains, because they were all of their own making. It also leads to the conclusion that the less well-off deserve their station, as if they simply failed to try hard enough. According to Sandel, meritocracy—and the attitudes it instils—has made the elite into an arrogant club, while depriving many others of their dignity.

The meritocratic narrative Sandel criticises ignores the fact that not everybody has an equal opportunity to ‘win’. In Germany, only 15 per cent of students from a household without university graduates complete a bachelor’s degree, compared with 63 per cent of students from more educated households. This is an important reason why Germany lags behind most other members of the Organisation for Economic Co-operation and Development in terms of social mobility.

Scholz’s campaign succeeded because he recognised that Sandel’s insights applied almost perfectly in Germany. The SPD regained votes from its traditional base, where many had felt betrayed and thus turned to the leftist party Die Linke. Owing at least partly to Scholz’s deft messaging, Die Linke’s share of the vote shrank by 50 per cent from its 2017 level. It is now barely scraping by, falling below the 5 per cent threshold but maintaining its presence in parliament by dint of having won three districts directly.

More surprisingly, perhaps, the social democrats also seem to have siphoned votes from the far-right Alternative für Deutschland. Indeed, the SPD is now the strongest party in every eastern-German state except Saxony and Thuringia, where the AfD dominates. Apparently, the SPD’s campaign of ‘respect’ appealed to Germans who had felt a loss of dignity in the years since the fall of communism and reunification.

The SPD also appears to have regained votes from the centre-right CDU/CSU. In recent elections, many SPD voters had defected to the CDU out of support for Merkel, who represented the safe, stable centre of German politics. But now that Scholz is leading the SPD, they see their former political home as acceptably moderate once again.

Finally, the SPD also may have gained some votes from the Greens, a party that had increasingly come to represent the social-democratic position in recent elections.

Scholz’s campaign of dignity has delivered a fascinating result. The question now, of course, is how the revived SPD’s agenda will be translated into a new government, and then into new public policies. 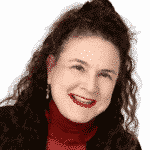 Dalia Marin, professor of international economics at the Technical University of Munich’s School of Management, is a research fellow at the Centre for Economic Policy Research.