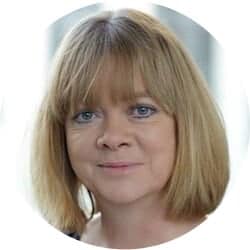 Many of us remember the 1970s for its music and fashion, but we should also take a lesson from its mistaken beliefs. Without easy access to data or analyses of social trends, some ideas about the workings of nature and society were completely backward. Today, we know things that were simply unknowable back then.

If you asked doctors in the 1970s who was most likely to suffer a heart attack, they would share an intuition about “executive stress.” People in senior leadership positions, it was believed, face higher risks of coronary disease because of the demands of their jobs.

It turns out that there is no such thing as executive stress, and heart disease is far more common – and deadlier – in people further down the socioeconomic ladder. Politicians and policymakers (and of course physicians) now know about health inequalities and the link between social status and morbidity, even if they do not always act effectively to address it. 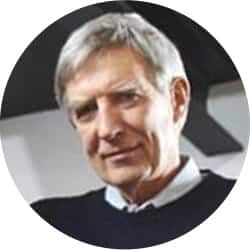 In the United Kingdom, this discovery dates back to 1980, when the Department of Health and Social Security published its Report of the Working Group on Inequalities in Health. The Black Report, as it became known (after its chairman, Sir Douglas Black of the Royal College of Physicians), systematically collated all the available data on socioeconomic status and health outcomes. Men in the lowest socioeconomic group, it turned out, were dying at a rate twice that of men in the highest, and the gap was growing, despite the establishment of the National Health Service.

Prime Minister James Callaghan’s Labour government commissioned the Black Report in 1977, but by the time it was published, Prime Minister Margaret Thatcher’s new Conservative government was in power. According to the British Medical Journal, in its 2002 obituary for Black, “The Black report was not to Mrs. Thatcher’s liking and was never printed; instead, 260 photocopies were distributed in a half-hearted fashion on Bank Holiday Monday.” And, although “the report had a huge impact on political thought in the United Kingdom and overseas” – leading the OECD and the World Health Organization to assess 13 countries’ unequal health outcomes – this did not extend to “UK government policy.”

Just as Thatcher’s government was burying the Black Report and pretending that health inequalities didn’t exist (and, indeed, that “society” didn’t exist), it was also pursuing neoliberal economic policies without any evidence to support them. These measures included reduced public spending and the privatization of public goods, lower taxes, financial deregulation, and free-trade agreements.

In the late 1970s and early 1980s, neoliberalism’s defenders promised that embracing market-based solutions would unleash economic growth, generating the proverbial rising tide that lifts all boats. But, like executive stress, this phenomenon was a phantom. That didn’t stop Thatcher and US President Ronald Reagan from pursuing an agenda that disrupted the health and wellbeing of millions of people. In the face of growing inequality, they saw the gap between rich and poor as just a side effect, and possibly even a spur for innovation, aspiration, and creativity for those lower down the ladder.

They were wrong about that, too. Even before the 2008 global financial crisis, neoliberalism was causing what the University of Durham’s Ted Schrecker and Clare Bambra have called “neoliberal epidemics.” As Schrecker and Bambra and many others have shown, income inequality has profoundly damaging and far-reaching effects on everything from trust and social cohesion to rates of violent crime and imprisonment, educational achievement, and social mobility. Inequality seems to worsen health outcomes, reduce life expectancy, boost rates of mental illness and obesity, and even increase the prevalence of HIV.

Deep income inequality means that society is organized as a wealth-based hierarchy. Such a system confers economic as well as political power to those at the top and contributes to a sense of powerlessness for the rest of the population. Ultimately, this causes problems not only for the poor, but for the affluent as well.

One problem in the past was that income inequality – and its link to social and health problems – was overlooked in comparison to measures of national wealth, such as average income (GDP per capita). But, as leading economists and institutions such as the International Monetary Fund and the World Economic Forum are coming to realize, income inequality is a serious problem for economic stability and growth, too.

Careful analysis of statistical data debunked the idea that stressed executives are at a higher risk for heart attacks. Now, it has debunked the 1980s myth that “greed is good,” and has revealed the extensive damage inequality causes. It was one thing to believe these myths decades ago, but when experience and all the available evidence show them to be mistaken, it is time to make a change.

“Any man can make mistakes, but only an idiot persists in his error,” said the Roman philosopher Cicero. Now that we know how inequality harms the health of societies, individuals, and economies, reducing it should be our top priority. Anyone advocating policies that increase inequality and threaten the wellbeing of our societies is taking us for fools.