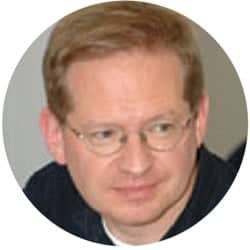 The new Polish prime minister, Beata Szydło, had a firm message for her EU allies in her inauguration speech – they shouldn’t burden the Poles with their migrant problems. As she put it:

The issue of refugees is making us aware that the question of solidarity must be defined clearly. One cannot call attempts to export problems, which some countries have created without others’ participation, solidarity.

Szydło is deputy leader of the right-wing Law and Justice (PiS) party, which won a decisive victory in October’s election, becoming the first political grouping in post-communist Poland to secure an overall parliamentary majority (Andrzej Duda, the recently elected president, is also from Law and Justice).

In the wake of the Friday 13 Islamist terrorist attacks in Paris, Szydło’s speech explicitly framed the new government’s programme in terms of increasing Poland’s national security – even while she mainly focused on the social and economic issues at the centre of the party’s election pledges. The obvious question for Poland’s allies is what it means for the country’s migration policy.

The former Civic Platform (PO) centrist government, led by Ewa Kopacz, tried to strike a balance between competing domestic and international pressures on the migrant front. It was concerned to be seen to be responding to popular anxieties about EU institutions trying to impose migrants on a country with very few ethnic minorities and virtually no non-Europeans.

At the same time, the former administration came under growing pressure to take a greater share of migrants – both from the liberal-left domestic media and cultural establishment and from Brussels and other EU states.

Having initially opposed the European Commission’s proposal for mandatory migrant quotas, the government decided to share the burden following the wave of migration during the summer. It had feared it was in danger of being labelled one of the least migrant-friendly member states by the Western media, and switched to a policy of “responsible solidarity” instead. At the September EU summit on the migration crisis, Warsaw went against the Czech Republic, Hungary and Slovakia and voted to accept 4,500-5,000 additional migrants, meaning a total of around 7,000 next year.

Law and Justice took a very different position. It argued that Poland should resist EU pressure to take in migrants and make policy decisions based on Polish interests. It warned there was a serious danger of making the same mistakes as many Western European countries, making Poles “guests in their own country”. During the election campaign it claimed that France, Germany, Italy, Sweden and the UK were EU states with large Muslim communities where this scenario was already unfolding.

The party argued that rather than taking in migrants, the EU should concentrate on providing aid to refugee camps in the Middle East and North Africa. It accused the government of betraying its central European allies and violating national sovereignty by taking decisions under EU pressure without the agreement of the people. It argued that taking 7,000 migrants was unrealistic because family members would be able to join initial arrivals, and that it was naive to believe that this quota would not be used as a precedent to force Poland to take in additional migrants in the future.

So how tough will Law and Justice be now that it has power? In the wake of the Paris atrocities, new European minister Konrad Szymański suggested that Poland might try and unpick the September deal. He argued that the attacks showed that the EU’s response to the migrant crisis was flawed and his country’s participation in the relocation scheme was now untenable.

Yet Szymański did subsequently backtrack on this somewhat, saying that Poland would only accept migrants under the EU scheme if security guarantees were in place. Meanwhile Szydło and new foreign minister Witold Waszczykowski both said the new government would abide by the deal, while stressing that Warsaw would be seeking robust guarantees that any migrants were genuine refugees and did not pose a threat to national security.

Nonetheless, as Szydło’s policy speech made clear, the Law and Justice-led government is likely to take a much harder line on this issue than its predecessor. We can expect Poland to oppose taking in additional migrants under the EU scheme, even as their numbers show no sign of abating and more intensive attacks on Islamic State in Syria potentially increase the number of refugees leaving the country. States trying to put the issue of controlling the bloc’s external borders back on the agenda can expect support from the Poles too. Though time will tell how far the new government differs from Civic Platform in practice, Polish-style “responsible solidarity” may well turn out to be interpreted very differently by the new administration.

Ales Szczerbiak is Professor of Politics and Contemporary European Studies at the University of Sussex.