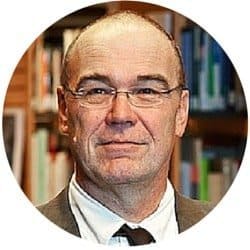 Before the ‘digital revolution’ things were relatively simple. A taxi equalled a car plus a driver. This driver could be self-employed or employed by a taxi company – or, possibly, a member of a cooperative. He or she paid taxes and social security contributions. Taxi-driving was an occupation, usually both full-time and long-term (except in those cases where it was a second job). The only – relatively marginal – alternative was hitchhiking.

The digital revolution – to be more precise, the emergence of digital platforms – has fundamentally altered this simple equation. Today ‘person + car’ can be the sum of at least four different combinations, the first of which is still the one described above, albeit enhanced by some technological improvements (mobile appliances, GPS, etc.).

The second combination is that of a part-time job carried out for a few hours per day or per week, generally in conjunction with some other status or activity (student, unemployment, employment or self-employment, retirement – or even taxi-driving). This applies to Uber and other similar agents about whom we hear less, like the new Flex service launched by Amazon which makes each one of us into a potential ‘delivery boy’ paid on a piece-work basis. What is the status of these workers? Unclear – as is shown in particular by the recent efforts of Uber workers to obtain employee status.

The third possibility is to reduce your own transportation costs – generally for long journeys – by offering to share your vehicle with one or more other people. This is the kind of ‘car-pooling’ arrangement organised by the Blablacar platform: a paying service for a sharing economy. Yet the nature of the transaction is hardly clear here either: is it some sort of cost-sharing contract?

The fourth combination, finally, is to rent out your own car – for a week or weekend when you are not using it – to other users. This combination too – a way of providing some extra income that contributes to the cost of running a car – has been made easier by digital platforms. Would it be called a rental service contract?

It becomes perfectly possible to earn your living principally as a taxi-driver, to do a bit extra on the side for Uber, to carry passengers on a private ride-sharing basis, and to rent out your car as a service.

Yet none of this is straightforward. What are the tax and social security implications and consequences of all these ‘new’ types of transaction? The case of Uber, whose social security, taxation and profit-making aspects are far from clear, has captured media attention. Yet the same questions arise in relation to Blablacar, a survey having shown that without it passengers would either have driven their own car or taken the train. Indirectly, this raises the question of public investment in collective transport; if the cost of using a car is reduced, relative price issues are affected.

The digital revolution brings us up against unprecedented situations applicable to categories of persons and workers about whom we know rather little. Who are the Uber drivers? Who are the people who rent out their cars or offer rides to paying passengers?

This diversification of the ‘one person-one car’ binome (duo) reflects a development that is also emerging in other areas where what used to be a matter of the part-time private use of an expensive item (car, apartment, tools, …) has become for the owner an asset lending itself to a range of income-generating uses and activities.

A host of questions thus arise as a result of these changes: questions about the ‘person/worker’, to which we have alluded, but also about the ‘platform/employer’, about the localisation of profits (and taxes), about monopoly and competition, about the financing of ‘local’ social models, about regional development, about individual and collective responsibilities, etc. These changes thus call for urgent overall reflection at the European level.