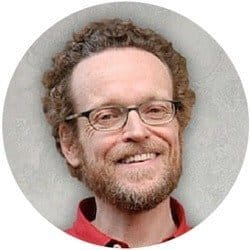 We are sitting in a car going 35 miles per hour. It’s a nice day and the road is straight. But the map tells us that we are approaching a densely populated area where we know we’ll have to slow down to 20 mph, maybe less. There are no other roads we might turn onto; we are stuck with the one we’re on.

Our car is a bit unusual. It’s an automatic, no clutch or gears. It also has no brakes. And it has a strange time delay in the gas pedal so that any fuel we put to work by pressing the pedal reaches the engine gradually, spread out over the next five minutes. How hard the engine is working depends on how far, on average, the gas pedal has been pressed over the five preceding minutes.

Our chauffeur has been driving cautiously at first, pressing the pedal only slightly. But he’s become more assertive recently, pressing the accelerator farther down toward the floor. Most of the acceleration this will cause has not yet occurred.

Some of the passengers are getting restive. The densely populated area is now in sight, and it looks like it’s a bit below where we are, so the road ahead seems to be going downhill. We can also see from the speedometer that the car is gaining speed: 37 – 38 – 39 – 40, in ever more rapid succession. We are worried about the lack of brakes and worried about all the fuel that will still reach the engine over the next five minutes. At our speed, five minutes means more than 3 miles. Do we really want to drive in a densely populated area at 45 or 50 mph without brakes?

For a few painful minutes, the driver ignores the increasingly urgent appeals from the back seat and keeps depressing the accelerator farther. But now we finally have his attention, and he actually turns down the radio to tell us that he fully shares our concerns. Good! He has a great idea, too: let’s all vote to agree that our speed in the densely populated area shall be no more than 15 miles per hour. We are much relieved; and everyone happily votes for the proposal. But the driver’s foot stays where it is, pressing the accelerator halfway to the floor. And the speed has reached 40 now – no, make that 41. A bottle of champagne is circulating to celebrate our unanimous agreement.

The agreement concluding the recent COP21 in Paris could be the turning point toward saving the world from a climate disaster. But it could also breed the complacency that will make this disaster inevitable. The agreement as such solves nothing. The hard work lies ahead.

The great positive about the agreement is the shared realization that we must keep the average global surface temperature of our planet from rising more than 1.5 degrees Celsius above the pre-industrial level. The great problem is that there was no agreement on any division of responsibilities toward achieving this task. However much states may emit in the future, none of them will be violating the Paris agreement.

How much heat from the sun our planet absorbs depends on how much greenhouse gas is in the atmosphere. The most important greenhouse gas, carbon dioxide (CO2), has already increased by 50%, from 270 to over 400 parts per million, and this increase has already raised the average global surface temperature by 1 degree. Even if humanity were to emit no more greenhouse gases at all, the elevated level would continue to heat our planet beyond the 1.5 degree target.

But then of course we will emit more greenhouse gases. In fact, global annual emissions may continue to increase even if – improbably – all states were fully to keep their voluntary pledges (their Intended Nationally Determined Contributions or INDCs) toward averting a climate disaster. It seems inevitable now that atmospheric carbon dioxide will break above 450 parts per million, thus substantially increasing the extra heat our planet will absorb from the sun. One cannot banish a danger simply by agreeing that it won’t materialize.

But governments can mollify the world’s citizens with such agreements. This propaganda trick has worked before. At the 1996 World Food Summit in Rome, governments agreed to halve hunger, for instance, without agreeing on any specific efforts or division of responsibilities. When the number of undernourished people rose, they repeatedly diluted the promise (in the Millennium Declaration and again in the first Millennium Development Goal). And then, when they were still way off-track in 2012, they revised their method for counting the hungry so as to greatly raise the historical baseline and greatly lower the current count.

Last September governments adopted the Sustainable Development Goals, promising by 2030 to “end poverty in all its forms everywhere.” This sort of agreement benefits present power holders by producing public appreciation: the widespread feeling that they have solved the poverty problem. The agreement will put some pressure on future power holders, who will predictably resort to creative interpretations of those pledges and to creative accounting gimmicks. We can expect the same to happen with the INDCs.

At worst, the COP21 agreement may produce consent and complacency, allowing governments to postpone hard choices until the climate disaster is inevitable. At best, this agreement may inspire action toward formulating and implementing a common plan for averting this disaster. To achieve the latter outcome, citizens must keep up the pressure and insist on a determinate division of responsibilities that will definitely suffice to accomplish the task.

Here it will help to remind governments that they do have legal duties in regard to the climate, even if they failed in Paris to impose such duties on themselves. By continuing with their present emissions and thereby causing ever-increasing climate harms, governments would be violating important legal duties arising from existing human rights law, international law, tort law, private law and environmental law.

The Oslo Principles with associated legal commentary constitute a sustained effort to articulate what these existing legal duties require from governments. Courts have already enforced these legal duties: in the Urgenda case in the Netherlands, the Leghari case in Pakistan and the Foster case in Washington State, for example. Other cases are pending in Norway, Belgium, the United Kingdom and elsewhere.

We can still save our beautiful planet. To do so, we must follow up the Paris agreement with fundamental reforms of our global economy in the very near future. Getting governments to implement these reforms against much corporate resistance requires a substantial citizen mobilization around the globe. Resist the temptation to relax after Paris. We can’t save this world without your active engagement.