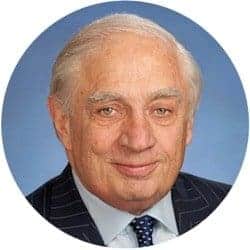 The Mediterranean migration crisis has delivered two critical lessons. First, Europe and the international community have grossly inadequate systems for protecting vulnerable migrants. Second, in the absence of such systems, populist leaders will prey on fear to gain political support, undermining the liberal, tolerant societies that have taken 70 years of hard work to build.

That is why vigorous action at the European and global levels is essential this year. In September, United Nations Secretary-General Ban Ki-moon will convene an extraordinary summit dedicated to building a fair global system for protecting refugees and vulnerable migrants. One hopes that countries will come prepared to make tangible, enduring commitments.

Such commitments were sorely lacking in 2015. Indeed, the international community could have blunted last year’s crisis by providing even modest support for the three frontline countries – Turkey, Lebanon, and Jordan – which together host some four million Syrian refugees. With only around €10 billion ($10.8 billion), these countries could have provided better housing, food, and education for refugees, thereby reducing the incentive to flee to Europe. That failure could end up costing Germany alone upwards of €21 billion annually for years to come.

But the financial implications of the crisis pale in comparison to the human and political costs. More than a million people risked their lives crossing the Mediterranean last year, and then endured grueling journeys through the Balkans. Almost 4,000 people died on the way, and many European countries turned their backs on those who survived, refusing them safe haven.

Cynical political leaders ruthlessly capitalized on popular anxiety by promoting an odious nationalist vision that either ignores or distorts real-life experiences with immigration. In the United States, for example, not one of the 780,000 refugees resettled since September 11, 2001, has executed a terrorist attack. Meanwhile, immigrants typically pay more in taxes than they receive in benefits.

Nonetheless, extremist forces are dangerously close to taking political power in some European states, and are gaining traction even in formerly liberal bastions. Anti-migrant parties already are in power in Hungary and Poland. Their success is compelling mainstream parties to adopt anti-migrant policies as well.

All of this has seriously undermined European cooperation. The EU’s program to process the million refugees who arrived on its shores has succeeded in “relocating” a mere 190 of them. Checks at the borders of six countries within the Schengen Area have been reinstituted, at least temporarily. To the rest of the world, the EU appears chauvinistic and inept.

Of course, the crisis is not solely for Europe to solve; responsibility is not defined by proximity. But the EU might now face an existential threat, which it can overcome only with a strong show of solidarity and global leadership. That is why its member states must take the lead in proposing solutions.

The most urgent priority is to create safe and legal paths for refugees to reach Europe. This does not imply that every vulnerable migrant must be accepted. But the EU should be more systematically generous in determining how many to admit, and it should implement organized ways to facilitate their entry. Such a system would protect migrants and safeguard Europe (by enabling it to vet applicants fully).

Beyond reducing the incentive for asylum-seekers to risk their lives and life savings to cross the Mediterranean, such an approach would show solidarity with the frontline countries, which will continue to host most of the refugees. Equally important, it would put pressure on the rest of the international community to contribute.

That brings us to the second priority for 2016: building a robust global system to protect refugees and other vulnerable migrants. This requires, first and foremost, agreement by more countries to accept refugees. In recent years, the UN Refugee Agency has been able to resettle fewer than 75,000 of more than 20 million refugees annually. Millions end up in protracted displacement, spending an estimated 25 years, on average, stuck in limbo, unsure when they might return home.

In 2016, developed countries should agree to accept a combined total approaching a million refugees annually, either through resettlement or by issuing humanitarian, student, labor, and other visas. With Canada alone saying that it will resettle 50,000 Syrian refugees this year, it is clear that this target is achievable.

At the same time, the international community must support the integration of refugees in major host countries like Turkey, Kenya, Lebanon, and Jordan. As it stands, such countries receive just a fraction of the $3,000-5,000 per refugee required annually to provide adequate housing, food, health care, schooling, and job training during the first few years of displacement. And that does not account for the costs of building or upgrading infrastructure. Lebanon’s water-supply system, for example, is faltering under the strain of the massive influx of refugees. In exchange for funding, host countries should agree to integrate refugees fully into their schools, labor markets, and civic institutions.

But integrating migrants effectively will be impossible unless European and other countries change how they perceive migrants. If migrants are viewed as a burden or, worse, a security threat, reactionary political forces will continue to gain ground, cutting off opportunities for newcomers and turning such fears into a self-fulfilling prophesy. If, however, host countries enthusiastically integrate migrants, everyone will benefit – including home countries (for example, through remittances).

Last month in Paris, the international community proved that it could subordinate national self-interest to a greater global goal: confronting climate change. In 2016, the same thing must happen to forge a better system for protecting migrants. It is a matter of life and death for 20 million refugees and millions of other vulnerable migrants – and a profound test of the civic health of democratic societies worldwide.

Peter Sutherland, Special Representative of the UN Secretary-General for International Migration and Development, is former Director General of the World Trade Organization, EU Commissioner for Competition, and Attorney General of Ireland.