Who stands for Europe: the council of member states or the parliament of the citizens? A little-noticed coming directive will once again test that issue—with workers’ rights at stake. 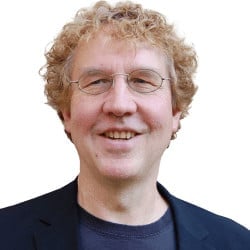 Critics of the European Union have long maintained that the social dimension has too often received the ‘short end of the stick‘ when conflicts between protecting workers and promoting market liberalisation have arisen in legislative initiatives. An extreme case has appeared in the so-called Company Law Package (CLP), which was proposed in April 2018 by the European Commission.

The CLP has now reached a crucial point in ‘trilogue’ discussions between the European Parliament (EP), the European Council and the commission. Although practically unnoticed by the public up to now, the way in which this conflict is resolved will have enormous implications for the ability of workers to protect their participation rights when companies reorganise across national borders, and to continue to be informed and consulted in the future entity. No less is at stake than the role worker participation will play in the future governance of European companies.

One reason why the CLP has received almost no attention in the popular media is that it is exceedingly technical. One of the two associated directives proposed would create a regulatory framework for three types of corporate, cross-border reorganisations: mergers, divisions and conversions.

The general principle in company law is that the legal regime applicable to a company is determined by the country in which it is registered—which is not necessarily the country in which it has its headquarters or its employees. Companies can thus essentially ‘migrate’ to countries with lower regulatory standards through cross-border reorganisation.

A key risk for workers is that they may lose existing participation rights through such a reorganisation, as the ‘new’ legal regime applying to their employing company may have weaker or no provisions for representing workers on the company’s board.  Even though EU law requires workers’ involvement in restructuring processes, these are not adequately provided for in the CLP—with the purported justification that this is company law, not employment law.

Acknowledging this risk, the commission included in the proposed package certain provisions to protect existing participation rights. These were criticised as too weak by the European trade union movement, however—particularly after the Polbud decision by the European Court of Justice in October 2017, which greatly restricts the ability of member states to regulate cross-border reorganisations.

Thanks to the efforts of key MEPs, the EP voted overwhelmingly to strengthen provisions for worker participation, along with improved rights to information and consultation. It also added improved measures for avoiding corporate abuse, such as the use of letter-box company constructions to avoid paying tax and complying with labour standards.

The word on the street is that the improvements supported by the EP are now in grave danger in the trilogue negotiations, which end on March 5th. Influential member states within the European Council would like to strike out these improvements or even roll back the worker-participation provisions originally included in the commission’s proposal.

The danger is that we shall see a repeat of the dynamic recently evident in the cases of the Insolvency Directive and the revised Shareholder Rights Directive, where progressive proposals by the EP were knocked out in the trilogue negotiations. In the interests of protecting workers’ rights and the exercise of ‘workers’ voice’, a key feature of corporate governance in a majority of EU countries, the council should support the improvements made to the CLP by the parliament.

An integrated single market requires flexible, joined-up policy-making which takes the interests of all stakeholders into account. Isn’t this what a Social Europe is supposed to be about?