The good news is that employment in the EU is at a record high. The bad news is that so much of it is insecure work—and a directive currently in train needs to be tough enough to fix that. 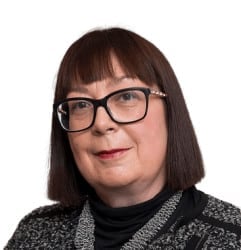 Europe has a growing crisis of insecure work. Just before Christmas, the European Commission triumphantly announced that employment in the EU had reached record levels in the latter part of 2018, with over 239 million people in work. Good news indeed, but much less prominence was given to recognition that the number of hours worked is still lower than in 2008, before the crisis began. So perhaps there is more employment, but spread more thinly—because too many people are in insecure jobs with too few hours to guarantee a decent living.

For European trade unions, one of the most important pledges to emerge from the European Pillar of Social Rights, launched in November 2017, was a commitment to reinforce workers’ legal security. This entails combatting precarious working conditions and exploitation by employers who fail to inform workers of their employment conditions or expect them to be always available—often at the shortest notice—even if there is no work for them and they earn nothing.

Consequently, in January 2018, the commission published proposals for a Transparent and Predictable Working Conditions Directive. It was weaker than the European Trade Union Confederation hoped but, nonetheless, includes very important protections for workers. For example, employers must supply written details of the employment relationship on the first day of work. This means that seasonal-agricultural, domestic, on-demand, platform and other precarious workers will get stronger legal rights. The draft goes further in proposing measures to ensure that online platforms are held accountable as employers.

It also takes important steps towards ending unfair terms in contracts, such as long probation periods, and stopping workers on flexible contracts having their hours cut back. And it requires member states to protect trade-union workplace representatives, helping workers to obtain their new rights, and recognises the important role of collective bargaining.

Yet the draft directive needed amendment to withstand the type of tactics unscrupulous employers will use to circumvent its provisions.

The ETUC called on the European Parliament to toughen up the proposals and, as a result of trade union pressure, MEPs adopted changes which meet many of our demands. This is a major step forward. But the member states, meeting in the European Council, have been less co-operative, and the draft law is now under negotiation by the commission, council and parliament through the ‘trilogue’ procedure.

Trade unions regard this as a make-or-break moment to achieve new Europe-wide legislation that can have a real impact on working conditions. So the ETUC is pulling out all the stops to prevent this vital new law being watered down by member state governments. Its representatives have been meeting with member states’ permanent representatives in Brussels to explain our priorities and have urged MEPs to defend their position in the trilogue.

The commission has indicated that the new legislation should enable up to 16 million people to start a new job knowing their rights and obligations. But, importantly for trade unions, it also covers workers already in employment.

The ETUC has watched the rise in precarious working conditions in Europe—platform working, zero-hours contracts, bogus self-employment and so on—with deep concern. Research in the UK found that young people on zero-hours contracts, for example, were far more likely to report mental and physical health problems than their counterparts in stable jobs. A study by the University of Limerick in Ireland warned that people on non-guaranteed hours could become ‘trapped in a cycle of poverty which strengthens employers’ control’, generating a fear of being penalised if they raised grievances about working conditions. In response, the Irish government has taken steps to prohibit the use of zero-hours contracts, unless the employer can show a genuine business need. Guaranteeing transparent and predictable working conditions would have wide-ranging benefits, in terms of workers’ health, work-life balance and employee retention.

Yet member states are attacking the draft by seeking to exempt specific groups of workers, including those on very low hours. Given that the whole aim of the legislation is to end the abuse of zero- and low-hours contracts—in particular when employers cut work at very short notice—the exclusion of this category would deprive the new law of most of its credibility. The commission originally set an exemption threshold (accepted by the parliament) of fewer than eight hours per month. Now the council wants to raise this to five hours per week.

But in reality any threshold will undermine the effectiveness of the legislation. Experience shows that, whatever the level set, exploitative employers will simply drop below it. An exemption would run the real risk of worsening vulnerable workers’ conditions, rather than improving them. There can be no justification for denying protection to the very workers who need it most.

The council also wants to exclude public-sector and other groups of workers—such as seafarers, emergency services (a catch-all category), managers, police and armed forces—and the self-employed from legal protection covering minimum rates, training, predictability and exclusivity clauses. But why should these workers be treated as second-class citizens? Why should a nurse be unprotected during probation or a seafarer punished for asking for more hours of work? Trade unions insist that all these exemptions, in both public and private sectors, must be removed.

Article 9 of the directive should provide greater certainty for workers and limit employers’ demands for flexibility. The ETUC wants to see the trilogue make improvements—encouraging member states to ban zero-hours contracts and guaranteeing that workers on irregular hours are still paid if their shift is cancelled at short notice. Employers should be obliged to justify the use of such practices and, after six months, a worker’s contract should be presumed to guarantee at least 75 per cent of the hours worked during that period.

Other improvements should also be upheld in the tripartite negotiations: employers should no longer be able to charge workers for necessary training, during which they should be paid, and unpaid trial periods must be ended. Employers should be legally required to consider workers’ requests for more hours or changes in working time, and to give a reasoned reply. And workers should not be dismissed or penalised for exercising these rights.

Trade unions need the right to include and enforce the directive’s provisions through collective agreements, at national or sectoral level, and to pursue complaints on behalf of members. Member states must also involve the social partners in implementing the law and impose sanctions on employers who fail to respect it.

According to the commission, banning exclusivity clauses—which allow employers to stop people taking other work even if they are on zero-hours contracts—could permit up to 364,000 on-demand workers to supplement their incomes, earning an extra €355-1,424 million and generating up to €167 million a year for businesses.

All these measures could, if fully implemented, significantly improve working conditions for millions of Europeans. With the trilogue now resumed until February, the ETUC is watching progress attentively and continues to lobby and fight to ensure that the Transparent and Predictable Working Conditions Directive lives up to its name.