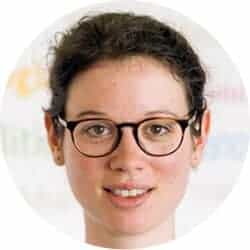 Donald Trump’s election as president of the United States raises many question marks, among them the prospect of a rise in trade barriers and unilateral economic policies. But a glimpse at recent World Trade Organization (WTO) talks reveals that, with or without Trump, the political will to revive multilateral trade negotiations remains limited. There is currently no appetite to fulfil the Doha round’s promises for developing countries without deliverables of interest to other members. Last year, the USA even called on participants to abandon the Doha talks, urging members to start negotiations on a completely new set of trade topics.

Among these new topics, e-commerce is catching the most attention. But even if digital trade is beneficial for all, multilateral rules will do little to level the playing field for developing countries that lag behind in high-tech capacities. Moving ahead on digital trade cannot replace the need to address the unresolved stand-off on agriculture. With negotiation of the EU-US trade deal TTIP and the Trans-Pacific Partnership in crisis, it would be a good moment to revive the multilateral system. But the current mixture of pragmatism and resignation that has taken hold in Geneva is unlikely to guide the WTO out of the long-standing Doha round deadlock. After all, multilateral institutions can only thrive if there are leaders willing to forgo narrow self-interests to promote solutions that are beneficial to all.

E-commerce at the WTO: hot topic, but unlikely to deliver (much) on development

The massive increase in cross-border online business activities lends new urgency to put the WTO’s dormant work programme on e-commerce into effect. At the same time, global rules for e-commerce are almost non-existent, except for a temporary moratorium on imposing customs duties on electronic transmissions. Multilateral rules could, for instance, include the restriction of data localisation requirements, the regulation of privacy measures or the reduction of technological barriers, all of which are meant to facilitate the global expansion of e-commerce.

If e-commerce talks begin, what do they offer developing countries? While digital trade is commonly portrayed as a win-win topic for developed and developing countries alike, its benefits are distributed unevenly – both across and within countries. E-commerce sales peak in China and the United States, and the companies of Alibaba and Amazon account for almost half of the global e-commerce market. Meanwhile, many developing countries struggle to improve low rates of internet access, which impede the participation of their enterprises in e-commerce. In Myanmar, Madagascar, Burundi or Guinea, the share of individuals using the internet is less than 5 per cent. Negotiating new trade rules on e-commerce at the WTO will do little to mitigate this digital divide.

Even if the WTO promises capacity support measures, they will not change the game in the short-run. This does not diminish the need to update the WTO rule book on e-commerce, or indicate that developing countries will be unable to benefit from any agreement at all. Yet, it is unlikely that delivering on e-commerce will be a suitable tool for delivering on the Doha round’s core promise: to offset the disappointing results of the Uruguay round and to provide compensation for developing countries. Some even claim that global rules will limit the policy space needed to promote technological catch-up.

Meanwhile, moving on to new issues inevitably diverts attention away from the core of the Doha mandate – the call to establish a fair agricultural trading system. This “diversion effect” could be seen at the WTO’s largest annual outreach event, the WTO’s Public Forum, held from 27 to 29 of September in Geneva. This year, 23 out of the forum’s 100 sessions focused on e-commerce and digital trade. By contrast, only seven panels dealt with agriculture. That only seven of the panels on e-commerce explicitly focused on implications for developing countries comes as no surprise if we consider that only four of them were organised by stakeholders from the Global South (out of which two were from China). If the Public Forum tells us anything about the WTO’s priorities for the next Ministerial Conference, it is that e-commerce clearly beats agriculture.

The WTO’s “bicycle theory” seems to be well alive: without forward movement, the bicycle will fall. Yet, it is above all smaller developing countries that stand to lose out if the WTO keeps pedalling in slow motion. For them, the inevitable shift towards bilateral, regional and plurilateral agreements such as the envisaged Trade in Services agreement means entering a world in which power asymmetries are even more pronounced. A recent study of the 12-country Trans-Pacific Partnership (TPP), which includes a far-reaching chapter on e-commerce, finds that its rules are skewed heavily in favour of the US – even if Trump now wants to withdraw from the trade deal. Maybe it’s time for the bicycle to fall over to create space for new discussions. The lack of political will to deliver on Doha’s promises for developing countries without deliverables of interest to other members, a tit-for-tat logic, tastes particularly sour at times when many developed country leaders lapse into claims to wish to “do more in Africa” out of fear of increased refugee flows. Aid pledges are unlikely to level the playing field. It is time to show more political will to turn the WTO from a second-best into a best possible solution.

Clara Weinhardt is a post-doctoral research fellow at the Bremen International Graduate School of Social Sciences, University of Bremen, and a Research Associate at the Global Public Policy Institute in Berlin. Her work focuses on global trade governance, with a particular focus on implications for developing countries. She holds a PhD from the University of Oxford in the area of EU-Africa trade negotiations.