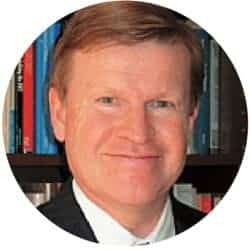 With populism seemingly going viral in the advanced economies, the political establishment is in retreat. Outsiders are achieving significant political victories by making dramatic promises to shake up or overthrow the system. The populists’ enemies are members of the “global elite,” who have betrayed national values; and yet their revolt against what US President-elect Donald Trump calls “globalism” also aspires to be a global phenomenon, and actually depends on its own brand of internationalism.

Contagion is a well-understood process in finance. A shock in one place produces tremors elsewhere, even when there are no direct financial links, because pattern-seeking market participants perceive fundamental forces at work.

Today’s populist revolt is exhibiting a similar dynamic. Trump promised in advance that his victory would be Brexit in spades; and, indeed, when he won, Dutch and French far-right political forces immediately saw his election as a portent of what is to come. So, too, did the “No” campaign in Italy’s upcoming constitutional referendum – upon which Italian Prime Minister Matteo Renzi has bet his political future.

An obvious historical parallel for today is the interwar period of the twentieth century, when Vladimir Lenin presented Soviet communism as a global brand, and founded the Communist International. Benito Mussolini’s Italian fascism – a response to Lenin’s movement – also adopted an internationalist stance: colored-shirt movements, imitating Mussolini’s Black Shirts, emerged in Europe, Latin America, and Asia, to elevate authoritarianism as an alternative model to liberalism.

While intensely nationalist movements such as Mussolini’s fascists and Adolf Hitler’s Nazis did compete with one another over who was more genuinely fascist, they ultimately united to oppose the liberal order. Similarly, today’s political revolt may be following an unstoppable logic, whereby every country must close itself off to trade, migration, and capital flows, or risk losing out in a zero-sum game.

This raises a fundamental question: can a firewall be built to prevent such political contagion?

Two measures are generally used to stop financial crises and stem financial contagion: international rescue packages and financial reforms. Similarly, we can envisage a political counterpart to such interventions, perhaps with reforms to global governance institutions and existing democratic frameworks. After all, many problems that now affect individual countries are, in fact, transnational, and cannot be addressed by one country alone. The most obvious example is climate change, which produces droughts and repeated crop failures, and thus mass-migration flows.

But today’s populists have made a point of refusing to think collectively, or engage internationally. Anything that looks like a transnational issue is immediately deemed irrelevant to national concerns, and any coordinated international action is ridiculed and held up as a failure.

Perhaps today’s contagious populism will create the conditions for its own destruction. The substantial uncertainty that it implies could deter investment and choke off growth in already-fragile economies. But autocratic, populist thinking can also thrive off that fear, which is why self-styled “illiberal democrats” promise certainty and continuity, and often make a pact with some part of the business class to guarantee it.

At the moment, the United Kingdom provides a striking example of post-populist economics at work. The outcome of June’s Brexit referendum did not cause the economic catastrophe that much of the “Remain” camp had predicted it would. But Brexit’s aftermath has nevertheless been marked by considerable uncertainty and fundamentally incompatible proposals for the country’s future, which has provoked political infighting in Parliament and within UK Prime Minister Theresa May’s government.

With its attendant economic angst and political tension, Brexit is hardly an attractive model for other European countries to emulate. And, indeed, opinion polls have shown increased support for the European Union in most, but not all, member countries since the referendum was held.

Trump’s upcoming presidency will likely create similar problems, and the president-elect’s promise to remain “unpredictable” could tarnish the populist model further, especially if fears of a trade war, or a dramatic spike in the dollar, owing to looser fiscal policy and tighter monetary policy, cause additional economic uncertainty.

But the US may be uniquely resilient: because it has historically been the global safe haven in times of economic uncertainty, it may be less affected than other countries by political unpredictability. After the 2008 financial crisis – a crisis that unambiguously originated in the US – the safe-haven effect caused the dollar to strengthen as capital inflows rose. This has also been the case in the weeks since Trump’s victory.

Thus, the economics of US populism will not necessarily fail, at least not immediately, and this could increase its appeal in the eyes of autocratic and nationalist leaders who come to see Trump as a colleague and role model. Japanese Prime Minister Shinzo Abe has wasted no time in signing on to Trump’s agenda.

A big country like the US can generally impose the costs of its unpredictability on other countries, and especially on emerging markets. But smaller countries, such as the UK, tend to face more immediate costs, in addition to being more vulnerable to big countries’ populist policies.

As countries reflect on these lessons, they could begin to form defensive regional blocs to protect themselves from the populist contagion. For example, China could start to speak for all of Asia; and the EU might finally find ways to unite against those who would tear it apart. At worst, this new regionalism could fuel geopolitical animosities and reprise the tensions of the 1930s; at best, regional integration could set the stage for sorely needed governance reforms, and thus clear a way out of the populist trap.