Giving people more freedom from work has many benefits. First, it can allow them to live a more sustainable life, which is necesssary to address the climate emergency. Living more sustainably sometimes takes more time. For example, going from a 40- to a 32-hour work week gives people more time to grow and cook their own food, repair broken goods, instead of buying new ones, and walk, cycle or use public transport, instead of driving a private car.

Secondly, as outlined in the recent European Environmental Bureau policy brief ‘Reimagining work for a just transition’, working-time reductions are an important ingredient of a just transition, as they help reduce the dependence of work on economic growth. Exponential growth is compatible neither with an economy that falls within planetary boundaries nor with one that is socially just. Working-time reductions can redistribute work more evenly in a post-growth society: in a steady-state or non-growing economy, fewer outputs are generated, which means fewer working hours are needed.

Last but not least, more time off work improves workers’ wellbeing. With extra time, workers can pursue meaningful activities for leisure and recreation. It also frees up time to redistribute unpaid care work, improve community services and increase political participation, all of which can have positive impacts on democracy and social wellbeing.

Working-time reductions must comprise collectively agreed decreases in time spent by a worker in employment. Aside from shorter working weeks, this can include more paid holidays or early retirement. Whether implementation is national, sectoral or at the company level, it is crucial that there is an underpinning collective agreement, with no cut in pay and with compensatory staff recruitment.

An inspiring pilot project called the 4 Day Week Campaign has brought together 70 companies (representing 3,300 workers) in the United Kingdom to trial a four-day, 32-hour working week with no loss of pay. The initial results have been very positive for productivity, wellbeing and tackling the cost-of-living crisis.

Women continue to do most care work around the world. In the European Union, more than three-quarters of all unpaid domestic and care work is done by women and the pandemic has only exacerbated these inequalities. Studies based on data from Germany, France, the UK, the United States and Italy show that women contribute on average 15 hours more per week to unpaid care than men.

Gender inequalities in unpaid work (not to mention pay) are influenced by work arrangements. Further studies show that women who work part-time do one hour more unpaid care work per day than women who work full-time—part-time working men however do not. Many women in turn choose to work part-time to juggle their job and care responsibilities: 29 per cent of women in the EU who do so, compared with just 6 per cent of men, name care responsibilities as the main reason.

Environmental, labour, economic and other policies are often not gender-neutral. If gender (or other relevant social category) is not considered, they unwittingly reproduce or even risk exacerbating inequalities. For example, the Common Agricultural Policy, which consumes a third of the EU budget, is not only environmentally damaging but also overlooks gender dynamics. While research shows that female farmers tend to adopt more sustainable farming practices, the funding scheme does not address their needs or tap their potential.

Let us apply the gender lens to working-time reductions. One of the most elaborated policy proposals, gaining traction worldwide, is Friday off—a four-day working week. A positive side-effect would be its environmental impact: one day less commuting has been shown to cut down on greenhouse-gas emissions. Yet this might not be so positive in terms of achieving a more equitable share of (unpaid) care work.

The care responsibilities of men often take the form of sporadic, discrete tasks—such as gardening or repairing things—which can be flexibly scheduled. But women tyically deal with activities—such as taking care of family members and friends—on a daily basis. So reducing the working week by a day might not reduce the burden for women.

That is why many feminist scholars advocate instead shortening the working day itself. Working fewer hours per day would allow women to arrange care work more flexibly while simultaneously freeing up time for men to take on more of the daily care activities, such as taking kids to school.

That is not to say that a four-day working week is off the table. As with many ambitious and visionary policy proposals, working-time reduction should be considered as part of a package. And as long as it is designed with environmental and social and gender justice in mind, the potential is enormous because of its flexible nature. It is though, equally, no silver bullet and its form should fit the conditions of particular localities and regions and specific sectors. 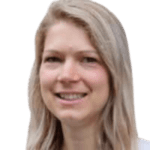