Documents from the International Gas Union have revealed the strategy of disinformation pursued by the powerful lobby.

Rarely does the public get the chance to see the fossil-fuel industry’s lobbying strategy laid out so clearly and in such detail. Such corporate information is normally kept under lock and key—while citizens are left wrestling with the consequences of repeatedly diluted climate policies and continued reliance on fossil fuels.

That’s what makes strategy documents which were posted on the International Gas Union’s (IGU) website so unique. Previously unseen, they detail the advocacy, communications and outreach strategies of a group which boasts more than 150 members and claims to represent over 90 per cent of the global gas industry. Unsurprisingly, they have now been removed.

As part of InfluenceMap’s work in tracking climate-policy lobbying by the fossil-fuels sector, we have analysed dozens of these documents, covering several years to late 2021. They provide an insight into the highly organised and co-ordinated nature of the global gas industry. They also supply the industry’s global disinformation playbook—in its own words.

This year, the world has witnessed catastrophic weather events devastate Pakistan and Nigeria, while Europe experienced the hottest summer on record (again). These episodes were further proof of the ‘code red’ signal to humanity from accelerating climate change.

In developing its 2021 position statement, the IGU itself discussed the ‘potentially existential’ threat of climate change—but with a crucial difference. For the organisation, the threat of climate change was not to humanity but to the ‘global natural gas value chain’. This ‘understanding’ of the problem also characterised its response: rather than look at how fossil gas contributed to climate change, the IGU argued that it must instead find a ‘positive message to defend and enhance the role of gas’.

So how best to wrestle back the reputation of gas, from the ‘fossil phobic’ attitudes identified by the IGU? Given that gas contributes to climate change through the greenhouse-gas emissions generated when burnt or leaked while transported, the association posited that fossil gas had to be redefined and made ‘distinct from other fossil fuels’.

To ‘green’ gas, the IGU set out to develop a new category of gases, where fossil gas would be housed alongside renewable, low-carbon and decarbonised gases. A definition of ‘renewable gases’ appears in the appendix to one of the documents, suggesting that it includes biogas, biomethane, grey hydrogen (produced from fossil gas), blue hydrogen (produced from fossil gas with carbon capture and storage) and green hydrogen.

Putting aside the IGU’s misuse of the word ‘renewable’, this nebulous grouping of gases appears to be intentionally vague and a lobbying tool to promote variations of fossil gas more than anything else. As the IGU states, this new, wide definition of gas provides a ‘broader platform to engage’ and—critically—‘deepens [the] rationale for infrastructure investment for government and development banks’. The Intergovernmental Panel on Climate Change and International Energy Agency have specifically warned against any such new investment, if climate goals are to be met.

The IGU writes that this effort to ‘green’ gas began in 2020. And there is certainly lobbying evidence from itself and its members to prove it, including on one of the European Union’s most debated policies—the sustainable-finance taxonomy.

The taxonomy was intended to provide the financial community with a list of environmentally sustainable activities, consistent with the bloc’s goal of achieving net-zero emissions by 2050. The European Commission’s technical expert group advised an upper threshold for energy generation of 100 grams of CO2 equivalent per kilowatt hour, which effectively excluded unabated fossil gas from the ‘sustainable’ list. What followed was a sustained attack from the gas industry and the first real test case for the lobby group’s ‘green’ gas strategy.

For instance, in October 2020, 57 gas-industry groups and companies, including the IGU, Shell, BP and TotalEnergies, sent a letter to the commission arguing for the inclusion of fossil gas in the taxonomy. In what now sounds familiar language, it said fossil gas could help meet climate-neutrality goals with the ‘scaling up of all decarbonisation options … including natural, renewable, and decarbonised gases’.

Rather than listen to its own expert group, the commission sided with the gas industry. It has since been sued by a group of pro-climate nongovernmental organisations (and Austria), on grounds of breaking its own obligations under the Paris Agreement and contravening the European Climate Law mandating at least 55 per cent reduction in net emissions by 2030 and ‘net zero’ by 2050.

John Cook, an academic specialising in climate misinformation, has found that explaining misinformation or the tactics used can be a powerful tool for inoculation against it. Perhaps a different path might have been taken by the commission if the IGU strategy documents had been available to it at the time.

Instead, the commission’s response set a precedent for other EU climate policies facing the same gas-industry attacks: the Energy Performance of Buildings Directive, the Energy Efficiency Directive and the Methane Regulations for the Energy Sector. All have recently been weakened during the policy process.

But it’s not only in the EU that the gas industry is having success with this ‘green’ gas strategy. COP27 in Sharm El Sheikh was attended by 636 fossil-fuel lobbyists, raising serious questions about the credibility of COP as a forum to discuss climate action. This year, ‘low-emissions’ energy sources were included in the final declaration at the last minute, with many observers noting the similarity to the language used by the gas industry. As a result, many participants have expressed low hopes for next year’s petro-state-hosted COP in Dubai.

Alongside COP, the IGU listed the World Bank, several development banks, the G20, the United Nations Economic Commission for Europe, the UN Environment Programme and policy-makers in the United States and China as targets for its advocacy. It has developed messaging strategies for ‘sustainable development’ gas using the UN’s Sustainable Development Goals to promote gas as a solution for energy poverty and air pollution.

The IPCC has identified ‘incumbent’ fossil-fuel interests ‘exerting political influence’ over policy-making as a key reason for the lack of progress on climate policies globally. What makes these documents noteworthy is the new insight into the scale and co-ordination of this effort to ‘gaslight’ decision-makers into backing gas, and the nuanced disinformation strategies deployed to do so.

Given the policy wins already achieved by the industry globally, it would appear the IGU’s strategy is working. But maybe these documents will help policy-makers see behind the ‘green’-tinged smokescreen of its lobbying tactics—and get on with the task of taking climate action. 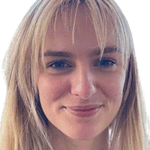 Faye Holder is programme manager for oil and gas, digital media and advertising at InfluenceMap, a think tank which provides data and analysis on how business and finance are affecting the climate crisis. She has a masters in environment, politics and globalisation from King's College London.