It’s time to share evenly the benefits of automation. That’s why trade unions are calling for a four-day week. 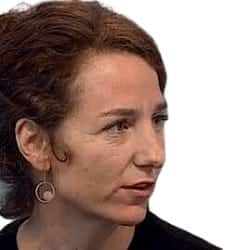 When in September 2018, Frances O’Grady, general secretary of the British Trades Union Congress (TUC), called for a four-day week as a 21st century trade union ambition, we didn’t know how quickly the idea would take off.

But it seems that this is an idea whose time may have come. Just a few weeks ago, the UK shadow chancellor, John McDonnell, announced that the Labour Party had commissioned an enquiry into shorter working time. And we’ve seen a wave of interest from employers too—including those who have already moved to a shorter working week, and those, such as the Wellcome Trust, which are considering it.

So why are trade unions arguing for this—and why is it getting traction? On the one hand, it has to do with the increasing potential of technology and the concerns that accompany it. Until now, the numbers in newspaper headlines have been about potential job losses, with one finding by Osborne and Frey, which said 47 per cent of US jobs could be at risk from automation, taking centre stage. But people have started to realise that this conversation is about the potential for higher productivity. And if productivity does go up—the UK is currently experiencing a profound productivity slump—there are choices about how the benefits of that productivity are shared.

Traditionally, higher productivity has benefited workers through reductions in working time, among other things. When the TUC was founded in 1868, average working hours were 62 per week. Now (including those who work part-time), average weekly hours have almost halved, to around 32.

That change didn’t happen by accident, but was the result of union campaigning. Robert Owen, the socialist pioneer who had popularised the demand for an eight-hour day at the beginning of the 19th century, coined the slogan: Eight hours’ labour, Eight hours’ recreation, Eight hours’ rest.

Following trade-union agitation, the Factory Acts of 1874 were the first kind of legislation to put clear limits on the working day—though back then, at ten hours, they fell short of union demands. The May Day demonstration of 1890, which drew hundreds of thousands of people to Hyde Park in London, was centred around the demand for an eight-hour day—following a call from the international trade-union movement for ‘a great international demonstration’ so that in all countries and all cities, on the appointed day, ‘the toiling masses shall demand of the State authorities the legal reduction of the working day to eight hours’.

And in 1919, when the International Labour Organisation (ILO) met for the first time in the wake of World War I, its initial convention was on working time. The preamble explicitly adopted ‘the principle of the 8 hours day or of the 48 hours week’ (though there was a long list of carve-outs—including the entirety of India).

So trade unions have an eye on history when they see predictions about the potential for extra wealth to be generated from robotics and artificial intelligence. The consultancy firm PWC has estimated that UK gross domestic product will be up to 10 per cent higher in 2030 as a result of artificial intelligence, equivalent to a boost to GDP of more than £20 billion, or extra spending power of up to £2,300 a year per household. One way that wealth could potentially be shared more equitably with workers is through a reduction in working time—as we saw in the last century.

Yet the debate about working time isn’t only a response to automation, but a recognition that the blurred boundaries between working and non-working time are increasingly causing problems for workers. In the UK, this has been politicised through the use of zero-hours contracts—now affecting over 800,000 people. While these contracts offer no fixed hours of work, they leave employees constantly at the beck and call of their employer: over half of workers have had a shift cancelled at less than a day’s notice.

This ‘always on call’ attitude is increasingly extending to other workers too. Research by the Chartered Institute of Personnel and Development in 2017 found that almost a third of workers believed that having remote access to the workplace means they can’t switch off in their personal time. That’s not to mention the large quantity of unpaid overtime that workers are already putting in; the TUC estimates that people in the UK put in unpaid overtime worth £23 billion last year alone.

We see the call for a shorter working week as part of an increasing debate about what the ILO has called ‘time sovereignty’. Its report on the Future of Work, published by a working group in January this year, argued for ‘continued efforts to implement maximum limits on working time alongside measures to improve productivity, as well as minimum hour guarantees to create real choices for flexibility and control over work schedules’.

Working time is also on the trade unions’ agenda because they’re showing that change can be delivered now. We’ve seen IG Metall, the dominant metalworkers’ union in Germany, winning the right to switch to a 28-hour work week for workers in the German metal industry. In France, unions have been critical in winning a ‘right to disconnect’ for workers—with a new obligation on companies with more than 50 employees to negotiate the use of digital technologies to ensure respect for workers’ rest, holiday periods and personal lives. In Ireland, unions have helped deliver a ban on zero-hours contracts. And in the UK we’ve seen multiple victories by individual unions, such as the agreement the Communication Workers Union (CWU) negotiated with Royal Mail for a reduction in the working week, from 39 to 35 hours by 2022.

The standardisation of a five-day working week wasn’t an accident, but the result of sustained campaigning by unions representing working people’s demands for a decent work-life balance. In the 21st century, it’s time to take the next step.

This article first appeared in International Politics and Society.

Kate Bell is head of the rights, international, social and economics division of the British Trades Union Congress.