Earlier this month, the European Commission published its long-awaited proposal for a directive to strengthen application of the principle of equal pay between men and women for equal work or for work of equal value.

The proposal contains various measures to ensure greater transparency in pay. It would also enhance enforcement of the existing framework, through equal-pay claims by workers and by state bodies. It is undoubtedly a much-needed step in the right direction—but it does not go far enough.

The commission’s attempt to address employer concerns about the introduction of this legislation during the Covid-19 crisis has led to significant omissions and limitations. In particular, important obligations to report and address pay gaps would be confined to employers with 250 workers or more. It also does nothing to promote collective bargaining on equal pay. Many workers—including some of the most precarious—would thus not benefit from the proposed changes.

The proposal responds to identified barriers to the realisation of the EU legal framework on equal pay, set out in the gender-equality directive (2006/54/EU). This prohibits discrimination based on sex with respect to pay, for the same work or for work of equal value, and requires that job-classification systems be gender-neutral. The main barriers to implementation are lack of clarity over ‘work of equal value’, lack of transparency in pay structures and procedural obstacles.

The proposal contains measures which, if adopted, will make it easier for workers to bring an equal-pay claim against their employer. It offers some more clarity on ‘work of equal value’, for instance.

It provides also for hypothetical comparison, which will assist workers—generally women—in highly gender-segregated workplaces to bring an equal-pay claim. Workers will be able to request information on pay levels, broken down by sex, which will enable them to identify and prove a breach of the law.

The proposal contains robust measures to address procedural barriers, such as ensuring that workers can obtain sufficient compensation and adducing additional circumstances in which the burden of proof shifts to the employer. Importantly, it provides that equality bodies and workers’ representatives must be able to bring claims on behalf of a worker or group of workers.

There are also provisions regarding equality bodies—which must be adequately resourced—and the designation of a new monitoring body to raise awareness of the principle of equal pay, collect data and tackle the gender-pay gap. It strengthens provisions on penalties, such as fines, to be applied by state authorities for breaches of the legislation.

This is important, since enforcement through worker claims is not sufficient to address systemic problems, such as pay discrimination and gender bias in pay structures. Even a successful claim applies only to that employer and may not affect that employer’s entire workforce, which results in fragmented patterns of enforcement.

Furthermore, workers might not be able and willing to bring a claim against their employer for a range of other reasons. They may not be aware of their rights, fear retaliation by employers or feel uncomfortable about state institutions and formal proceedings—especially vulnerable and precarious workers.

A positive development in this regard is the requirement that employers report on pay gaps between men and women in their organisation as a whole—with this to be made public—and on gaps by category of workers. Where a gap of more than 5 per cent is identified, employers must conduct a joint pay assessment with workers’ representatives. Among other things, this assessment must identify measures to address pay differences.

These measures would make it easier for others to identify differences based on gender, but also prompt employers themselves to assess their pay schemes and to eliminate discrimination and gender bias in a structural manner. Such issues must be addressed in respect of the whole organisation, without putting the onus on workers to take action.

Unfortunately, these obligations exclude all small and medium-sized enterprises, which account for about two-thirds of employment in the EU. This limitation is clearly related to the concern expressed in the proposal that new measures may impose additional burdens on businesses.

Yet the commission estimates the cost of reporting to be between €379 and €890 per employer, depending on size, and between €1,180 and €2,266 EUR for assessments. These amounts are significantly lower for subsequent years. They do not justify such broad exemptions, which will significantly limit the impact of the proposed rules.

It is a serious weakness in the proposal that it does not contain specific provisions to promote collective bargaining on equal pay. It says the provisions of the directive are to be discussed with the social partners but it is unclear what that means. This contrasts with the commission recommendation on pay transparency from 2014, which provided that equal pay should be discussed at the appropriate level of collective bargaining.

Collective agreements have been shown to be beneficial in reducing pay inequalities, such as through securing increases for low-paid, female-dominated positions and gender-neutral job-classification and promotion criteria. They can tackle pay inequalities in a systemic, structural way and their impact can extend to the enterprise, sectoral or even national level.

Collective bargaining on equal pay, therefore, has the potential to benefit a much wider circle of workers than an equal-pay claim, including those unable or unwilling to bring one.

There are also other gaps in the proposal. For example, there is only very limited exemption from pay-secrecy clauses and employers will often be able to prevent workers from sharing information requested on pay. And reporting obligations relate to pay gaps but not to average pay for men and women.

On the whole, there is more emphasis on strengthening enforcement than on ensuring the transparency in pay, across all organisations, necessary to identify and eliminate discrimination and gender-biased pay structures. The commission has, presumably, adopted this strategy anticipating resistance to adoption of the legislation, particularly by employers.

But this is an opportunity to put in place a framework which can tackle these issues comprehensively and systematically, benefiting all workers. The gaps must therefore be addressed in the process that is to follow. The proposal may be a step forward but workers, and women, deserve more—to be paid fairly for the work they do, regardless of their sex. 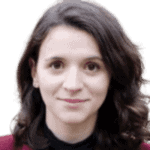 Kalina Arabadjieva is a researcher at the European Trade Union Institute, with a PhD in labour law. She is working on gender equality and the just transition.