Last week the European Parliament endorsed a report by the author on enhancing civic participation in the deliberations of the union.

Many citizens throughout the 27 member states are not satisfied with the way democracy works in the European Union. They feel insecure about their place as, ostensibly, ultimate arbiters of EU policies, they distrust the institutions and they do not know how multi-level governance functions—or they just feel unheard. Despite a higher turnout in 2019, especially among young people, participation in European Parliament elections remains generally low.

Therefore, it is crucial to engage citizens in debates on EU policies and involve them actively in decision-making. Only in this way shall we be able to increase their sense of ownership of an EU that reflects their needs and visions, truly develop a European public sphere and reinforce the democratic legitimacy of the union.

We thus urgently need more opportunities for discussions and deliberations among citizens, as well as among citizens, politicians, stakeholders and experts—all the while allowing for a plurality of opinions and perspectives, which of course can only be guaranteed through a balanced and diverse participation of citizens.

The Conference on the Future of Europe is a unique opportunity to involve citizens closely in a bottom-up exercise. It will provide valuable experience of engaging citizens on a large scale, from which lessons will have to be drawn.

Beyond this comprehensive and open working process, however, it is essential to create participatory instruments which offer individuals a chance to express their ideas and concerns and contribute to shaping the union over time. We need permanent participatory mechanisms which become regular and frequent exercises and an integral part of EU decision-making.

Currently, the European Citizens’ Initiative (ECI), complaints to the European ombudsman and petitions to the parliament are the only bottom-up instruments with which citizens can challenge policies or the EU institutions.

The ECI is an important tool of participatory democracy but independent assessments conclude that its legal and political impact has been minimal. While 76 ECIs have been registered since 2012, only six have reached the threshold of one million signatures to be examined by the European Commission. The lack of an obligation to follow up on successful ECIs also limits their effectiveness.

The ombudsman, whose role is to improve the protection of citizens in connection with cases of maladministration at EU level, helps improve transparency and democratic accountability in the decision-making and administration of the EU. Yet her mandate is not about enhancing citizens’ participation in EU decision-making,her recommendations are not legally binding and her office is often unknown at local and national level.

Petitions to the parliament are an increasingly popular mechanism for challenging the application of EU law. The impact on policy-making is however rather limited, since the aim is again not to enhance citizens’ participation in legislative processes.

In line with article 11(2) of the Treaty on European Union, the commission conducts citizens’ dialogues, which bring citizens together with representatives from EU institutions and bodies, as well as national, regional and local politicians. Though any person can participate, these events tend to attract citizens already interested in EU politics. Since the meetings mainly consist of questions and answers, they do not lead to a real exchange of views. Moreover, the input received from citizens is not fed into EU decision-making. The dialogues therefore serve to inform citizens rather than engage them in a proper debate with an impact on the political agenda.

Article 11(3) TEU obliges the commission to carry out broad consultations with parties concerned to ensure the union’s actions are coherent and transparent. Hence, the commission holds online consultations so citizens can respond to EU policies and laws, and this is supposed to be taken into consideration in decision-making. Although participation is again open to any individual citizen, the commission however selects the topic and usually identifies accordingly a target group, so participants mostly represent organised interests.

In reality then, existing participatory instruments do not persuasively provide enough results-orientated means for citizens to influence EU decision-making. How can this be changed?

Citizens’ dialogues could be regularly held and could serve various purposes—such as determining annual political or legislative priorities, developing concrete proposals in relation to specific questions, continually discussing institutional matters (such as the Spitzenkandidat system and transnational lists) or deciding on the allocation of certain public resources.

Each such exercise would need a bespoke design, adapted to the purpose of citizens’ participation. Choice of design is particularly important because of the complexity of EU affairs and general lack of knowledge about the institutions’ functioning and decision-making. This calls in turn for decisive steps to enhance the European dimension of citizenship education, to enable citizens’ participation.

Civil-society organisations (CSOs) meanwhile have a major role to play in participatory instruments, since they are ableto reach out to all kinds of citizens, including those from marginalised groups. Existing EU networks and agencies can also raise awareness about and facilitate participation in such exercises—notably through a Civil Society Convention, composed of European platforms of associations that include national platforms and networks.

To advance this agenda concretely, my report on behalf of the parliament’s Committee on Constitutional Affairs proposes innovative instruments to extend citizens’ participation. These include: 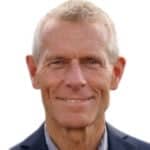 Helmut Scholz is a member of the European Parliament and co-ordinator of the Left group in its Committee on Constitutional Affairs. He is rapporteur of the initiative report on citizens’ dialogues and citizens’ participation in EU decision-making and an observer on the executive board of the Conference on the Future of Europe.