It’s a lot easier to ignore the plight of the refugees at Europe’s borders if one doesn’t hear their stories.

This month I am working with Project Armonia, a non-governmental organisation providing food to displaced people on the island of Samos, to release a report focused on stories we collected here.

The report brings together the experiences of asylum-seekers, local residents and NGO staff and volunteers—to return the spotlight to the situation on this Greek island, out of sight and mind. Here a new Multi-purpose Reception and Identification Centre is soon to open, with the displaced people in the existing Reception and Identification Centre in the main town of Vathi moved to this structure—a two-hour walk away.

In 2019 and 2020, the number of people ‘housed’ in the RIC—built to shelter 648 residents—rose to many times its capacity, with conditions steadily deteriorating. We witnessed increased waiting times for food (up to five hours), water shortages, and mental and physical health problems.

The number of people ‘sheltered’ on the island has eased somewhat, according to the United Nations refugee agency, UNHCR. There has been a 72 per cent fall in the number of displaced people in the RIC, from 7,600 in January 2020 to ‘only’ 2,100 at the end of May 2021, with a continued reduction as spring has progressed into summer.

Yet these numbers do not tell the human story. Our report focuses on individual stories so readers can understand more deeply the changing situation on the island and the struggles people here face—stuck waiting, for many years, for a decision on their asylum claim.

These stories show that several things need to change at the borders of Europe.

First, asylum-seekers needs access to healthy, nutritious food which reminds them of home. It should not be left to NGOs to fill this gap; rather, the more effective and culturally aware approaches of Project Armonia and other grassroots organisations should be taken up as good practice in shelters funded by the European Union.

Communication must also be improved—between the UNHCR and camp residents, camp management and the NGOs, the RIC and the local community. Open communication is vital to reduce fear and tension and to support people in the asylum process. It allows connections to be made and solutions found—as long as it is not simply one-way.

Listening to people and treating them with dignity and respect cannot be overvalued when it comes to planning asylum support, whether at the local, national or EU levels. Take the story of one person on Samos whose friend lost their life after they had sought medical help but were not transferred to the hospital. Stories such as this—of being ignored and not having concerns addressed—are heard time and again.

A broader focus is also needed on bringing people together rather than dividing them. This includes within structures for shelter—Project Armonia demonstrates the value and strength of community-building, whereas the RIC, divided along community lines, exacerbates tensions—but also when we talk about their location. The new Multi-purpose Reception and Identification Centre, which will separate displaced people from support, is not an acceptable housing solution.

Containing displaced people indefinitely in camps is not the answer in any case. Individuals making asylum claims need the prospect of a future—one with access to education, healthcare and community support.

People who secure refugee status need moreover to be fully assisted (including via educational scholarships and training opportunities) in working towards the next steps of their life—in being able to feel ‘useful’ again, to meet their potential after many years in limbo. The opportunity for personal development needs to be guaranteed once the asylum process is over.

Whether one is talking to displaced people, the local community or NGO workers, the message is often the same: ‘I am very tired’—tired of the situation, tired of the waiting, tired of the lack of information and transparency.

The stories shared in our report are from just one island ‘hotspot’. They are repeated over and over again on other islands and on the mainland of the border countries of the EU. The solution is not simply to increase EU funding for southern border states such as Greece. Rather it is to think more deeply about the opportunities made available to refugees.

Each person can tell you how long they have been awaiting an asylum decision—‘two years, two months’—and what they have lost in the process. What is needed now is a true sense of solidarity, not a reluctant and patronising notion of ‘burden sharing’ between member states. The focus should shift away from state-to-state ‘solidarity’ and on to the human beings most affected by the decisions made in Brussels, who have a right to be supported in moving on to the next stages of their troubled lives. 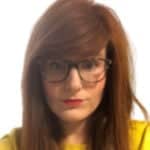 Dr Gemma Bird is a senior lecturer in politics and international relations at the University of Liverpool, currently focused on the situation facing displaced people in Greece.