Angela Merkel was labelled the ‘climate chancellor’. But powerful coal and car industries limited her achievements. Will her successor break free?

On Sunday the world watched Germans heading to the polls to decide who will replace Angela Merkel as the next chancellor. A pragmatic politician, she had been able to mobilise voters who wouldn’t otherwise support her conservative Christian Democratic Union.

But the CDU lost the chancellor’s voter base. Its candidate as her successor, Amin Laschet, started to trail in the polls after being caught laughing during an event commemorating victims of the fatal floods which swept through western Germany in July.

This ultimately opened up a space for Olaf Scholz, finance minister and vice-chancellor in the prior grand coalition, which included his social-democratic SPD. Scholz won all three televised debates, not to mention quickly promising emergency aid to rebuild areas devastated by the flooding. Already a key parliamentary figure, for Germans Scholz represented stability and continuity.

Even though the SPD’s narrow victory over the CDU (and its Bavarian CSU partner) was clear by Sunday night, the make-up of the next federal government will not be known until one or other of them is able to form a definite majority in the Bundestag with the liberal FDP and the Greens. It may take several days or weeks to know for certain whether Scholz or Laschet will follow in Merkel’s footsteps.

But what does the SPD’s win mean for Germany’s role on climate change? This became a part of Germany’s national ‘brand’ under Merkel, labelled the ‘climate chancellor’.

During her 16 years in office, Merkel had placed environmental issues at the core of German politics—pressing all parties to review their green credentials. Yet she left many wondering whether she had lived up to her nickname.

Merkel was more successful in pushing the climate agenda abroad than at home. Within Germany’s borders, the scientist-turned-politician faced conflicting demands from powerful car and coal industries.

Her science-based approach to politics has been credited as a source of her success, from hosting the first ever COP climate summit (as environment minister) in 1995 to guiding Germany through the pandemic. But the country’s reliance on fossil fuels remained her blindspot—critics accused Merkel of focusing more on their benefits than their environmental impact.

Greenpeace called Germany’s automotive sector an Achilles heel for the CDU, which has close ties to the country’s leading export industry. Earlier this month Merkel opened the International Motor Show in Munich, stating that the car industry was a ‘central part of the solution’ to climate change. Only a year earlier, she had announced how she hoped to see one million electric car (EV) charging points by 2030, in an attempt to cut carbon emissions by half.

Germans have not been thrilled about this transition: a recent survey in 22 countries found Germans the most sceptical about the viability of EVs, with 58 per cent of respondents saying their next car would ‘probably not’ be electric. When it comes to take-up, Germany falls behind Norway, Sweden and the Netherlands.

But does Germany’s love affair with cars need to be a choice between fossil-fuel addiction and switching to EVs? Not necessarily. The clean image of EVs has been questioned due to the pollution caused by battery manufacturing. EVs are not the cure-all—although when combined with greater deployment of renewables, such as biofuels, they offer a route to reducing carbon emissions.

As a renewable alternative to fossil fuels, biofuels could provide a solution for Germany’s transport sector, the only industry that has not achieved any greenhouse-gas reductions since 1990. Unfortunately, progress has been unwittingly hindered by the European Union.

In 2018, the EU implemented a de facto ban on palm oil for biodiesel, although it offers the highest yield per acre of any oilseed crop—up to nine times more than others, including rapeseed, sunflower and soybean. In fact, oil palm produces 35 per cent of all vegetable oil on less than 10 per cent of the land allocated to oil crops.

This may have been a protectionist move to promote the domestic biofuels industry, notably European rapeseed which dominates the biofuels market. While the palm-oil sector has been associated with deforestation, if produced sustainably it could triumph over other vegetable-oil alternatives. Last month, it was announced that the leading palm-oil producers were making the transition to net-zero emissions, a move to enhance sustainability in the sector.

Malaysia serves as an example of where these investments have yielded results: with its nationally mandated Malaysian Sustainable Palm Oil (MSPO) certification, the southeast-Asian country has managed to certify around 90 per cent of its palm oil as sustainable. Consequently, over the past four years, Malaysia has witnessed decreased deforestation rates, attributable to tougher law enforcement under the MSPO scheme.

Not an easy road

It’s clear that the green transition in German transport won’t be easy. Cars have been a key question dividing the electorate and hampering the success of the Greens, which were leading the polls in April. Around every 50th German is employed by the automotive sector and experts fear the switch to EVs will create a wave of unemployment.

After the flooding, climate change moved to the core of the country’s national debate, continuing to be the top concern for Germans. But there is a gap between green ideas and how ordinary Germans think.

Understanding this may explain why the Greens’ chancellor candidate, Annalena Baerbock, failed to capitalise fully on the climate crisis, alienating some voters with her ambitious climate agenda. This though the evidence showed that climate change and greenhouse-gas emissions had increased the likelihood of natural disasters in western Europe.

While the Greens may not have won the election, they are likely to have a key role in the next government, especially since the party and the SPD both expressed interest in joining forces. Whatever power-sharing deal finally emerges among coalition parties will influence Germany’s potential for future climate leadership. 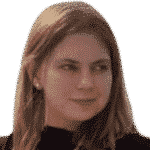