A close look at how the austerity practised in the UK since 2010 has affected women’s health shows a gender lens must always be applied to see the full picture. 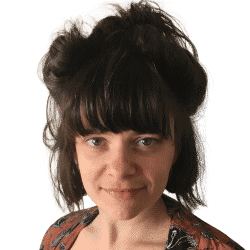 Where you live can kill you—and, in recent years, more quickly if you are female. While life expectancy has been stalling in the UK since 2014, it is the differences not only between the ‘haves’ and the ‘have nots’ but also between men and women that are perhaps most alarming.

Men do not live as long as women. But the relative advantage in longevity for women is irrelevant when considering falling life expectancy. Though rich men are continuing to live longer, poor men have not experienced any loss in life expectancy. There is however no such stability for poor women. According to the Office for National Statistics, women living in the most deprived areas of England have seen significant falls in life expectancy since 2013. This reverses a longstanding trend of increasing life expectancy across Europe.

The UK once pioneered the use of government policy as a means to explicitly address health inequality. Strategies targeted the social determinants of health, for example by expanding services and supporting communities. But a change in government in 2010 brought an end to this approach and heralded the start of an era of austerity.

After the financial crash, bailouts by the European Union and the International Monetary Fund were contingent on the implementation of stark austerity measures. Yet such measures were not confined to the bailout recipients. In the UK, austerity was prompted by state intervention in the British banking system to avoid its collapse, manifesting itself in significant spending cuts alongside relatively modest tax increases. This was underpinned by a belief that, as the budget deficit fell, confidence in the economy would be restored, stimulating economic growth.

Whether one accepted this ‘confidence’ theory or favoured a more Keynesian approach, the realities of an austerity drive have been bleak, particularly for those unfortunate enough to live in poorer areas. Consider, for example, the closure of 1,000 Sure Start centres—designed to support children and their families, particularly in deprived areas—or the dramatic risk in food banks across the UK.

While the UK’s austerity regime did reduce its deficit, it did not prompt economic growth. It did, however, exacerbate the conditions which perpetuate disadvantage and disproportionately stack the odds against those already living in constrained circumstances. Whatever the proximate cause of changing trends in life expectancy (such as the changes in specific morbidities and in mortality), the root causes are the ones on which to focus.

In 2017, research published by the shadow equalities minister suggested that 86 per cent of the burden of austerity fell on women. Attributing losses through tax and benefit changes since 2010 to the individual in a household who received the payments, women were estimated to have lost £79 billion, compared with £13 billion for men. Persisting gendered divisions in unpaid labour, disparities in earnings and hours worked, and the wider segmentation of women in the labour market, magnified the impact of austerity on women.

While male workers arguably suffered the most at the outset of the crash, fiscal austerity across Europe has begun to undermine years of progress in equality. Where the burden of care disproportionately falls on women, women will be more vulnerable to cuts in welfare and social security—particularly where they also have differential abilities to enter the labour market. Women are estimated to account for as much as 70 per cent of the public sector workforce across the EU; where austerity forces changes to working hours and imposes pay freezes or cuts across the public sector, women suffer most.

Longstanding stereotypes mean women are often the first to be considered when economic instability requires employers to restructure contracts through part-time hours or rotational shift work. In Greece women, especially pregnant women and mothers, appear to have borne the brunt of these imposed changes. Insufficient attention is paid to the need to reconcile this sort of restructuring with family obligations.

In the UK, it is suggested that changes to welfare through Universal Credit—ostensibly designed to simplify and improve the benefits system—have significantly weakened the position of those most in need. Critics contend that this system has left some claimants significantly worse off and through administrative hiccups increased the risk of hunger, debt and homelessness. The impact of these changes to welfare is compounded by such factors as the loss of Sure Start centres and heightened costs of childcare.

Single-earner households are thus incentivised, promoting an outdated model of the family. This is problematic for a number of reasons. Dependence on a partner’s income affects the power balance within a relationship, assumes that the single income is sufficient to provide for a family and increases the risk of poverty should the relationship dissolve. Moreover, it fails to recognise the many and varied family structures that exist across Europe.

The gendered impact of austerity on health manifests itself through exacerbating exposure to the social determinants of ill-health and contributing to a process which is effectively disempowering women. It is well-established that the empowerment of women is associated with improved health, for both women themselves and their children. Disempowerment may then help explain why it is the women in the poorest areas of England who have seen a reversal in their life expectancy. More research is however needed—to establish the causal mechanisms and to raise the profile of this issue.

In the meantime, policies must be revised. These should not only support the disadvantaged but also address the structural inequalities which perpetuate that disadvantage. Given the vulnerability of women to economic crisis and changing labour markets, this is a critical area.

In the UK the availability, flexibility and affordability of childcare needs revisiting, particularly insofar as this is a mechanism by which labour productivity may be increased if women are able to enter the workplace. The economic costs of increased spending on childcare and wider social security are necessary, and recoupable once economic activity increases. Labour-market opportunities need to be rendered reconcilable with family care obligations.

Falling life expectancy restricted to one subgroup of society is unjust. Pre-existing precarity in the labour market and the shouldering of much of the unpaid domestic labour within households typify the entrenched disparities between women and men, magnified in more unequal societies. It is imperative that governments be held to account for the injustices suffered.

While the age of austerity has supposedly come to an end in the UK, severe fiscal policies have eased rather than ceased. The world is watching to see how the UK and the EU cope with the impacts of whatever form Brexit ultimately takes. We must not let women remain on the margins of social, economic and political concern.