Soaring income inequality inevitably raises discussion of more progressive taxation. But a more fundamental focus on the ownership of capital is needed. 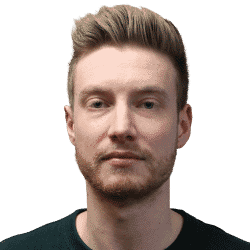 ‘Taxes, taxes, taxes … All the rest is bullsh*t in my opinion.’

The now much-travelled line from the historian Rutger Bregman at Davos 2019 is a perfect encapsulation of the Zeitgeist: inequality is out of control, we know more or less how to reduce it but, instead of actually doing anything, here we are pretending to be baffled by the state of the world.

Outside those snow-capped peaks, there is, of course, widespread recognition of the need to tackle spiralling inequality. The Organisation for Economic Co-operation and Development has spoken about it, the International Monetary Fund has written about it and reducing inequalities is enshrined in the United Nations Sustainable Development Goals.

Unfortunately, this evidence does not always translate into coherent political action. In the United Kingdom, for example, top rates of income tax have become less progressive over the decades while corporation tax has been consistently cut since 2010. Acknowledging the inequality problem is a crucial first step—but there is also a strong case for looking beyond ‘taxes, taxes, taxes’ if it is to be truly tackled.

The UK secretary of state for work and pensions, Amber Rudd, proudly proclaimed at the end of March that ‘since we entered government in 2010, income inequality has fallen’. A recurrent declaration of the current administration, this is, essentially, a half-truth.

Income inequality, as measured by the Gini coefficient (before and after housing costs), slightly increased from 2010-11 to 2017-18. Moreover, the Gini is just an average of inequalities—it doesn’t show, for instance, that the poor have been falling further behind the middle. It also omits the negative impact across (the intersections of) disability, race and gender.

Additionally, UK income-inequality statistics are plagued with problems which militate against any consistent understanding of how much income those at the very top of the distribution are actually ‘earning’. Attempts to adjust for missing information on top incomes dramatically increase levels of inequality, even though a host of income sources remain not properly accounted for. To put it bluntly, the rich are even richer than we realise.

The truth is that the initial fall in income inequality seen after the financial crisis was an aberration which has allowed the government to mask the more systemic and continuing rise in inequality the UK has experienced since the late 1970s.

The affirmation by the former prime minister Tony Blair that ‘it’s not a burning ambition for me to make sure David Beckham earns less money’ is emblematic of a much longer-run, problematic approach to inequality in the UK. ‘New’ Labour, rooted in a diluted version of the ‘trickle-down economics’ embraced by Margaret Thatcher, was—as Blair’s colleague Peter Mandelson put it—‘intensely relaxed about people getting filthy rich, as long as they pay their taxes’.

Throughout its tenure (from 1997 to 2010), achievements were made in education but the UK came out of the ‘New’ Labour years more geographically and economically divided than it entered them. As Danny Dorling has noted, ‘the shares of the richest 1 per cent rose just as quickly after 1997 as before’.

Redistributing through taxes and welfare transfers did offset the sharp rise in inequality seen throughout the Thatcher years but it did not fundamentally alter the structure of the economy. In fact, with austerity and the associated reduction in welfare, the limited ‘progress’ under ’New’ Labour was quickly undone. One need only glance at the UK’s consistently rising poverty rates to see this.

The challenge then is to move to something that is fundamentally new—not just to rely on redistribution by the state to ensure a decent standard of living but to ‘hardwire’ economic justice into the structures of the economy. The then Labour leader Ed Miliband famously referred to such ‘predistribution’ at the 2015 general election but there is a much longer history of this kind of thought from which we can draw lessons.

In an extremely prescient 1964 book, Efficiency, Equality and the Ownership of Property, James Meade warned of a future in which, among other things, there would be ‘a limited number of exceedingly wealthy property owners; the proportion of the working population required to man the extremely profitable automated industries would be small; wage rates would be depressed … we would be back in a super-world of an immiserized proletariat and of butlers, footmen, kitchen maids, and other hangers-on’.

This dystopian future was labelled the Brave New Capitalist’s Paradise. To counteract it, Meade’s vision was one of what Martin O’Neill has called ‘capital predistribution’. It did not forego the need for much higher rates of taxation but also posited the need for collective, democratic wealth.

The recurring theme throughout the big two restructurings of the UK economy over the past century has been ownership. The first was the post-war boom of state-controlled industry. The second was Thatcher’s vision and roll-out of privatisation. Democratic ownership of the economy must be a central part of any third restructuring. Such a transition moves us beyond ‘taxes, taxes, taxes’ to question the ownership and control of capital itself.

On this front, there are many proposals which hold great promise. The work being done in Preston and Cleveland in northern England on community wealth building is a well-known example but there are plenty of others: community land trusts, public ownership of utilities, sovereign wealth funds and so on.

The aim of this wave is not just to tinker around the edges of our economic system but to create one committed to democracy, equality and solidarity in the first place. As the late Erik Olin Wright wrote, ‘this means political projects for state actions from above that not only directly neutralize the harms of capitalism, but also foster the expansion of emancipatory forms of economic activity from below’.

Liam Kennedy is research officer with the think tank CLASS, leading on its economic and statistical analysis. His background is in international development. He holds an MA in poverty and development from the Institute of Development Studies.