Mayday, mayday: the leader of the European trade union movement warns of the threat from the populists in the coming EP elections. 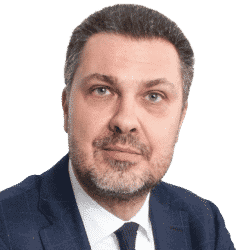 May Day is workers’ day—and for trade unionists that means celebrating the solidarity we manifest towards each other in all our diversity, whoever and wherever we are. But this May 1st is also significant because later in the month voters across Europe will be going to the polls to select their representatives in the European Parliament for the coming five years. The outcome is crucial for everyone’s wellbeing.

As media reports and citizens’ experiences at work and in their neighbourhoods attest, in recent years the European Union has not been delivering on its promise of a better life for all. Since the 2008 crisis, an EU that pledged social progress has encouraged harsh austerity measures which have widened inequalities while undermining living standards and unions’ ability to bargain and take collective action for a fairer deal. This has generated widespread scepticism and anger.

Some EU governments have claimed that they can do better—and gain more public support—by looking after their own supposedly ‘national interests’ and turning their back on European values of solidarity and integration. And some voters have been drawn to support populist parties which blame all our current problems on the EU.

We know from long experience in Europe that nationalist parties which offer easy answers—often targeting ethnic minorities—bring only conflict and damage to society. The Socialists and Democrats’ Spitzenkandidat, Frans Timmermans, calls this ‘turning the vulnerable against the weak’. Nationalism and xenophobia offer no solution to global problems such as climate change, the power of multinationals, pollution, cyber-crime and terrorism.

We are at a dangerous crossroads. I urge all trade-union members to use their vote to elect candidates who will uphold democracy, support union demands and work hard for a fairer Europe for all: young and old, women and men, employed and unemployed—from whatever ethnic background.

The EU is facing a twofold emergency—not only the democratic threat posed by nationalism and extremism, but also social challenges that include unemployment, precarious work, poverty pay and cuts in vital services. Digitalisation and globalisation are transforming and sometimes destroying jobs in Europe. A mass of evidence shows that the global climate is heading in a dangerous direction.

If we want to save jobs while protecting our environment, communities and livelihoods, we need a ‘just transition’, which guarantees workers the new skills appropriate to a greener and more digital economy and offers lifelong learning opportunities for updating such skills, at any age. All these issues need political solutions which put people first.

As trade unions, at European level, we have been fighting to defend workers’ interests—and we have had some success. The ‘European Pillar of Social Rights’ may sound bureaucratic but it has led to legal changes that will make job contracts more secure, help families to combine work and family life and protect workers moving between EU member states, by ensuring equal pay and working conditions for equal work.

It is just a start, and we desperately need representatives in the European Parliament who will be willing to go much further. To that end, also this month, we will be holding our ETUC Congress in Vienna, with delegates from all over Europe set to approve a programme of tough trade-union action and demands on behalf of working people.

Although the economic crisis was not their fault, EU leaders have made a lot of mistakes since its onset in 2008. But now we have a chance to influence what happens over the next five years. We have a choice—and it could not be more important.

We can elect extremists who will go to the European Parliament with the aim of undermining and wrecking European solidarity (while being paid by us, the taxpayers, to do it!). Or we can vote for candidates who support democracy, freedom and social progress.

We call on EU citizens to vote for democracy and social justice, for a fairer Europe for workers—and against extremism, intolerance and hate.