Christian R. Proaño was born in 1980 in Quito, Ecuador. He studied Economics at the Catholic University Ecuador (PUCE) and at Bielefeld University, subsequent promotion in 2008. From 2008 until 2010 he was research economist at the Macroeconomic Policy Institute (IMK) in the Hans-Böckler Foundation in Düsseldorf. From 2010 until 2015 Assistant Professor of Economics at the New School for Social Research in New York, NY. Since May 2015 holder of the Professorship for Economics, especially Empirical Economics at the Otto-Friedrich-University Bamberg in Germany. He is co-author of more than 30 articles in peer-reviewed academic journals such as Journal of Economic Dynamics and Control, Journal of Economic Behavior and Organization, Journal of International Money and Finance, Journal of Applied Econometrics, among others, various books on macroeconomic theory and numerous additional publications. 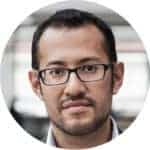 Outgoing US President Barack Obama has named the reduction of economic inequality as the “defining challenge of our time”. This is true not only for the United States – the richest country and, at the same time, the one with the highest wealth inequality – but also for a large number of countries around the […]