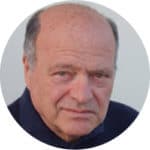 Most Marxists and anti-Marxists alike probably fail to realise that the highest praise for capitalism is to be found in Marx and Engels, Manifesto of the Communist Party (1848), that readily recognised that the capitalist system promoted urbanisation, industrialisation, technical progress, economic growth and prosperity on an unprecedented scale: The bourgeoisie, during its rule of […]

“A flat tax is for a flat earth”: This was my answer to Grzegorz Kolodko, Poland’s Minister of Finance and First Deputy Premier for the Economy (1994-97 and 2002-03), when in the mid-1990s he asked me – his adviser sponsored by the European Commission – for an opinion on the feasibility and desirability of introducing […]