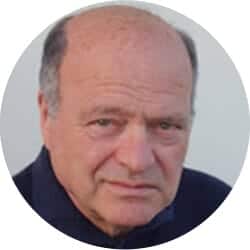 “A flat tax is for a flat earth”: This was my answer to Grzegorz Kolodko, Poland’s Minister of Finance and First Deputy Premier for the Economy (1994-97 and 2002-03), when in the mid-1990s he asked me – his adviser sponsored by the European Commission – for an opinion on the feasibility and desirability of introducing a flat tax.  I recommended instead a reduction of indirect taxation and the introduction of a tax on capital gains.

To his credit Grzegorz listened to me on the flat tax, he reduced the number and level of marginal tax rates but at the same time he raised public expenditure on investment and on re-distribution, introduced an industrial policy that did not seek to pick winners but promoted high value added and export activities, and his package worked well.

The introduction of a flat tax became a major issue in the policy discussions on the eve of the Italian elections, as it was vigorously propounded by Silvio Berlusconi and the leaders of his right-wing coalition. My views on the flat tax have not changed at all in the intervening years.

There are two main arguments in favour of a flat tax:

According to established legend (Wanniski 1978) in 1974 Arthur Laffer, then a professor at Chicago University, drew the curve named after him, depicting tax revenue as a function of the tax rate, on a napkin at a dinner in a Washington restaurant to illustrate the effects of President Ford’s tax cuts. Except that he did not draw it on the basis of empirical evidence, but simply noting that, for a zero tax rate, tax revenue would obviously be zero, and assuming that for a 100% tax rate there would be a zero revenue because nobody would work or invest for a zero after-tax return. He also presumed that there would be a continuous parabolic shaped curve in between those two points and drew a maximum around a 50% tax rate. Thus, you could obtain the same tax revenue with a low tax rate on a large tax basis or with a high tax rate on a smaller basis.

Laffer (2004) acknowledged that already in the 14th century the Tunisian philosopher Ibn Khaldun had noticed this possibility, which had also been asserted by many other thinkers including Keynes: “… taxation may be so high […] that […] a reduction of taxation will run a better chance than an increase of balancing the budget”.

The trouble is that actual empirical estimates of revenue-maximizing tax rates have varied widely, with a mid-range of around 70% (Fullerton 2008, which fits with the “so high rate” stipulated by Keynes), while current tax rates in OECD countries average about half that rate. So much so that the IMF Fiscal Monitor of October 2017 actually recommends raising tax rates in a progressive fashion in order to reduce current excessive inequality of income and wealth, for “There is little evidence that increased progressivity reduces growth”.

More importantly, a 100% flat tax rate is plainly silly, for a progressive tax can reach fairly high marginal rates, historically even 90% and higher, without ever yielding a zero tax revenue. Indeed, it has been argued that the Laffer curve might well be increasing monotonically, and in any case even a flat tax of 100% might yield substantial revenue in special circumstances like wartime or even in normal times depending on behavioural assumptions.

As for the second argument in favour of a flat tax, there is absolutely no evidence that a low tax rate – flat or not – encourages the payment of taxes otherwise evaded at higher rates. And why should it, as Schumpeter put it: there is no good reason for anybody not reaping a benefit just because it is small.

Critics of a flat tax lament its lack of progressiveness.  Supporters – such as Berlusconi – are quick to point out that in most OECD countries, including Italy, there already is a flat tax on capital incomes, at a constant rate lower than the higher progressive rates on earned incomes, so that a uniform flat tax levied at an intermediate rate would be more progressive than the current system. And, anyway, the presence of a tax-exempt threshold maintains a degree of progressiveness, as required for instance by the Italian Constitution, art. 53; “The tax system shall be progressive”.

These answers to critics of the flat tax are not good enough, because the first comma of art. 53 states also that “Every person shall contribute to public expenditure in accordance with their capability”.  The progressiveness of a flat tax is minimal, depending exclusively on the size of the tax-free initial threshold, and may be regarded rightly as constitutionally inadequate: the average tax rate rises slowly, approaching gradually from below the flat fixed rate on taxable income, and significant progressiveness would only be achieved for extremely large tax-free thresholds, counterproductive for tax revenue. The corresponding reduction in the current progressive tax on earned income would not benefit ordinary workers but only overpaid managers, making after-tax distribution of earned incomes more unequal. While the reduction of current excessively high levels of public debt, as well as the reduction of excessive degrees of inequality of income and wealth, are best served by a genuinely more progressive tax system of the kind recommended by the IMF.

On 24 January last the Washington Post reported that Mike Hughes, a 61-year limo driver from California and a flat-Earth strong believer, has been planning to launch a self-built rocket to propel himself 52 miles into space in order to be able to see for himself that the Earth is flat, for “in many months of research I’ve not been able to prove otherwise” – he said. The trouble is that the project would cost 2 million dollars to finance the building and fuelling of the rocket, a space-suit and a hot-air balloon (Mike Hughes is a bit vague about his logistics), and he was only able to raise $8,000 from GoFundMe. As he now has a fellow flat-earther in billionaire Silvio Berlusconi, it would be best for Silvio to fund the project in exchange for a lift in the same rocket, and all will end well both in California and in Italy, in the best of all possible worlds.