George Soros is Chairman of Soros Fund Management and of the Open Society Institute. 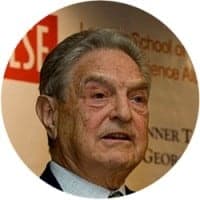 Economic reality is beginning to catch up with the false hopes of many Britons. One year ago, when a slim majority voted for the United Kingdom’s withdrawal from the European Union, they believed the promises of the popular press, and of the politicians who backed the Leave campaign, that Brexit would not reduce their living standards. […]

The asylum policy that emerged from the European Union’s negotiations last month with Turkey became effective on April 4, when 202 asylum-seekers were deported from Greece. The policy has four fundamental flaws. It was negotiated with Turkey and imposed on the EU by German Chancellor Angela Merkel. It is severely under-funded. It is not voluntary, […]

The European Union needs to accept responsibility for the lack of a common asylum policy, which has transformed this year’s growing influx of refugees from a manageable problem into yet another political crisis. Each member state has selfishly focused on its own interests, often acting against the interests of others. This precipitated panic among asylum […]